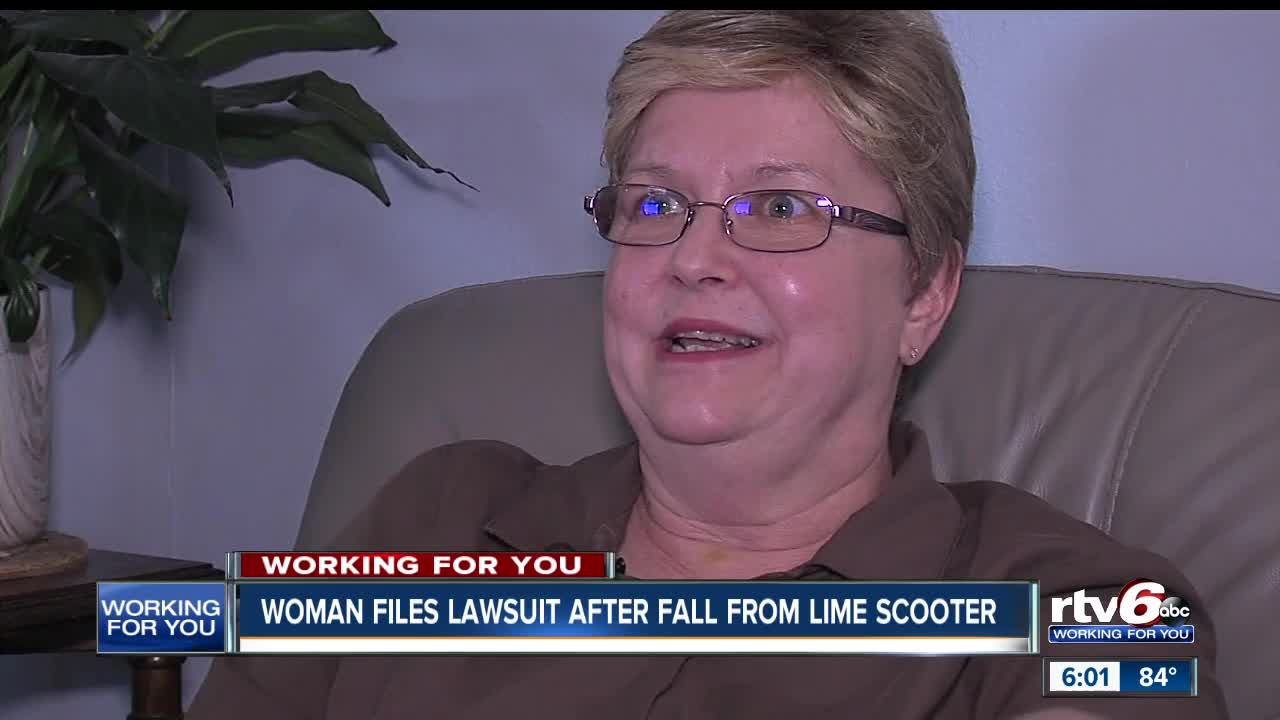 An Indianapolis woman filed a lawsuit against a scooter company after she was thrown from one and suffered a traumatic brain injury. 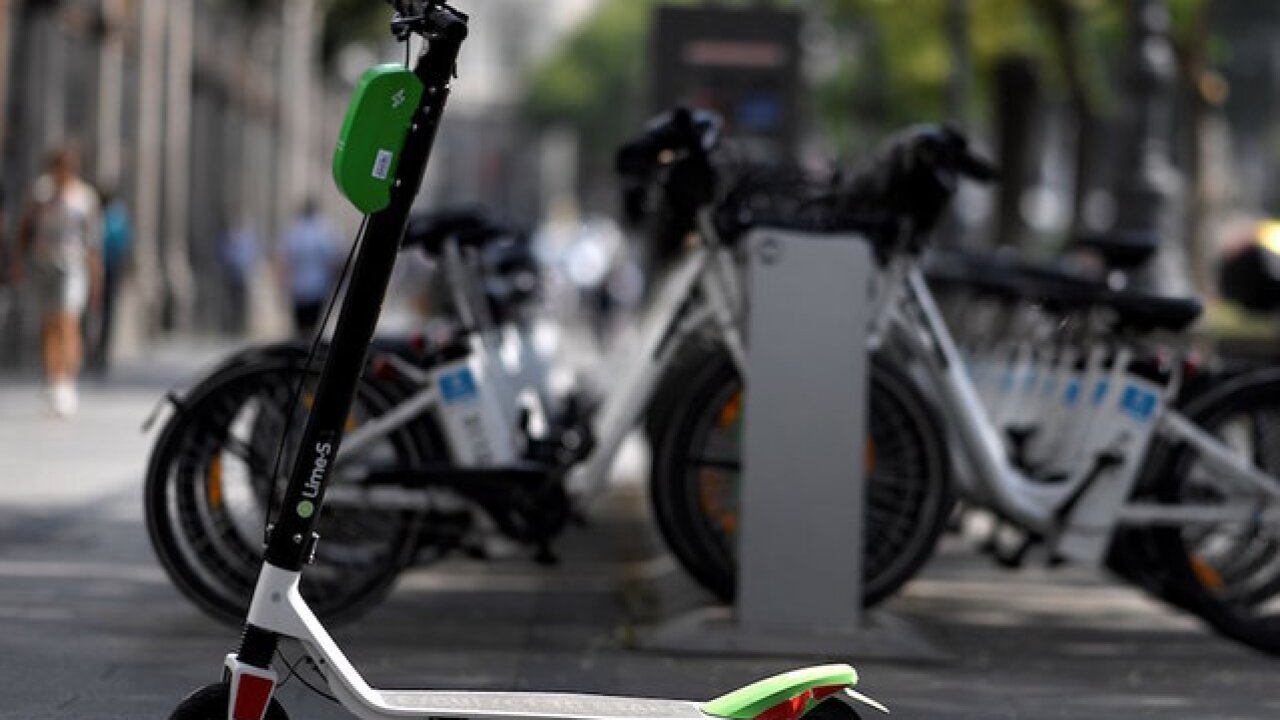 INDIANAPOLIS — An Indianapolis woman who was severely injured while using a Lime scooter has filed a lawsuit in federal court alleging the scooters are defective.

Paula Speer suffered a traumatic brain injury and other injuries on June 14 when “she was thrown from the scooter,” the lawsuit reads.

“I have no memory of it, but I know what happened,” Speer said. “I hit the road, my head hit the road when I was thrown from the scooter.”

Speer did not see the user agreement since she was sharing the scooter with friends, and was not wearing a helmet.

“They don’t provide helmets at all,” said Paula’s husband, Leonard Speer. “It was life-changing what happened.”

Paula Speer can no longer read, spell or drive.

“She was the rock of the family and took care of everything,” Leonard said.

Speer and her husband filed the lawsuit on Sept. 19 in the United States District Court Southern District of Indiana Indianapolis division against Neutron Holdings, Ninebot and Segway.

“What happened could happen to anybody of any age, and we just want people to be aware so this same thing doesn’t happen to someone else,” said Paula Speer.

Speer alleges the scooters have defects including the sticking of the accelerator, unstable center of gravity, small wheels, and the dangerous operation of the brakes, which may have caused the scooter to throw Speer forward and onto the pavement when she attempted to stop the rapidly accelerating scooter, read the lawsuit.

“Paula Speer used the scooter precisely as it was intended to be used,” read the lawsuit. “Paula Speer did not sign a user agreement or any other documentation prior to using the scooter in question.”

Speer’s attorney, Eric Pavlack of Pavlack Law, is suing the companies under the Indiana Product Liability Act and accuses Neutron of negligence by failing to maintain the scooter in “safe and operational condition.”

Pavlack said he wants people to know about what can happen.

“No matter who you are or what your experience level is, they’re really wobbly,” Pavlack said. “They’re really unstable and just inherently dangerous.”

Pavlack said Speer didn’t sign the Lime user agreement, and thus, was unaware of the risk.

Pavlack said the lawsuit is important because scooters have flooded Indiana cities.

“People are getting hurt at alarming rates,” Pavlack said. “At least make them safer, and if not, pull them from the streets entirely.”

Speer’s husband has suffered from the loss of love, care companionship, and affection of his wife, read the lawsuit.

RTV6 reached out to Lime for comment on the lawsuit.

"While we can’t comment on active litigation, the safety of our riders and community is our highest priority," read a statement from a Lime spokesperson.

RELATED | Who is enforcing scooter laws?

Speer is asking for a judgment to compensate the family for losses and damages they have and will sustain as a result of the scooter incident.

Neutron has deployed scooters in cities throughout Indiana including Bloomington, Elkhart, Indianapolis and South Bend.

Indianapolis Metro Police has issued several public service announcements telling riders to wear helmets and ride in the street, not on sidewalks or on the cultural trail.

Before a Lime scooter will become operational, you have to accept the User agreement.

“You agree that such risks, dangers, and hazards are Your sole responsibility, including, but not limited to, choosing whether to wear a helmet other protective gear,” read the agreement. “Lime advises You to wear a Snell, CPSC, ANSI or ASTM approved helmet that has been properly sized, fitted and fastened according to the manufacturer’s instructions at all times while using any of the Products, whether required by law or not. You expressly understand and agree that it is solely Your responsibility to determine whether You are required to wear a helmet in the particular jurisdiction in which You are using the Products.”

The Lime User agreement also says, “If You do not wear a Snell, CPSC, ANSI or ASTM approved helmet that has been properly sized, fitted and fastened according to the manufacturer’s instructions, You do so at Your own risk. A helmet and protective gear, even when used, do not eliminate the risk of bodily injury in the event of an accident.”