Meijer recalls some brand products with apples due to Listeria concerns 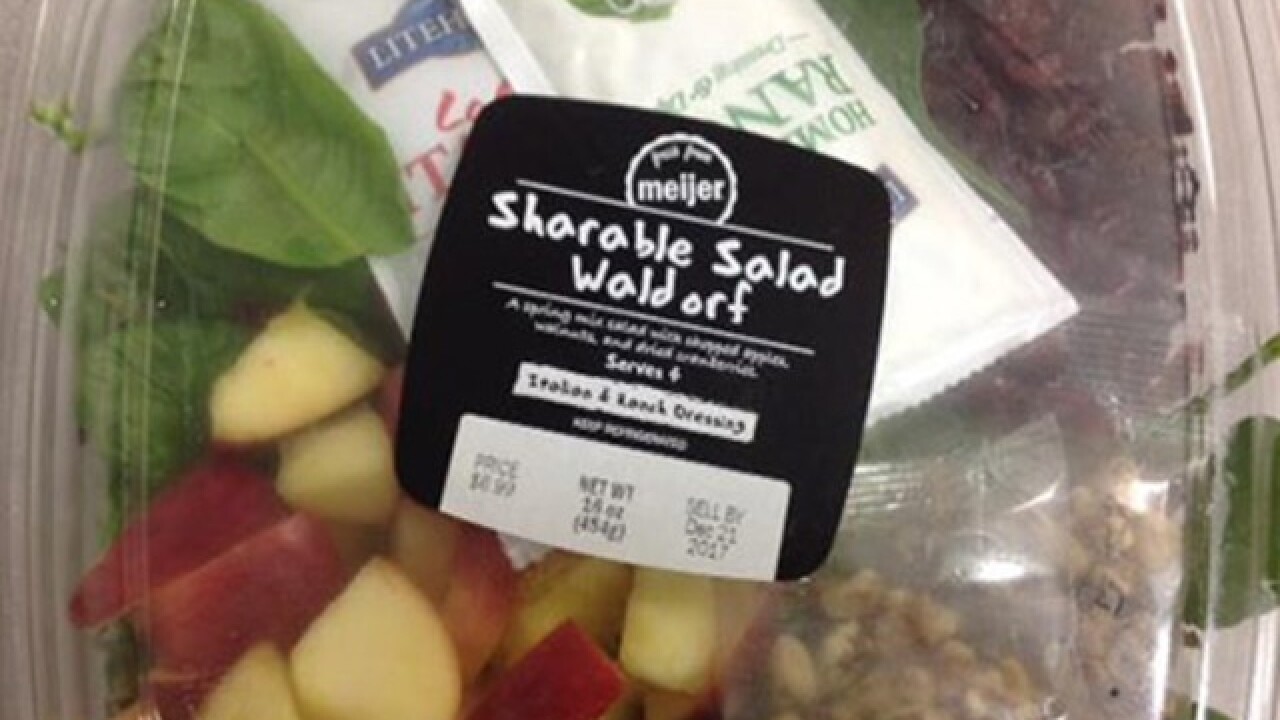 INDIANAPOLIS -- Meijer has announced a recall of select Meijer Brand fresh packaged products that contain apples due to Listeria concerns.

The affected products include:

The affected products include sell by dates between December 17, 2017, and December 21, 2017. They were sold in Michigan, Ohio, Indiana, Illinois, Kentucky and Wisconsin.

There are no known illnesses, and customers should either throw out the product or return it for a full refund.

The Meijer apples, supplied by Fresh-Pak Inc., came from Jack Brown produce. Jack Brown announced an apple recall last week after it was found that apples sold in Indiana and other states could be contaminated with Listeria monocytogenes.