9-year-old claims third-grade teacher choked her; IPS says they are investigating 'an incident' 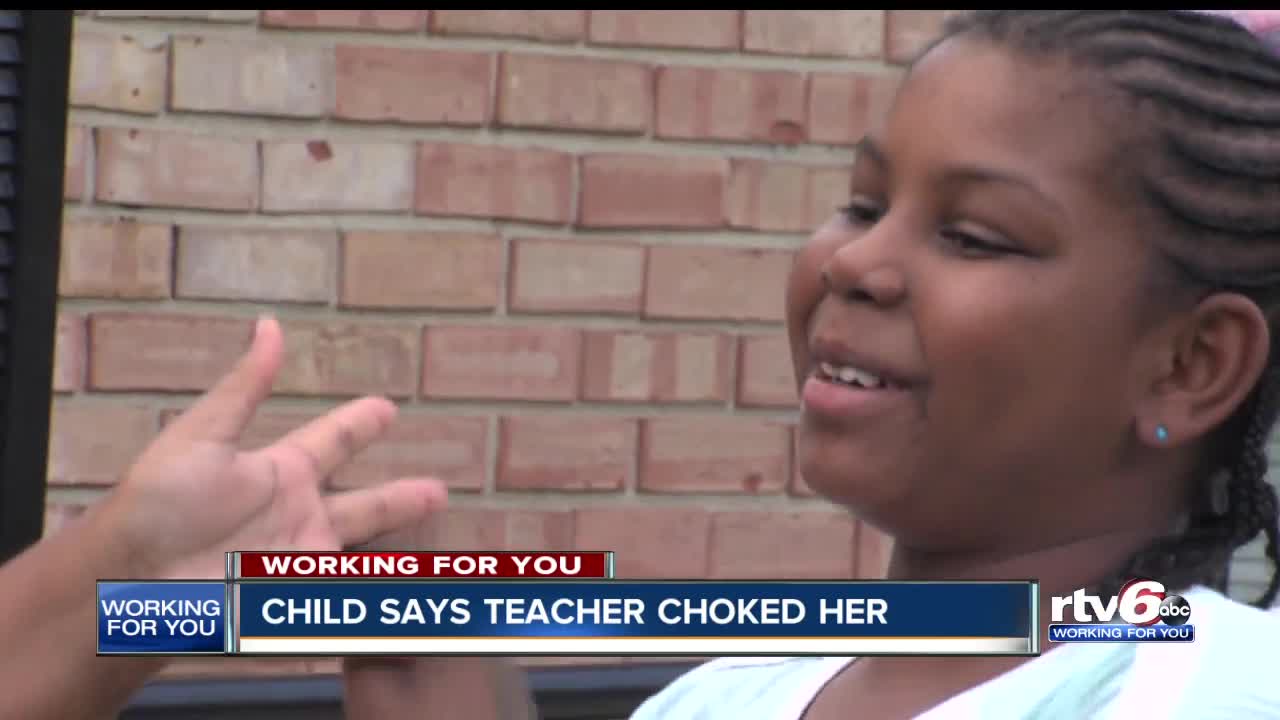 An Indianapolis couple is demanding answers after their 9-year-old claims she was choked by her third-grade teacher for not using a pencil Tuesday morning. 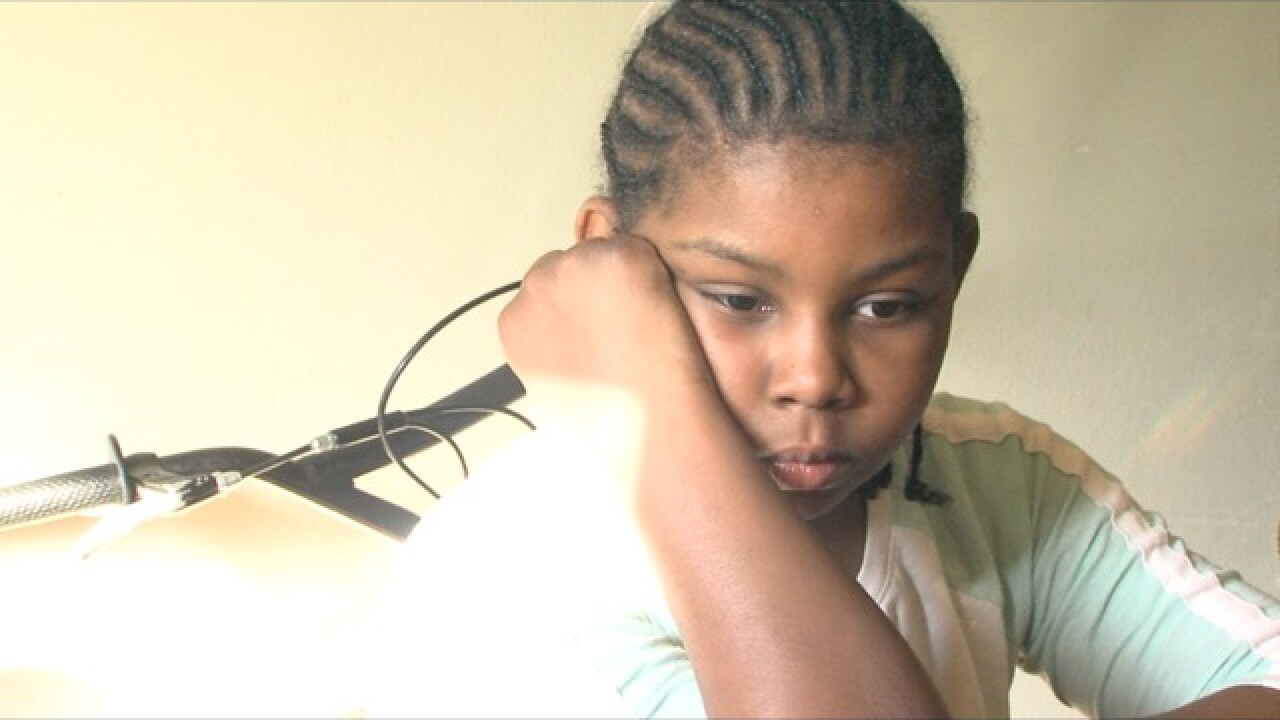 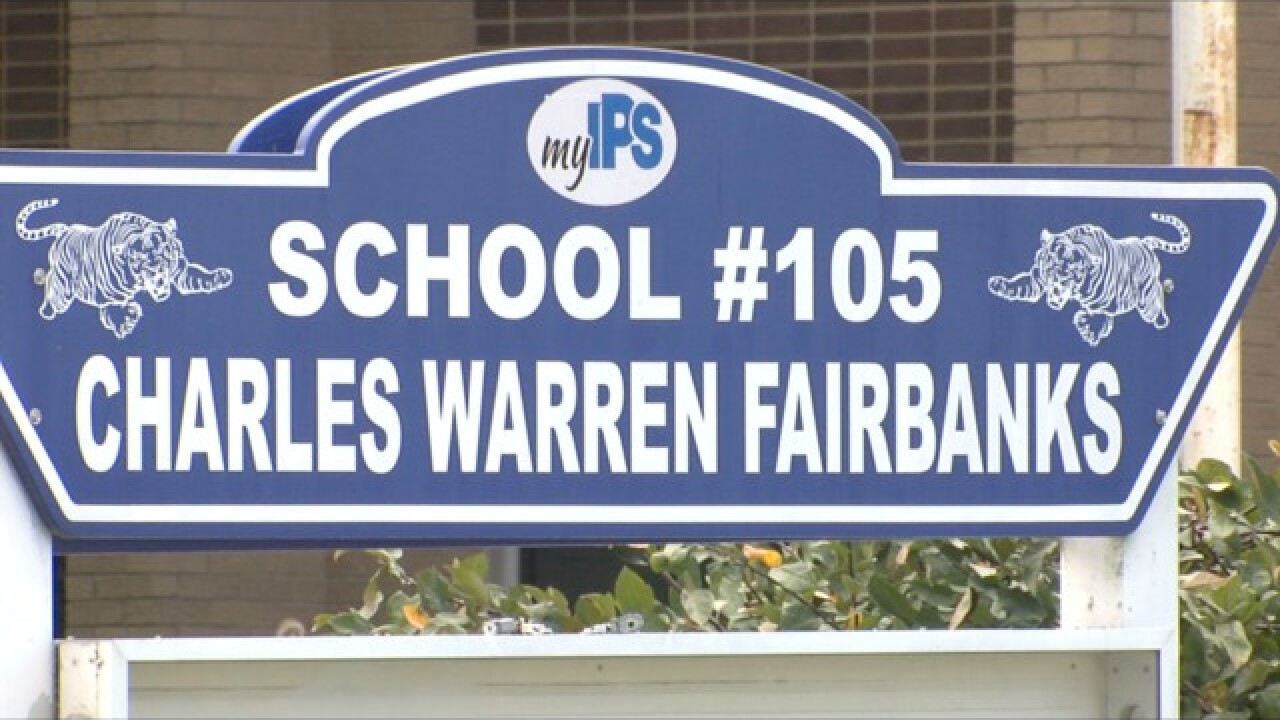 INDIANAPOLIS -- An Indianapolis couple is demanding answers after their 9-year-old claims she was choked by her third-grade teacher for not using a pencil Tuesday morning.

A spokeswoman for Indianapolis Public Schools says the district is investigating allegations from an incident that occurred at Fairbanks School 105. We also inquired about the teacher's current employment status, but IPS says they cannot comment on personnel matters.

David Taylor says he got a call Tuesday morning from the school saying his daughter, Jahyanna, was being disrespectful, but Jahyanna says that's not all that happened.

"Well she had come out and said 'my teacher choked me,'" said David. "She isn't going to just come to me and say this."

Jayhanna said the incident started after she used the wrong writing utensil.

"The whole class had a pencil for themselves and nobody had an extra pencil," said Jahyanna. "I didn't either, so I just used the pen. Then the teacher choked me and got the pen."

Jahyanna's mother, Jennifer, says they've never had an issue with the school before - but they've heard complaints about her new teacher since this school year started.

"This new teacher and Jahyanna's been telling me she's always yelling and telling them to shut up and she's mean," said Jennifer. "I wanted to give her (teacher) the benefit of the doubt because I know how 9-year-olds can be, but when this happened, I'm like - 'Well, she's been telling the truth all along.'"

IPS issued a statement saying they are aware of an "alleged classroom incident" at the school and that all necessary reports were immediately filed.

“Indianapolis Public Schools is aware of an alleged classroom incident at Charles W. Fairbanks School 105 that was reported this morning.  All of the necessary reports were immediately filed. The case is now under investigation by IPS Police.”

The investigation could be a difficult task for IPS police, as there are no cameras inside the classrooms, potentially pitting the student's account of what allegedly happened against that of her teacher.

RTV6 has also reached out privately to the teacher in question, who has not been named by the district. So far, that teacher has not responded to requests for comment or explanation about the alleged incident.