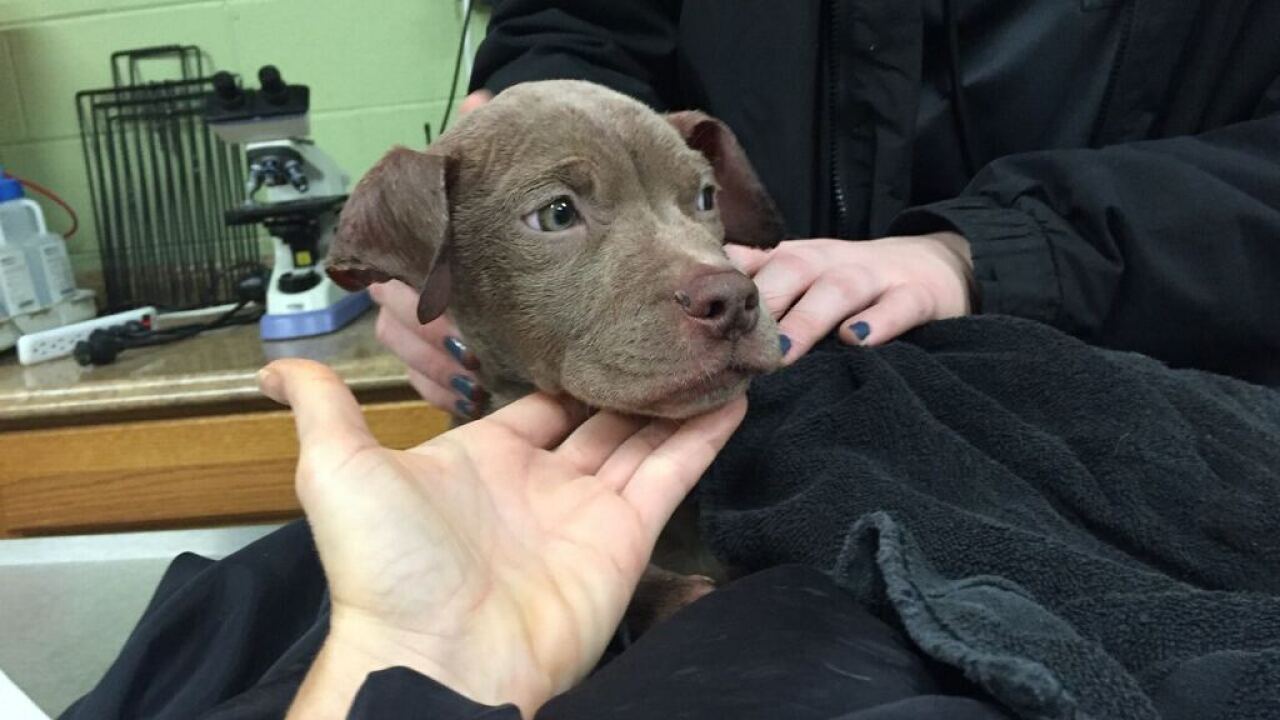 INDIANAPOLIS — Police are asking for the public's help to identify a man accused of throwing a bag with an injured puppy out the window of his vehicle.

Indianapolis Metropolitan Police Department officers were called to the 10000 block of E. Washington Street on December 23 after a witness saw a man pull up in a silver four-door vehicle and throw a bag out of his window. The bag contained a male pit bull puppy, which police believe was just a few months old. The pup had a broken leg and a prolapsed rectum.

Witnesses described the man as being in his late 20s to early 30s and wearing all black clothing including gloves and a beanie cap. He was driving a possibly newer model silver Ford Fusion.

The puppy is now recovering from his injuries.

Police ask anyone with information about who the man might be to contact IMPD or Crime Stoppers of Central Indiana at 317-262-8477.

The photo below is of the vehicle the possible suspect was driving.