INDIANAPOLIS -- Portions of Interstate 65 in Indianapolis will be closed for about a month starting in July while crews work to rehabilitate seven bridges.

The Indiana Department of Transportation says the closures are anticipated to last from July 1 to August 5 and will include the southbound lanes of I-65 between the I-65/I-465 interchange on the northwest side of Indianapolis.

During the closure, traffic on southbound I-65 on the northwest side will be detoured via I-465 south or I-865 east.

The entrance and exit ramps at the Dr. Martin Luther King Street / West Street interchange (exit 114) will also be closed but the entrance ramp from 21st Street to northbound I-65 will remain open.

You can stay updated on this project by visiting the I-65 Bridge Rehabilitation Project webpage at Indy.gov. 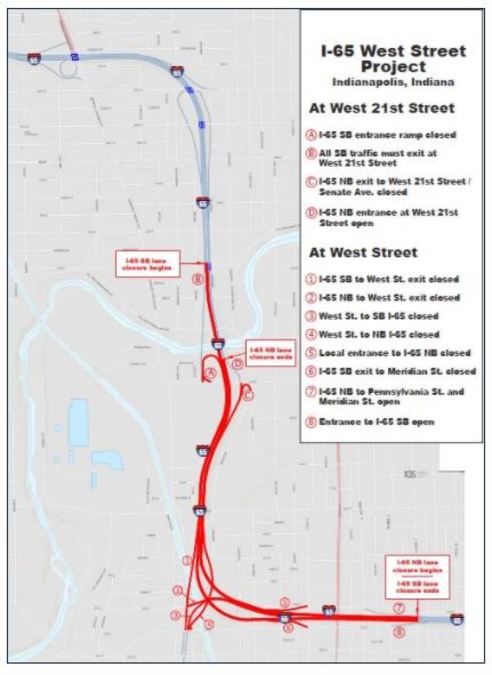