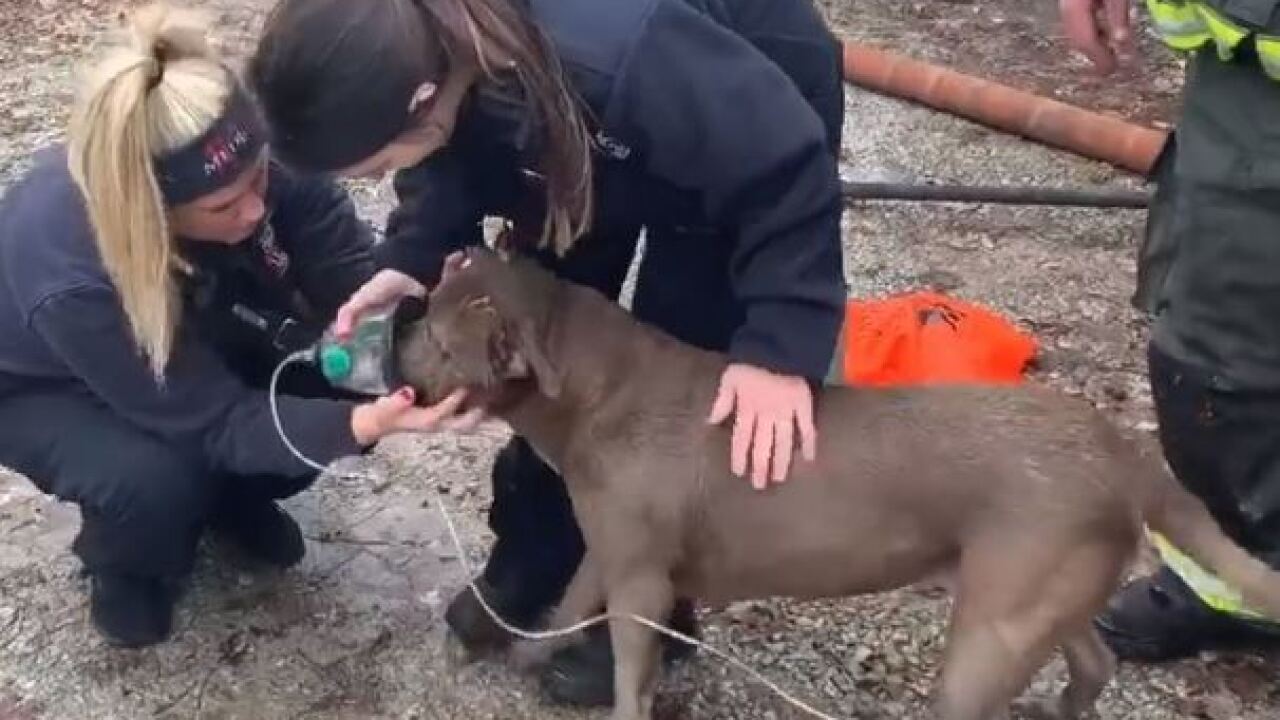 WAYNE TOWNSHIP, Ind. -- Firefighters used an oxygen mask to save a dog they rescued from a garage fire in Wayne Township Monday afternoon.

Firefighters were called to a home in the 700 block of Whitcomb Avenue around 1 p.m. where they were quickly able to bring the fire under control.

Crews rescued a female dog named Lucy from inside the structure. Lucy was nearly unconscious but after a few minutes of oxygen and some TLC from firefighters and medics, she was wagging her tail again.

Watch the video from Lucy's rescue below.