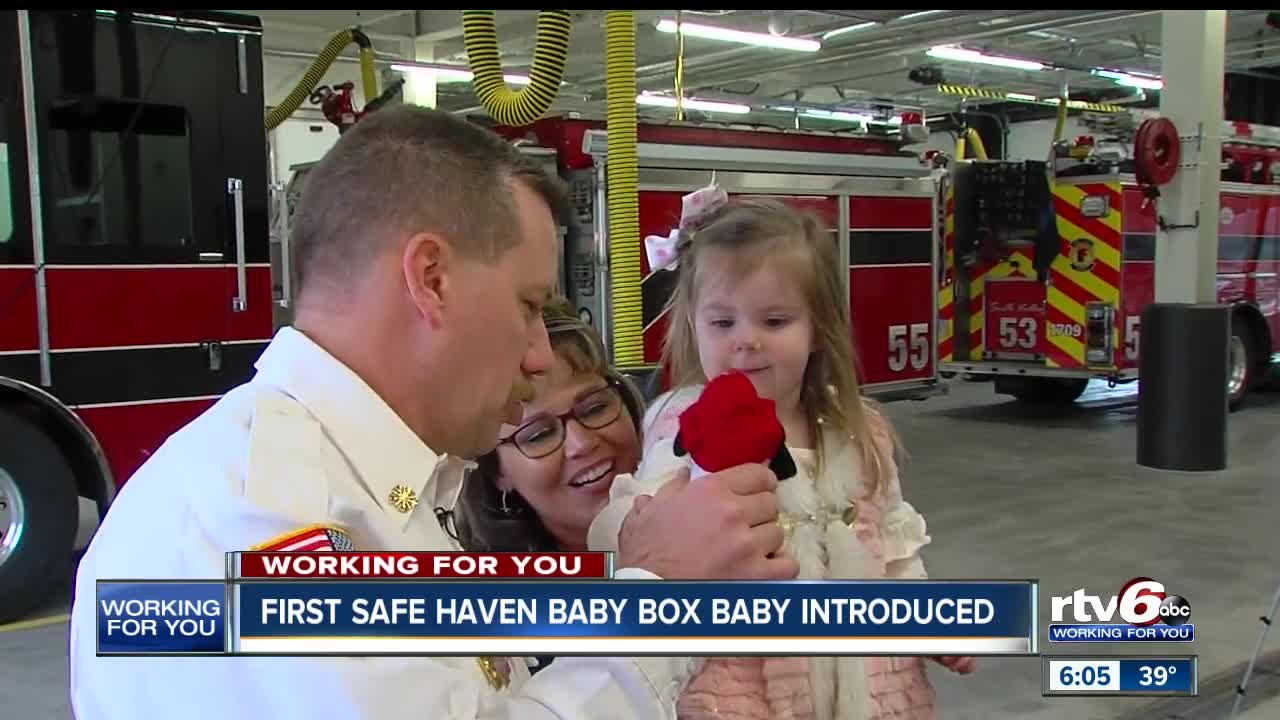 The adopted parents of the first infant ever surrendered at a baby box in Indiana speak about their experience. 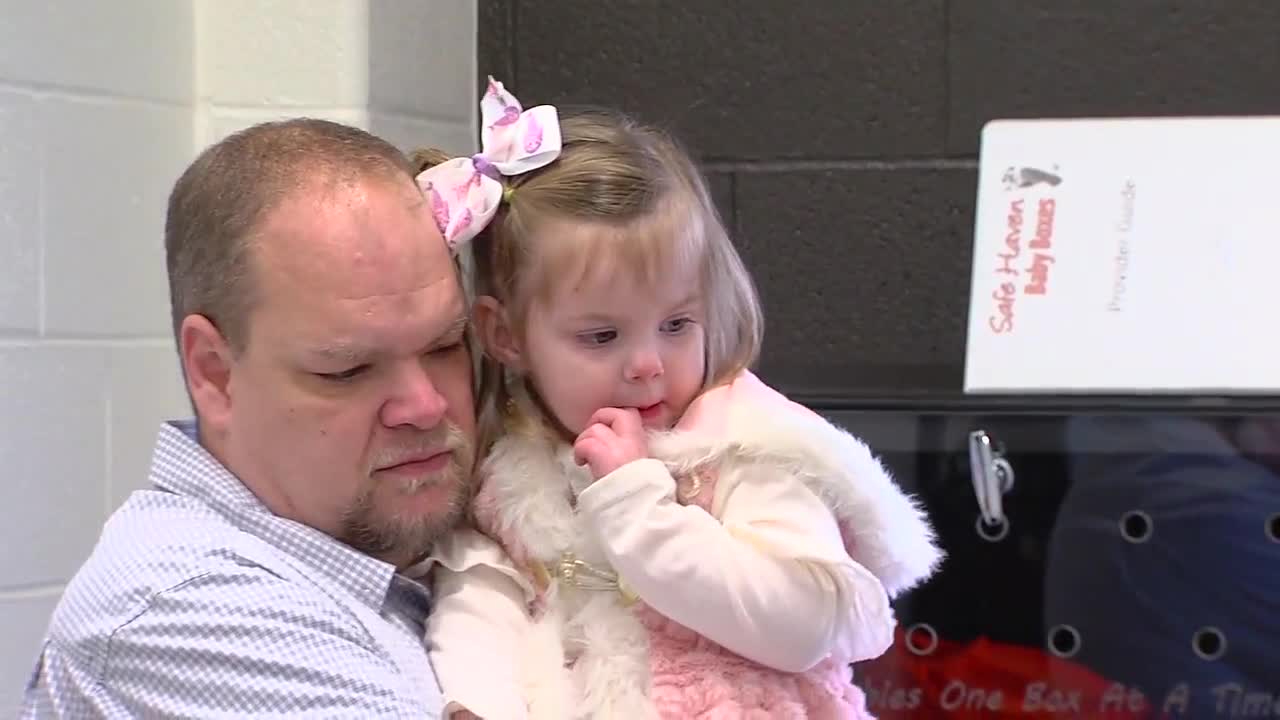 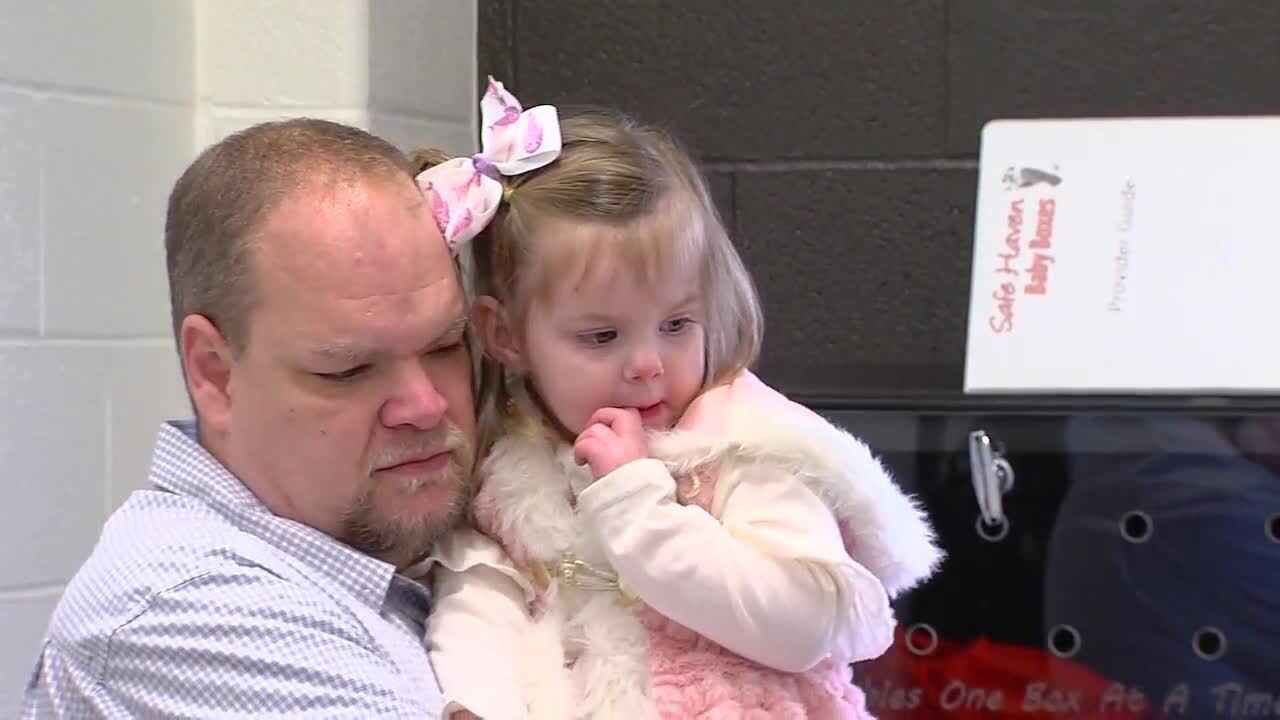 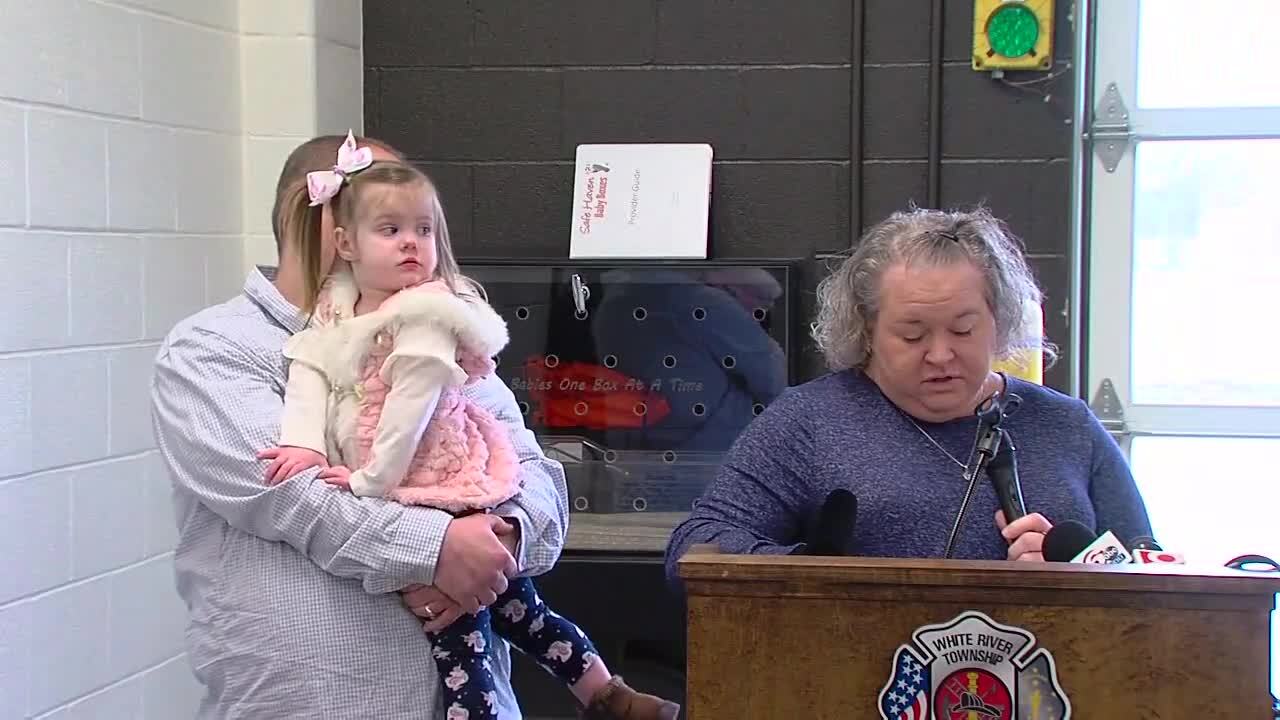 Grace Harger became Indiana's very first Safe Haven Baby Box baby when she was placed into the box at the Coolspring Township Fire Department in Michigan City on Nov. 7, 2017.

She was called "Baby Hope" and received the name "Grace" when she was adopted by Misty and Phil Harger on May 24 of that year.

Grace is now two years old and is thriving with her adopted family, something that her mom says may have never happened it if wasn't for that baby box.

"Safe Haven Baby Boxes has changed our lives forever," Misty said. "Holding this little girl in our arms was one of the greatest blessings we've ever received. We thank God every day that her mother made the decision to put her in the baby box in Michigan City, Indiana. Without these fire stations and safe haven laws, babies like Grace end up in terrible places."

The box unveiled in Greenwood on Friday at Fire Station 53 is the 21st box in the state of Indiana and the 25th Safe Haven Baby Box the organization has placed in the country. Five infants have been safely surrendered in a Safe Haven Baby Box since November 2017.

Misty and Phil shared their story at the dedication as a message to both parents who are still waiting for children and mothers who think they have no options.

"We have the same story of infertility and failed adoptions that so many of these families have, but we decided to become foster parents because we thought God was calling us to do that and because we were tired of seeing children and babies abandoned or killed on the news," Misty said. "We thought if we can't bring a child into this world ourselves than we will care for one that is already here."

The goal of Safe Haven Baby Boxes is to make it so mothers have a safe place to surrender their newborns anonymously and without fear of repercussions.

"I want women to trust us. I want women to come here if they need to use this resource. This box offers no shame no blame and no names," Safe Haven Baby Boxes founder Monica Kelsey said. "A lot of people just see the story at the beginning. They don't get to see what these boxes are doing for families."

Baby boxes are safe incubators that have alarm systems, so 911 is notified as soon as a baby is placed inside. The baby boxes also have heating and cooling features.

Jeremy Pell, the chief at the White River Township Fire Department, said he hopes they never have to use their new Safe Haven Baby Box, but he has a message for mothers who may be struggling.

"As difficult of a decision as that might be, that child will be in good hands," Pell said. "It will have a hope and a future and it will be loved and cared for."

Indiana's Safe Haven law allows the anonymous surrender of healthy infants at any fire station in the state without fear of criminal prosecution.

LIST | Find a Safe Haven Baby Box Near You

Watch the video below to hear Misty tell their story and why Safe Haven Baby Boxes are changing lives.