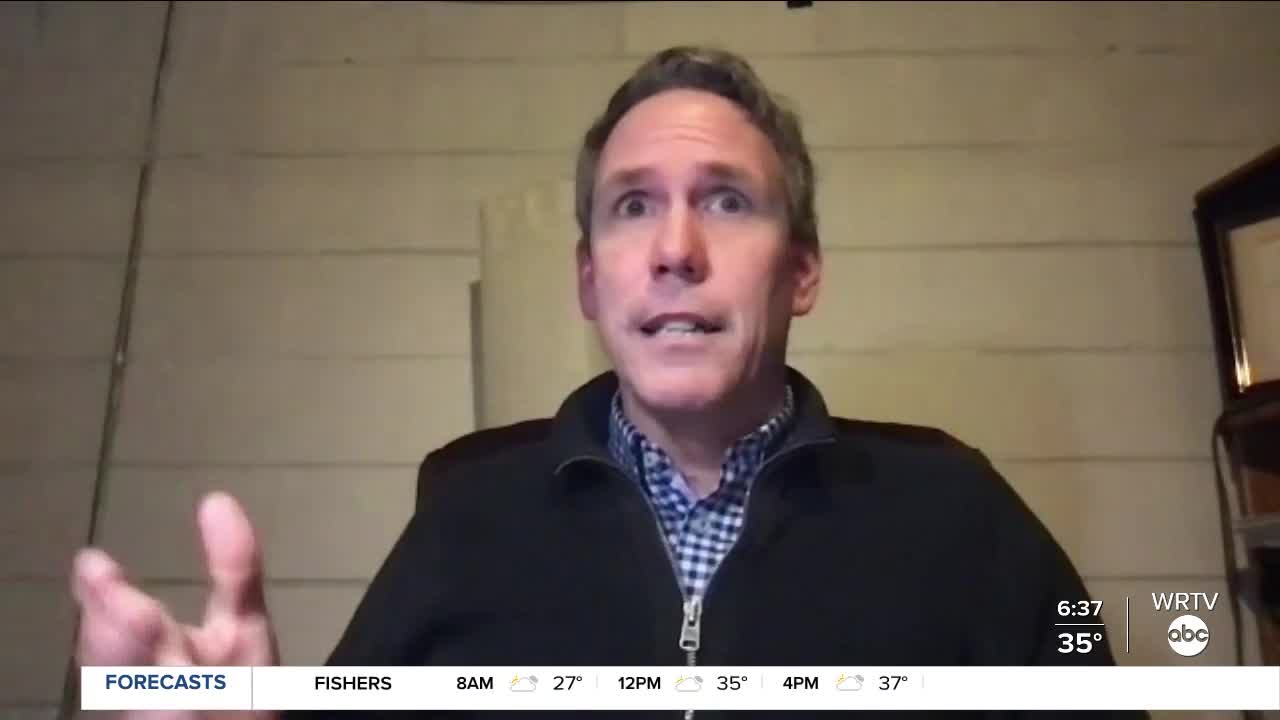 Wednesday's riot at the U.S. Capitol was the first time it has been breached since the War of 1812.

INDIANAPOLIS — Many Americans are still trying to make sense of what happened Wednesday when violent rioters stormed the U.S. Capitol Building. Professor Ray Haberski with the IUPUI History Department tells WRTV, something like this has never happened before. He lays the incident at President Trump's feet and said it has been building up over the last several years.

WRTV also asked him about the push by some in Congress to draw up Articles of Impeachment or invoke the 25th Amendment for what they say is his role in the violence we saw Wednesday. Both could lead to President Trump being removed from office with less than two weeks to go before his term ends.

"In some ways, we've never had a president, who so clearly shows us what the amendment is for, but that's our problem. It is so outside of our realm of understanding and comprehension that it's hard for us to imagine invoking it," Professor Haberski said.

Many people have compared Wednesday's violent riot to other demonstrations that have happened, many specifically mentioning the protest and unrest that happened after the deaths of George Floyd and Breonna Taylor. Professor Haberski says it's important to make the distinction between what happened Wednesday and those protests.

"From Civil Rights to the Vietnam War, Nixon, Reagan, even Clinton, there was a point to them. There were social ideas in them. The idea here is just to undermine the institution of government that allows things to function," Professor Haberski said.

An extended interview with Professor Haberski can be found below.