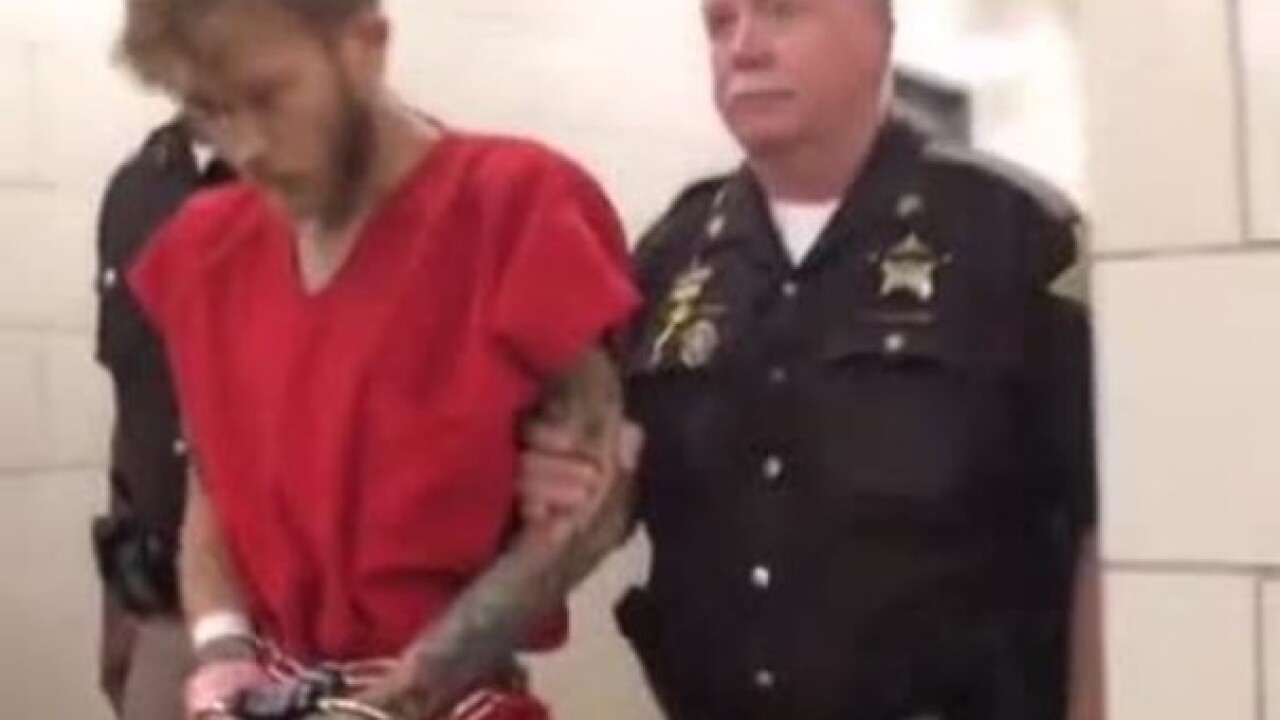 Copyright 2017 Scripps Media, Inc. All rights reserved. This material may not be published, broadcast, rewritten, or redistributed.
<p>Jason Brown walks to his first court appearance</p>

INDIANAPOLIS -- The man accused of killing a Southport Police Department lieutenant who was trying to help him could face the death penalty.

Jason Brown is accused of shooting Lt. Aaron Allan multiple times after flipping his car near the intersection of Madison Avenue and Maynard Drive.

Lt. Allan was rushed to the hospital where he later died.

Brown is charged with murder in Lt. Allan's death. He made his first court appearance in Marion County court Wednesday and pleaded not guilty to that charge.

Call 6 Investigates has learned that the prosecutor has begun to review whether or not to pursue the death penalty. No decision has been made at this time.

Brown's trial date is set for October 16. If the death penalty is on the table, it's likely that trial date will be pushed back.

IN DEPTH | 'Is it justice, or is it vengeance?' Indiana can't execute offenders right now. Does it need to?

Neither Brown, nor his lawyer, addressed the media at Wednesday's hearing.

When asked if he was sorry for what happened, Brown said nothing and continued walking into the courthouse.

You can watch video of Brown's arrival to the hearing in the video player above.

If Jason Brown case becomes a death penalty case it's unlikely a trial will begin Oct. 16th. His lawyer didn't talk with the media .@RTV6 pic.twitter.com/EYwSgD8qXw

Judge Sheila Carlisle also granted a request by the Marion County Sheriff’s Office to move Brown to the Indiana Department of Correction for safekeeping while he awaits trial.

Motion granted today to move Jason Brown to the IDOC for safekeeping while he awaits trial. pic.twitter.com/ORew0eGTSJ

In the motion, filed Tuesday and granted Wednesday, the sheriff’s office said Brown was still being kept in the jail’s medical unit, but that he would soon be moved to administrative segregation for his own protection.

Because Brown potentially faces at least two years in pretrial detention, as is common with murder cases, the sheriff’s office said IDOC would be better equipped to hold him since the jail is not intended for long-term detention.

The motion also says the sheriff’s office “does believe that the segregated detention is necessary for the defendant’s safety due to the nature of the pending charges.”

RELATED |   Jason Brown out of the hospital, arrives in court | Owner of the shop where suspected cop killer Jason Brown worked: "Please don't condemn us all" | Who is Jason Brown? Woman who's known him his whole life says shooting suspect is 'shy & timid' | Numbers show officer's shooting like nothing Southport has ever seen | In her words: Wife of Lt. Allan remembers her husband | Hours before he was killed, Lt. Aaron Allan walked his son to his first day of kindergarten | Remembering Southport police Lt. Aaron Allan: A father, a husband & first to rush to those in need | Southport officer thought he was responding to a routine crash, instead he was shot to death