LGBTQ allies coming together to support each other in Pendleton 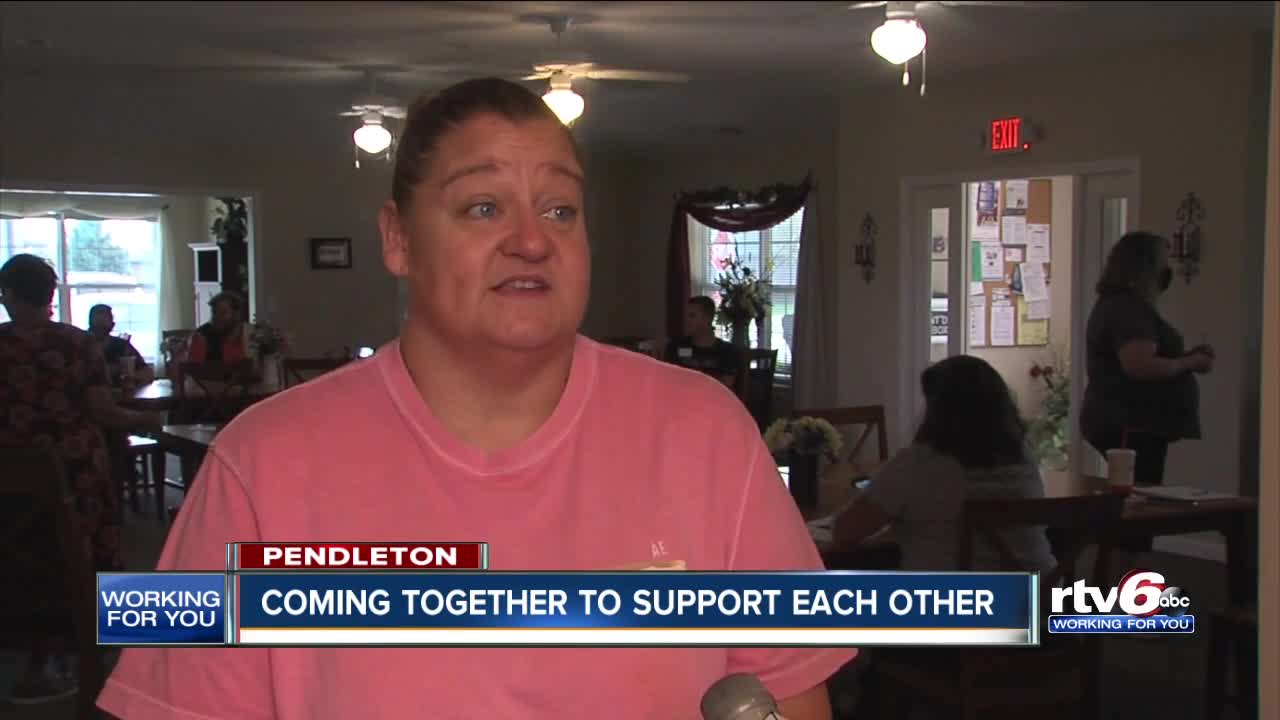 Coming together to support each other

PENDLETON — Months after talking about her son's struggles, a Madison County mother is learning there is support and thanks to her efforts, there's a new support group that's meeting monthly to help the LGBTQ community in Pendleton.

"I just never dreamed that this kind of support was out there and it really is and you don't have to look that far for it," Molly Downey, co-organizer, said.

A sign outside greeted everyone who came out on Wednesday for the first gathering of the Queer and Trans, Families, Allies and Friends meeting in Pendleton. Inside was acceptance and a safe space.

"We're just kind of coming together as a community to talk about what it's like to have friends and family in the LGBTQ community, answer questions, talk with each other, and learn as much as we can about how to support them," Downey said.

Since the beginning of the year, Downey has been determined to make sure she knows the best ways to support her son, Gage, who is gay.

"I need support to know how to support him and there's nowhere to get that in a small town like Pendleton," she said.

But that's now changed. All these moms spoke about their experience with either having a child that's gay or transgender, sharing personal stories that were very similar to each others. Hearing these people speak had a positive impact on Brantley Beilec.

"We're all in the same boat and we can all get through together and find solutions and know that I'm accepted, not just by my friends but by people that I may not know," Beilec said.

Studies have shown supporting LGBTQ youth like Brantley and his boyfriend, Gage, set them up for a much better life.

"It's OK to reach out, find people that accept you and feel comfortable with and you'll just be happier," Beilec said.

Downey said that's all she wants for her son, his boyfriend, and all the young people who are LGBTQ — to be happy. She said she hopes this group will help with that.