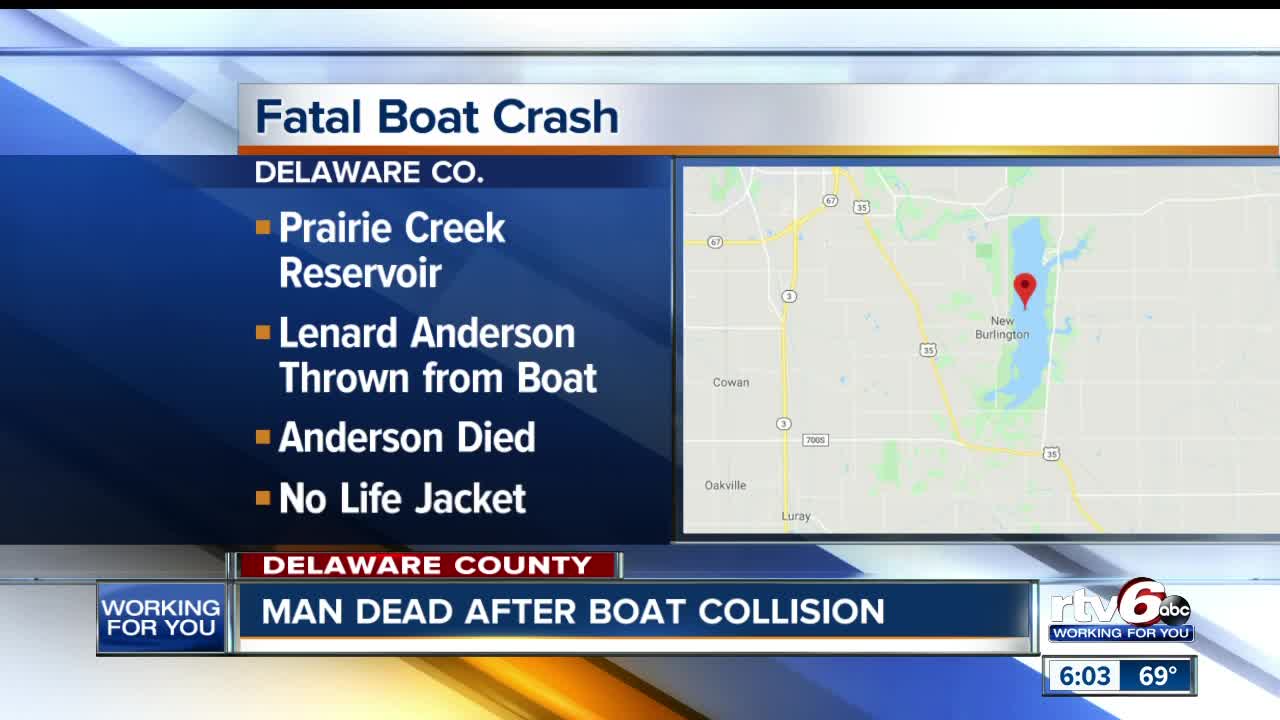 A man is dead after two boats collided on a Delaware County reservoir.

According to Gano, 71-year-old Lenard Anderson, was ejected from his boat following the crash and was recovered from the water by witnesses.

The motor of his boat kept running, unaccompanied. The boat did not stop "going in circles," Gano says until DNR officials disabled it with the use of a rope.

Despite CPR and life-saving efforts, the man died as a result of the accident.

According to witnesses, the victim appeared to have had a medical emergency.

The victim was also not wearing a life jacket or engine cutoff lanyard.