Man returns to Indianapolis from China amid coronavirus outbreak 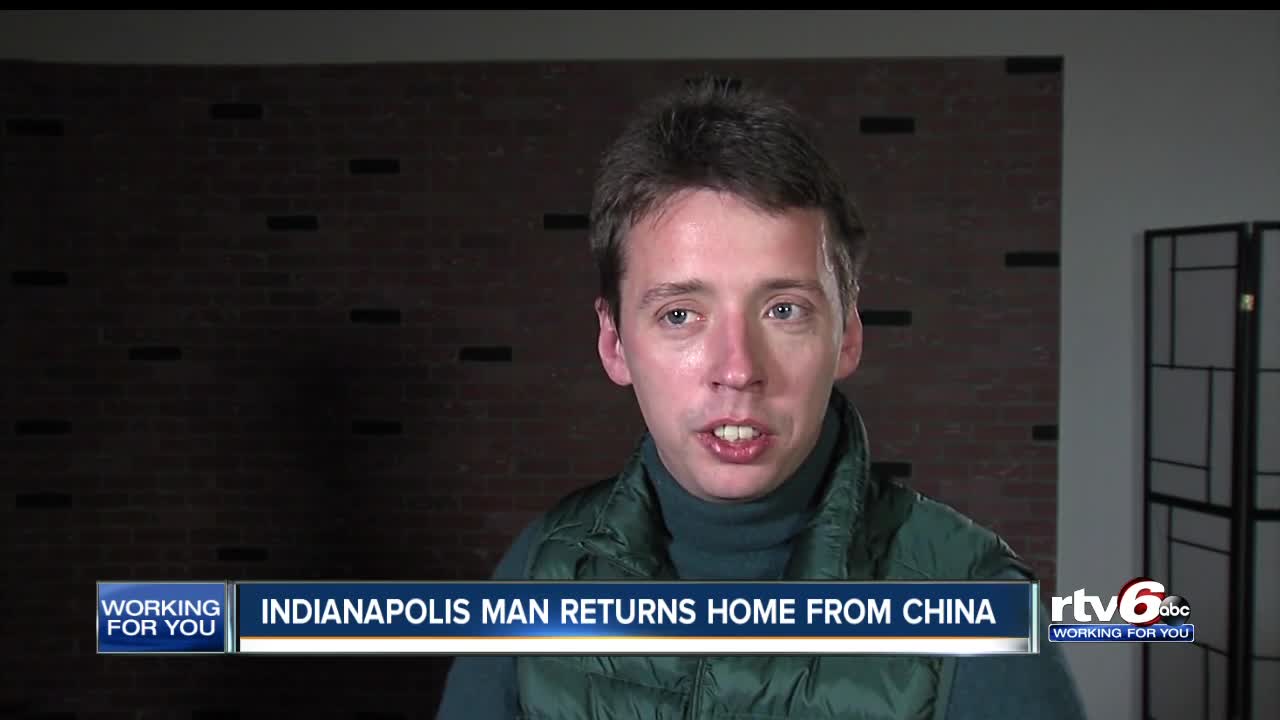 An Indianapolis man gives insight on what life has been like in China since the coronavirus outbreak began.

INDIANAPOLIS — An Indianapolis man recently returned to the United States from China amid a deadly virus outbreak.

Nolan Shay says he wasn't sure what to do because of the virus and felt like coming back to Indianapolis was the best thing to do.

"It started from well this is terrible, but I don't think it will hit me, to wow this thing is getting kind of serious, to ok now I need to be more careful about where I am eating, I definitely need to listen to the advice that were given by local police and government," Shay said.

Shay lived in a city close to Hong Kong, which he says is about 800 miles from Wuhan, the epicenter of the coronavirus outbreak. Before he left, he was teaching English to students from home.

"They're having to live stream lessons into the students home because they are not allowed to return to the school," Shay said.

After staying at home and only leaving for food, he decided to return back to the U.S. where his worried family members were waiting.

"As I could see, it was limiting a lot of my own movement and the ability to live life as normal," Shay said. "I would have to come back for my own safety and also to get my family reassurance I would be ok as long as I'm here."

He left China's mainland on Feb. 3 and was quarantined in Taiwan for 14 days. He has only been back home for about three days, but is already thinking about when he can go back to China and the life he has created.

"I guess it's the same sort of thing that took me there in the first place, the sense of adventure," Shay said. "And I really do feel confident this is something that will be passed over in the very near future."

Shay is hopeful the virus won't spread because he says people living in China's mainland are complying with the government's orders and staying inside their homes.