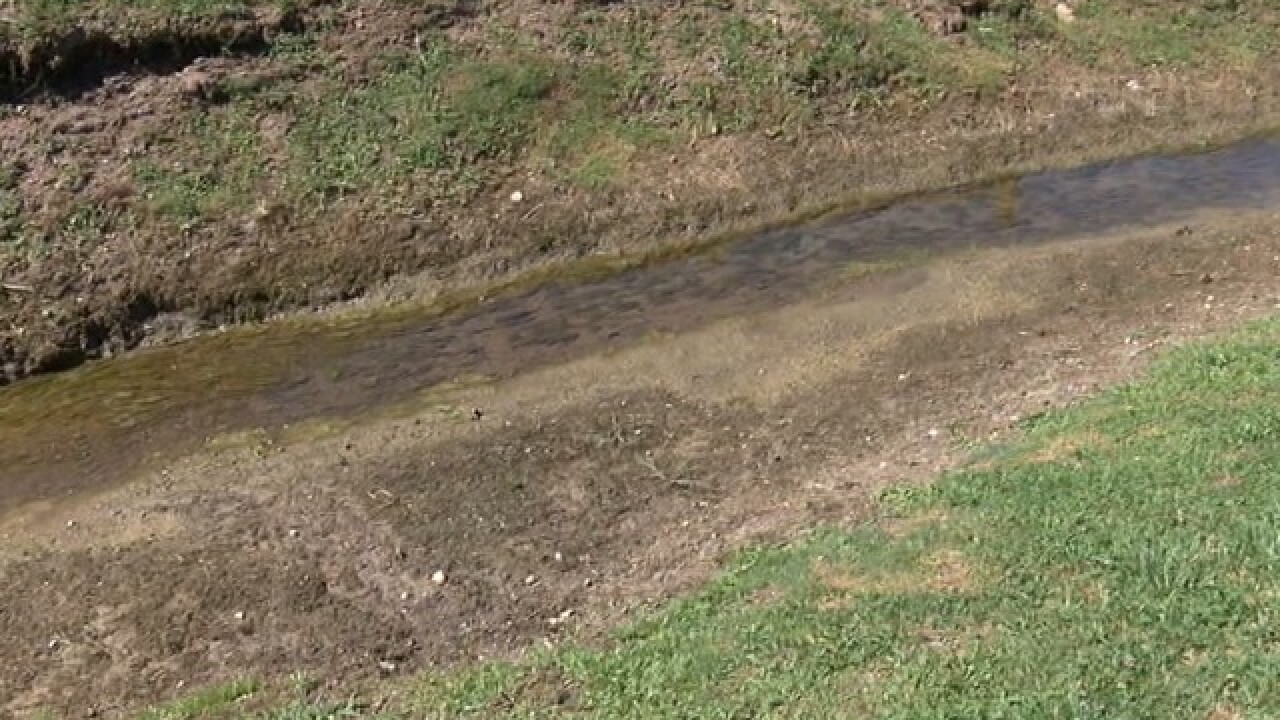 Copyright 2018 Scripps Media, Inc. All rights reserved. This material may not be published, broadcast, rewritten, or redistributed.
<p>A Monrovia man is concerned that a new residential development near his home will cause flooding. RTV6 photo</p>

MONROVIA, Ind. -- A Monrovia man is worried about the effects a new development will have on his home and feels like his concerns are not being heard by the town council.

Mac McCloud has had issues with his home being flooded by a stream that runs next to his property. McCloud lives across the street from where the new residential development is being built, and says he does not believe the stream can handle all of the draining that will result from the new residences.

McCloud says that during heavy rain, the stream overflows onto his property. He worries the problem will only get worse once Faulkenberg Properties builds dozens of patio homes on the property near Main Street and Baltimore Road.

"All I want is the water problem solved where I don't have to worry about every time a rain is predicted of getting flooded out," McCloud said.

McCloud has presented his concerns to the town council but says he feels like no one is listening.

"They won't listen," McCloud said. "I've tried. I've went [sic] to the meetings. I even approached the president of the board yesterday one-on-one."

"He feels like we don't pay attention to him but we do," Menzel said. "And I suppose if the project fails and he gets flooded, then someone has to be held liable and then it'll be left for the courts to make that decision."