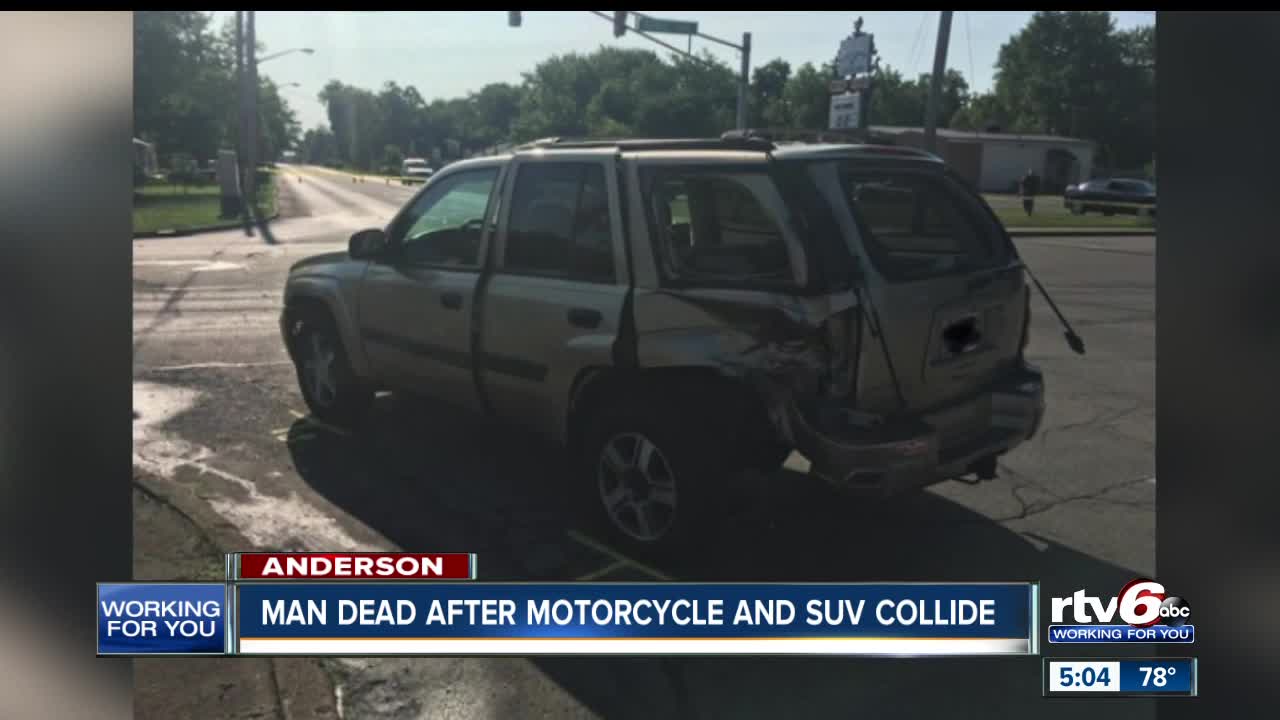 A man is dead after a motorcycle and an SUV collided in a fiery crash in Anderson. 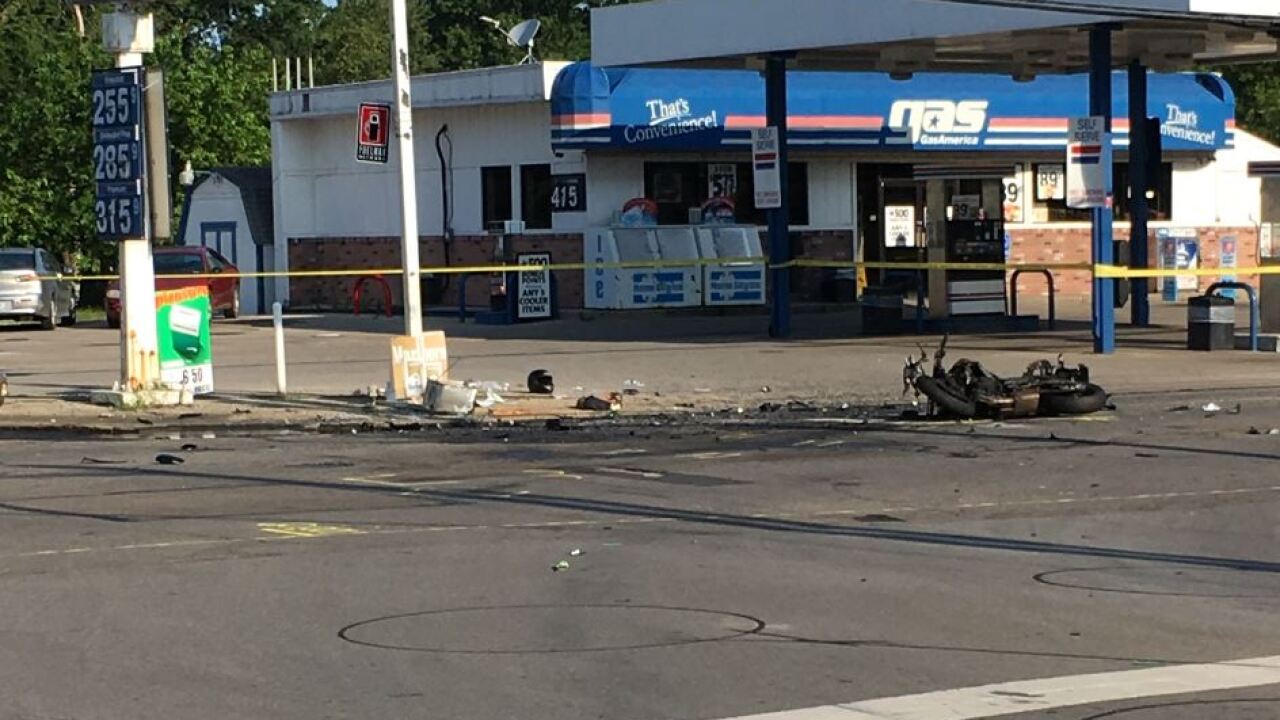 ANDERSON — One person is dead after a motorcycle and a vehicle collided in Anderson early Tuesday morning.

Anderson Police Department officers were called to the intersection of West 25th Street and Raible Avenue around 6:20 a.m. Police say the accident involved an SUV and a motorcycle, which caught fire after the collision.

Anderson Police asked Indiana State Police to assist and investigate the crash, which remains under investigation.

According to a report from Indiana State Police, Chase M. Kumkoski, 23, of Anderson, was driving a black 2016 Kawasaki motorcycle northbound on Raible Avenue when he disregarded a red light at the 25th Street intersection. The motorcycle struck the left rear of a 2005 Chevrolet Trailblazer, driven by Ofelia N. Rangel, 52, of Anderson. The impact caused the Trailblazer to spin counterclockwise.

Troopers said the motorcycle burst into flames on impact and came to rest on its side in the southbound lanes north of the intersection. State police said two good Samaritans worked together to pull Kumkoski from the flaming motorcycle to a nearby curb and rendered aid. One of the individuals received minor burns to their hands, arms and legs. Both individuals refused medical treatment at the scene.

Kumkoski was pronounced dead at the scene. Rangel was transported to St. Vincent Hospital in Anderson with non-life-threatening injuries.

Troopers said Kumkoski had been traveling at a high rate of speed prior to the collision. State police said speed and reckless operation of the motorcycle contributed to the cause of the crash.

No other details are being released at this time.