"Multiple" deaths in I-70 crash east of Indianapolis 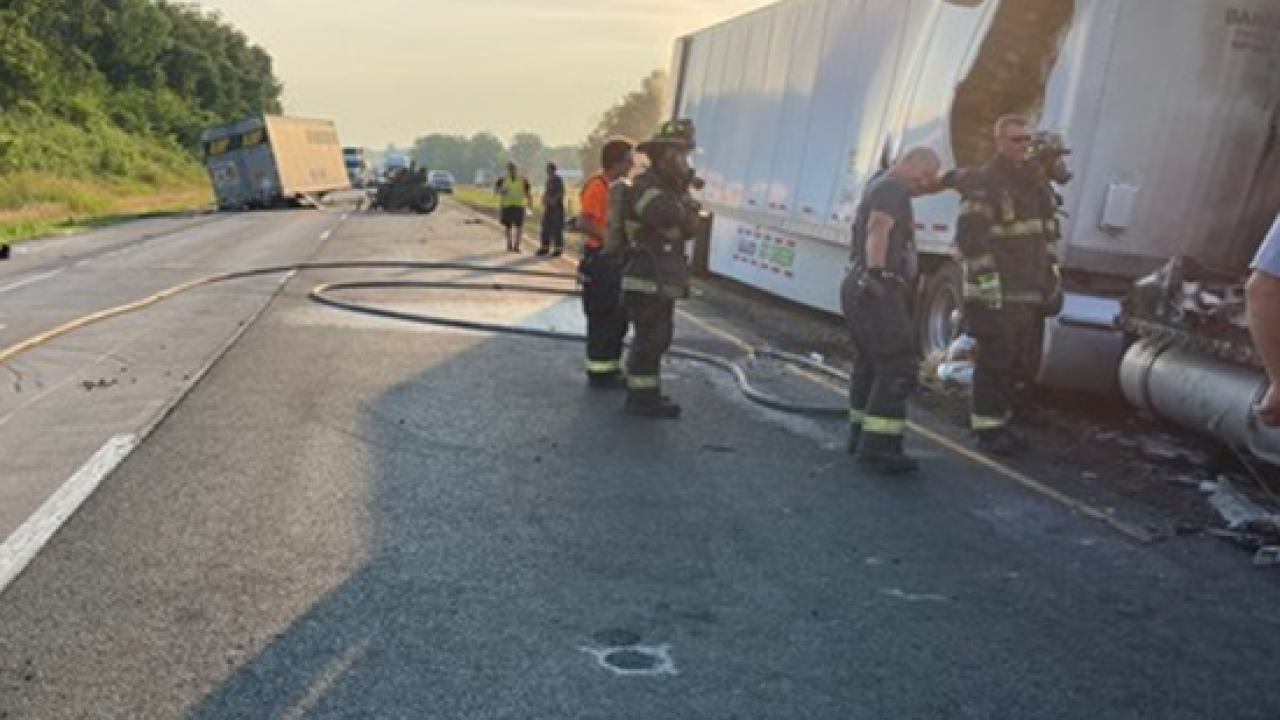 Photo by: Indiana State Police
Crash scene on I-70 in Wayne County

WAYNE COUNTY — A state trooper says he's not sure how many passengers died when the car they were in was hit by a truck on Interstate-70, about 60-miles east of Indianapolis.

The trucker driver, who did not suffer life-threatening injuries, could face serious criminal charges.

It happened shortly after 5 p.m. on eastbound 70 near the Cambridge City exit in Wayne County.

According to an ISP public information officer, police arrived to find a Chevrolet car and a semi pulling a box trailer both on fire, just west of a construction zone. State Police investigators indicated the truck came upon slowed traffic near the construction zone, but did not slow down.

There were multiple deaths in the passenger car, but exactly how many, police are not sure.

The preliminary criminal investigation by the Wayne County Sheriff’s Department indicates that drugs were a contributing factor in causing the crash and that criminal charges are forthcoming.

I-70 eastbound remained closed into the late evening with no estimated on when it would reopen.