No injuries reported in fire that destroys Columbus house 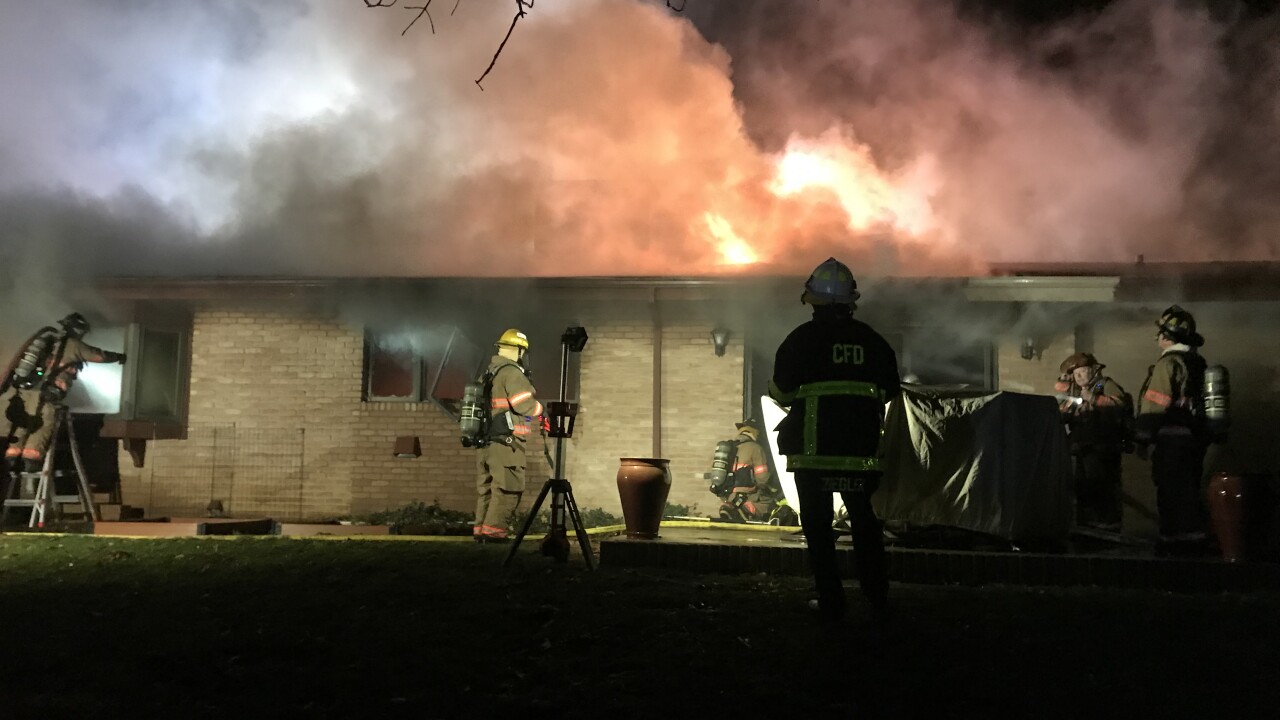 Columbus Fire Department
Columbus firefighters worked to put out a fire at a house on Saturday, Jan. 18, 2020.

Firefighters responded to a report of a fire just after 4 a.m. in the 1500 block of South Drive, according to a release from the Columbus Fire Department.

Crews found heavy smoke coming from the basement of the home when they arrived, but they had to leave the basement due to increased smoke and heat, along with zero visibility. The fire eventually spread to the first level, attic and roof, causing $270,000 in damage. The house is considered a complete loss, the fire department said.

The fire department said the homeowner was asleep when he heard a smoke detector go off. He told firefighters he could smell smoke as he searched for the alarm, and he encountered more smoke when he checked the basement stairwell.

He tried to go downstairs, but the smoke was too thick and he could see the flames, so he grabbed a dog and a cat and went to a neighbor's house to call 911. He was unable to find a second cat that usually sleeps in the basement.

The homeowner told firefighters that he, his wife and their four children have lived in the home for approximately three years, but his wife and children were away at a family event.

Firefighters did not find the missing cat inside the home, but they reported seeing a cat outside the house that ran away when firefighters approached.