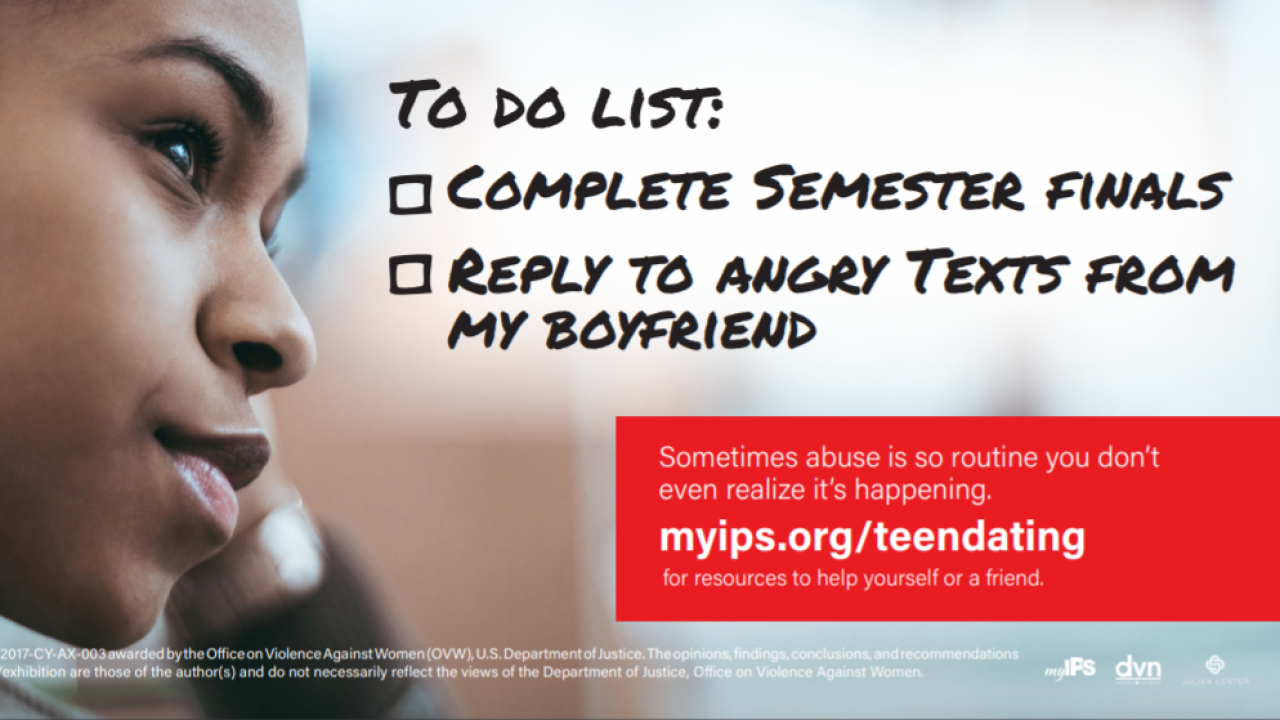 Courtesy of the Domestic Violence Network and Indianapolis Public Schools 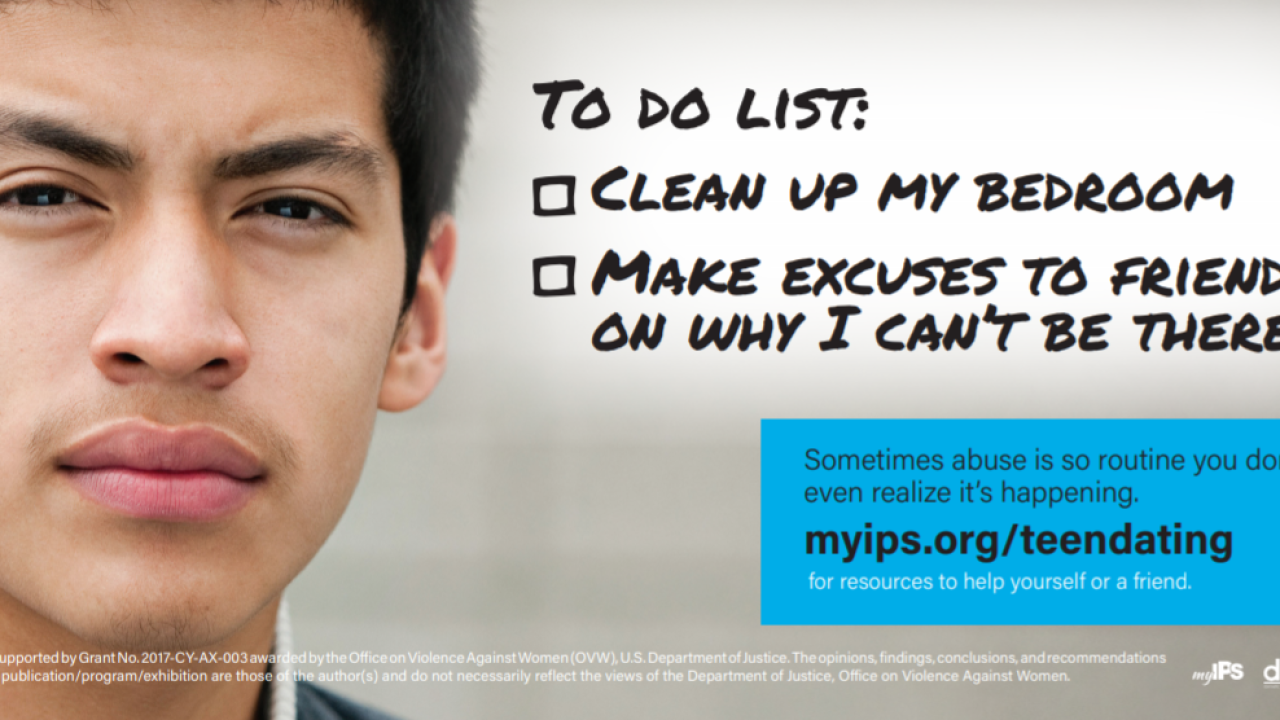 For Domestic Violence Awareness Month, Indianapolis Public Schools and the Domestic Violence Network have launched a new billboard and poster campaign to educate Hoosier teens on the signs of dating violence and where they can go for help.

“Everyone should feel they have the support they need to address domestic violence, especially our youth who are dealing with the serious issue of teen dating violence,” Lindsay Stawick, associate director of the Domestic Violence Network, said. “Our hope is this campaign provides quick access to vital resources and encourages them to report ANY teen dating abuse to their school.”

According to data from the Centers for Disease Control and Prevention, roughly 10% of Indiana teens have been forced to have sex against their will. Another 10% have reported being physically hurt by a person they dated.

Attention to teen dating violence in Indianapolis became more prevalent to IPS in 2018 when a group of teenage girls from Crispus Attucks High School went to the school to address teen dating abuse and violence at IPS.

Because of that group's bravery, IPS has since amended its Title IX policy to include teen dating violence guidelines and resources. IPS' resources include addressing teen dating abuse in both the high schools and the middle schools, providing ways for anonymously reporting abuse, appointing advocates, and more.

“We are grateful for the partnership with DVN and the resources they’re providing to ensure our students understand the signs of domestic abuse, specifically teen dating violence, and how to prevent it,” Kim Kennedy, IPS' Title IX coordinator, said. “This campaign gives our students a voice to speak peer-to-peer, empowering them to be a part of the solution.”

The campaign will run through February, which is Teen Dating Violence Awareness Month.