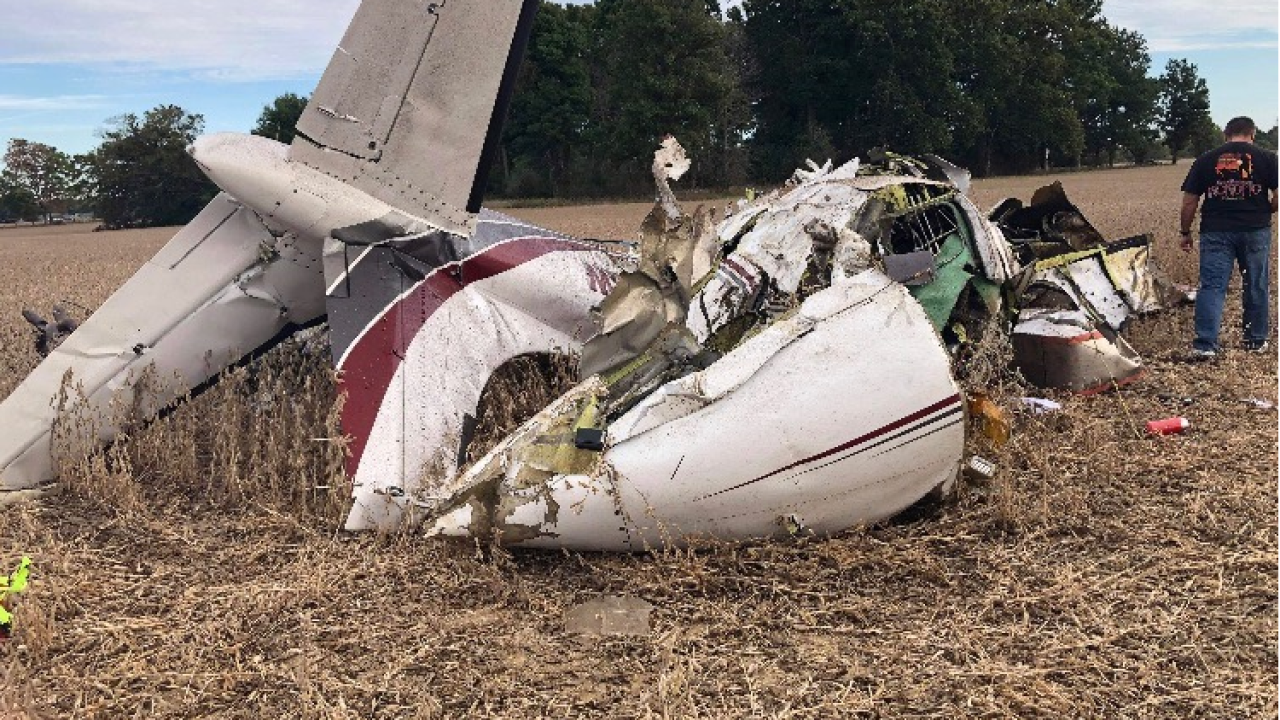 Provided by Chris Sutton
One person died in a plane crash near Kokomo on Saturday, Oct. 5, 2019.

KOKOMO — A plane that crashed last weekend near Kokomo, killing the pilot, was filled with the wrong type of fuel, according to a report from the National Transportation Safety Board.

The report said an employee at Kokomo Muncipal Airport asked the pilot, Dr. Daniel P. Greenwald, if he wanted jet fuel because the plane, a Piper Aerostar 602P, looked liked a jet airplane. Greenwald, 59, of Tampa, Fla., said yes, according to the NTSB.

When Greenwald arrived, the employee pulled the Jet A fuel truck out and parked it in front of the airplane while Greenwald was still inside. The report said the employee asked Greenwald a second time if he wanted jet fuel, and Greenwald confirmed.

The employee initially spilled a gallon of fuel, but readjusted and was able to fit the different-shaped nozzle from the Jet A fuel truck by positioning it 90 degrees over the wing fuel tank filler necks and about 45 degrees over the fuselage filler necks, according to the report. The plane was filled with about 163 gallons of Jet A fuel.

An airport employee, who was inside the fixed base operator building at 4:20 p.m., heard the engines start and said they sounded typical. The report said he did not hear any radio transmissions from Greenwald during his departure and he did not hear an engine runup.

A witness told the NTSB that she saw a low-flying airplane flying from north-to-south. The plane made a sharp left turn to the east, and she lost sight of the plane after the left wing dipped low. She saw the airplane on the ground when she approached the intersection near the bean field where it crashed at 4:37 p.m.

The report said an examination of the plane following the crash showed "a clear liquid consistent in color and order with that of Jet A in a fuselage tank and in the fuel lines leading to the fuel manifolds of both engines. Several of the engine spark plugs also showed damage consistent with detonation."

The plane was registered to Indiana Paging Network. Greenwald left Peter O. Knight Airport in Tampa, Fla. at 6:45 a.m. Saturday and arrived in Kokomo at 10:27 a.m. He worked for In Flight Review Inc. and was in Kokomo to train a customer with flying a Piper PA-42 Cheyenne airplane.