One dead in crash that closed I-65 SB in Clinton Co. 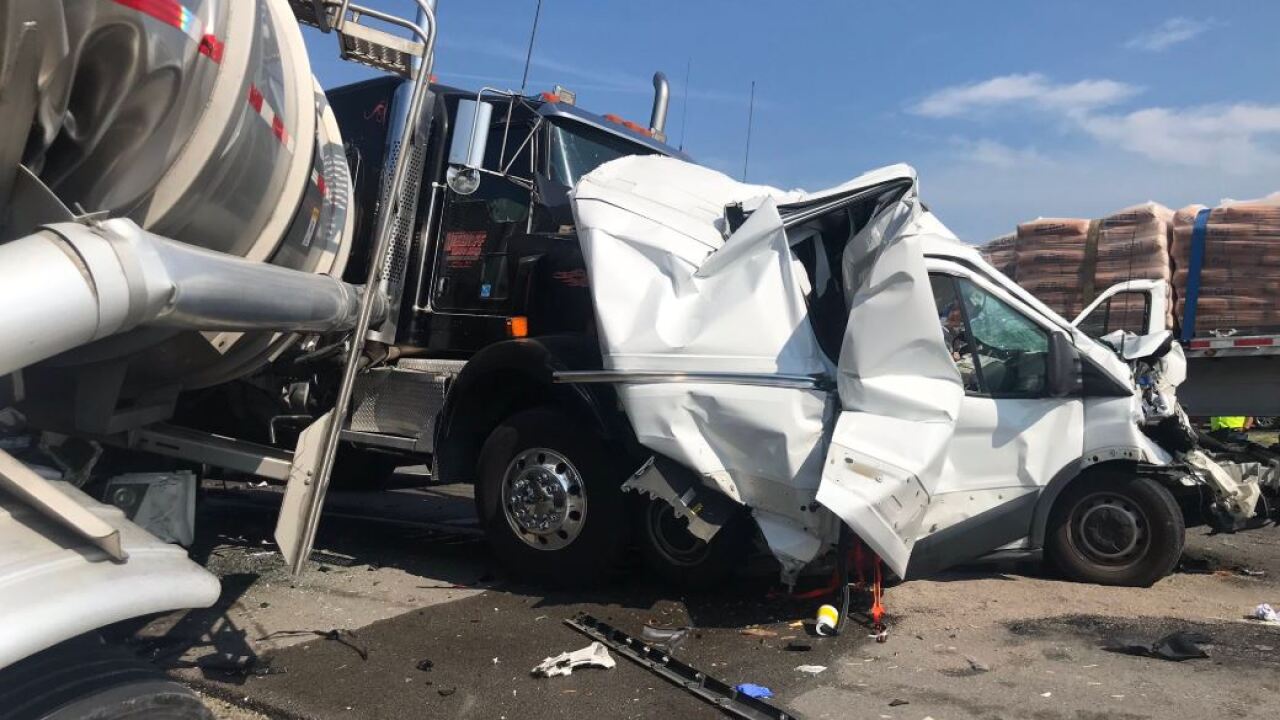 CLINTON COUNTY — One person was killed in a six-vehicle crash that shut down the southbound lanes of Interstate 65 in Clinton County for nearly nine hours.

According to a report from the Indiana State Police, the crash happened around 9:15 a.m. Thursday near the 159 mile marker — one mile north of the State Road 28/158 exit.

Troopers said four semi tractor trailers, a passenger car and a van collided sending three people to the hospital and killing one.

According to troopers, traffic was stopped for an earlier crash when a 2016 Volvo semi pulling a refrigerated box trailer, driven by Toddrick Fairley, 23, of Lucedale, Miss., failed to see the stopped traffic. Fairley told troopers he was allegedly looking for a bottle on the floor of his truck at the time of the crash.

Troopers said Fairley's truck rear ended a 2014 Subaru Legacy, driven by Timothy Fagley, 54, of Michigan City. The Subaru was projected into the right ditch. Fairley's truck then struck a 2012 Kenworth semi tractor trailer driven by Karana Wallace, 38, of Greensburg, which was pulling a loaded tanker. The impact pushed the Kenworth into the rear of a 2016 Ford Transit, driven by Ira Brockman, 81, of Taylor Mill, Ky. Troopers said the Transit was pancaked between a second tanker being pulled by a 2009 Volvo semi driven by Lucica Cimpean, 45, of Downers Grove, Ill.

A sixth vehicle, a 2003 Peterbuilt semi, driven by Jesus Alamo, 36, of Franklin Park, Ill., was alongside the crash and received minor damage.

Brockman was pronounced dead at the scene, state police said. Fagley was flown by medical helicopter to Methodist Hospital in Indianapolis with serious injuries. Fairley was treated at IU Arnett Hospital in Lafayette and released. Wallace was also transported to IU Arnett Hospital for treatment of non-life-threatening injuries, troopers said. Cimpean, Alamo and Fagley's wife, Kim, all refused treatment.

Drivers traveling south on I-65 are being diverted off at the 168 mile marker and are asked to take State Road 38 west to U.S. 52 and then go south to State Road 47 east to return to I-65 southbound.

The interstate reopened just after 6:15 p.m.