One killed, two critically injured in crash near New Castle 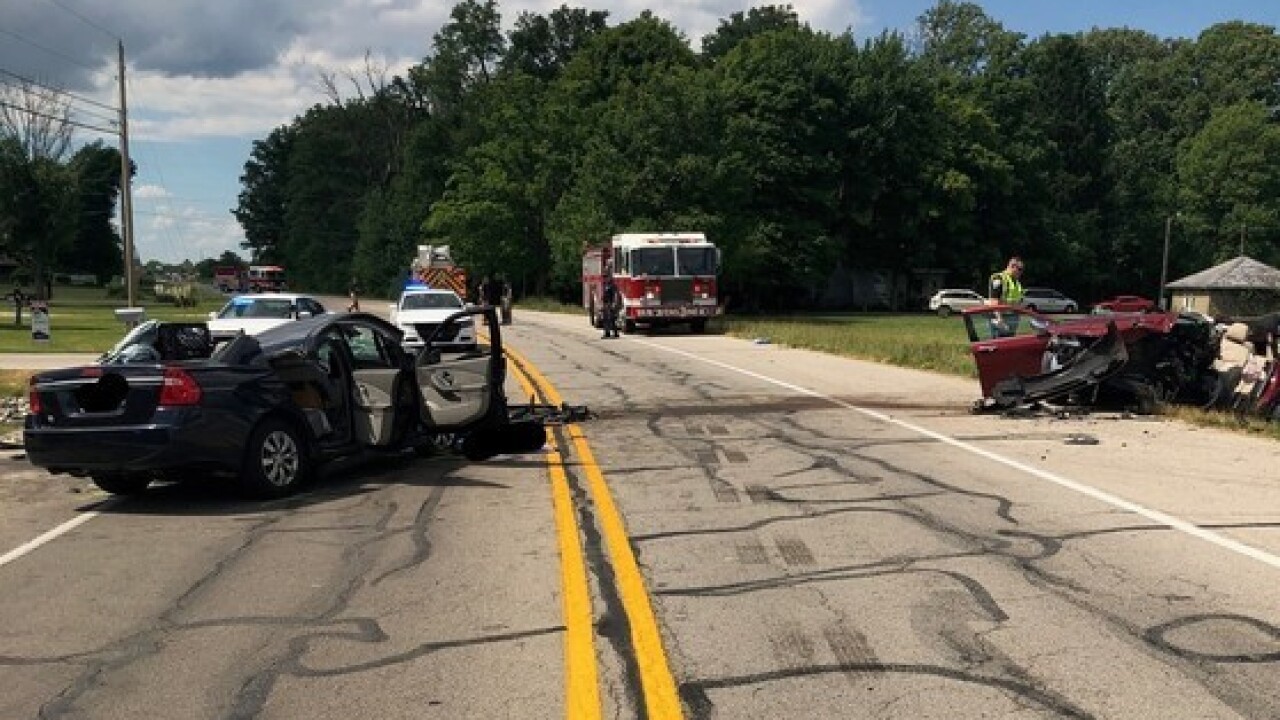 NEW CASTLE — One person was killed and two others critically injured in a head-on crash on State Road 103 south of New Castle on Thursday.

According to a report from the Indiana State Police, New Castle police, Henry County sheriff's deputies and New Castle Fire and EMS were called just before 3 p.m. Thursday to State road 103 just north of County Road 300 South. They arrived to find three people with critical injuries, all three of whom were being transported by medical helicopter to hospitals in Indianapolis.

Indiana State Police crash reconstruction investigators were later called to the scene to take the investigation.

Troopers said a 2005 Chevrolet Malibu driven by Katherine Brown, 55, of Muncie, was traveling south on State Road 103 when for an unknown reason the vehicle went left of center into the northbound lane. The Malibu struck a northbound 2014 Chrysler 200 head-on.

The driver of the Chrysler, Doris Crawford, 78, of New Castle, was taken by medical helicopter to a hospital in Indianapolis, where she later died, state police said.

Brown and her passenger, Jimmi Brown, 59, also of Muncie, were both taken by medical helicopter to hospitals in Indianapolis in critical condition, troopers said.

State Road 103 was closed for over three hours and the investigation remains ongoing.