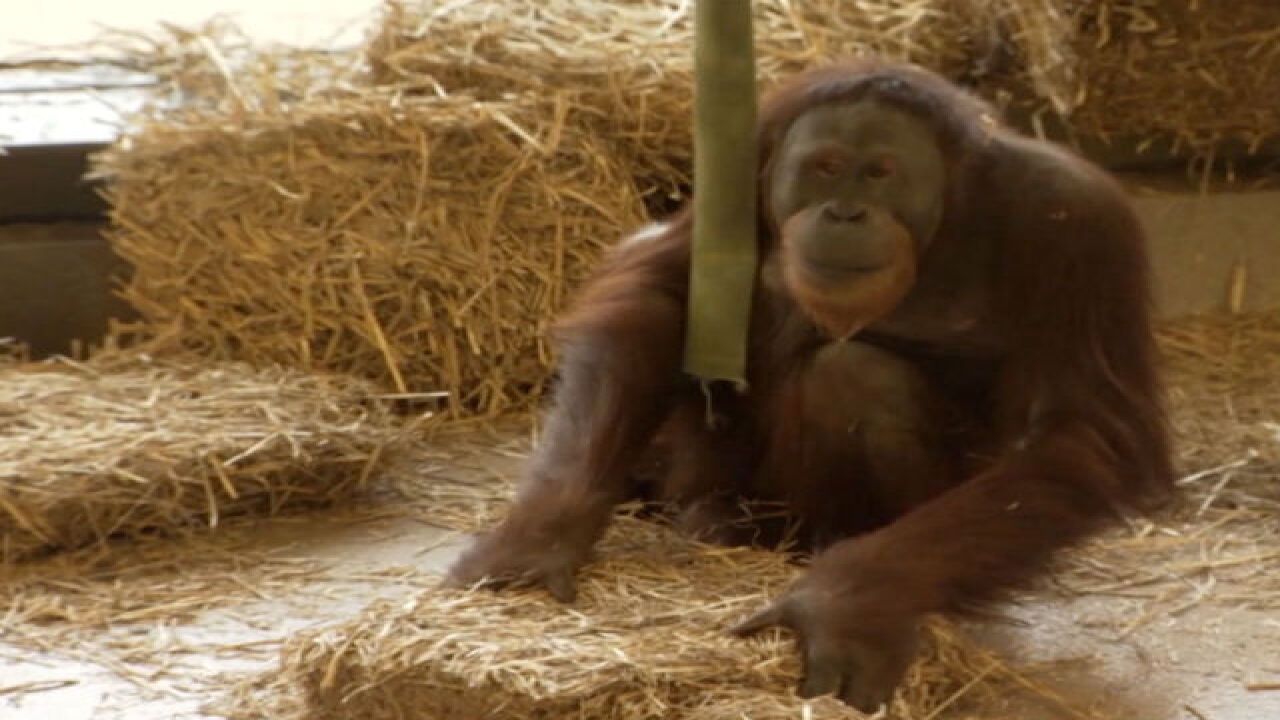 INDIANAPOLIS – While apes don’t speak English the way you do, we’re now learning (thanks to an Indianapolis orangutan) more about language as a whole.

This specific ape – Rocky the orangutan – is communicating in a new way researchers around the world have never seen before.

Rocky, who lives right here at the Indianapolis Zoo in the International Orangutan Center, can actually mimic researchers.

He did it during a study conducted within the last three years that was published this week in “Scientific Reports.”

“Previous to this study, there was no belief that great apes had any ability to learn new vocalizations or have control vocally over the sounds they make,” Dr. Shumaker said.

It’s a big deal. The fact that Rocky can communicate vocally means human ancestors probably could do that much further back in time than we previously thought.

It’s leading researchers to believe our language may have evolved 10 million years ago, not just 2 million.

The research was conducted at the zoo in 2012 by scientist Dr. Adriano Lameira, of England’s Durham University, who was lead researcher. He analyzed Rocky's ability to exert fine and precise vocal control, giving the orangutan a unique capacity to learn new vocalizations.

Dr. Shumaker is a co-author on the publication, as is independent researcher Dr. Madeleine Hardus, Alexander Mielke from the Max Planck Institute for Evolutionary Anthropology, and Dr. Serge Wich from Liverpool John Moores University.