OWEN COUNTY, Ind. -- Police have identified a man accused of exposing himself to multiple people, including children, at a popular Indiana State Park.

The Owen County Sheriff's Department said they received multiple calls about a man seen exposing himself at the falls in McCormick's Creek State Park on Saturday.

Investigators talked to a caller who said that her 14-year-old daughter reported a man taking photos of her and her juvenile friends at the falls. The mother told police that she then saw the man expose his genitals while standing on the falls, in clear view of the public.

The mother's friend took photos of that man that were released by the Owen County Sheriff's Department on Sunday. The suspect was identified by tipsters as Brian Scott Ashcroft, 45, of Camby.

A warrant has been issued for Ashcroft's arrest for one count of public nudity. Police are still working to locate Ashcroft.

If you have any information about Ashcroft's location, contact the Owen County Sheriff's Department at 812-829-4874. 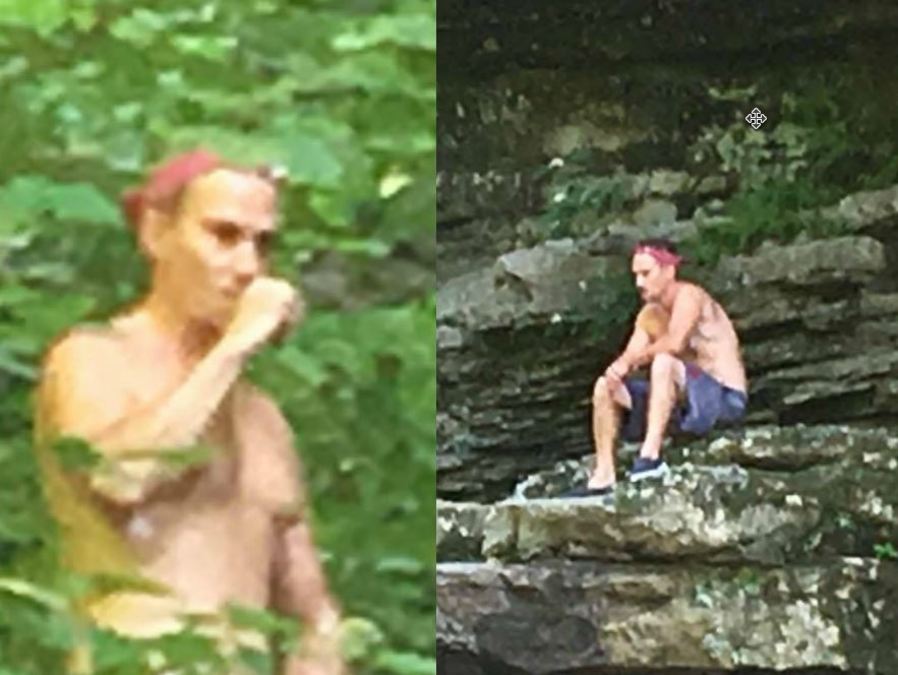