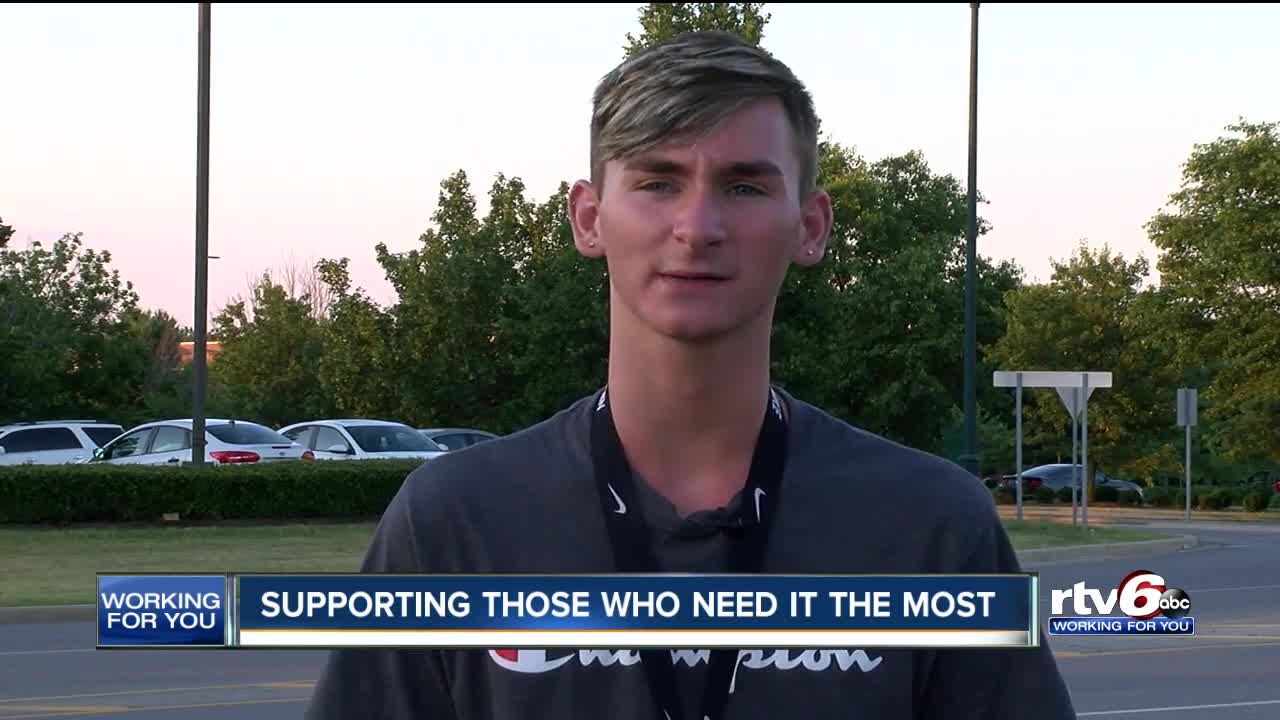 Supporting those who need it the most

PENDLETON — Whether he is on a gym mat or a trampoline at home, 15-year-old Gage Downey is always tumbling and doing flips.

It has been four months since Gage's mom, Molly Downey, reached out to WRTV after Gage, who is gay, attempted to take his own life. In Madison County, there are not a lot of resources or outlets for LGBTQ youth and Molly wanted to bring some awareness to the issue and hopefully change it.

Despite a few setbacks like not making his high school cheerleading squad, things are looking up for Gage. He said he's helping to start a youth cheerleading program in his hometown.

"I enjoy knowing I can impact the lives of others around me," Gage said. "They'll be cheering for our youth football leagues for games. They just wanted to do something that wasn't too competitive."

Molly is over the moon excited for her son that he is getting to pass along his love of cheer to others.

"He has all these new opportunities that he didn't have," Molly said. "The middle school coach at Pendleton reached out to him. She's paying him to help. He's going to be the assistant coach for the middle school cheerleaders. I'm proud of him and the community, too. I would have never thought he'd be coaching little girls in cheer."

Just four months ago, Molly worried her son wouldn't be able to find his place in the world, but through the community's support, that has all changed.

"Find what you like to do and stick with it," Gage said. "Ge yourself that's the best thing you can be."