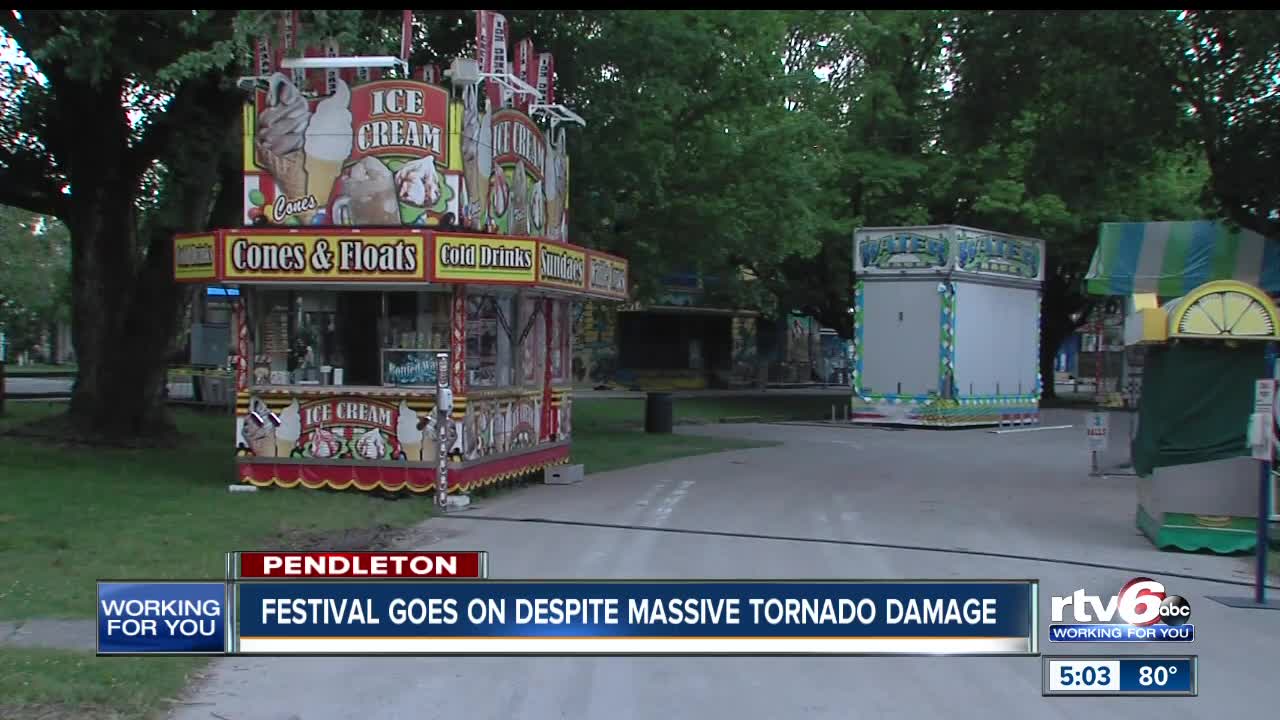 Pendleton will still celebrate its June Jamboree after a tornado caused severe damage.

PENDLETON — The cleanup continues for Pendleton eight days after an EF2 tore through the Madison County town, but the storm is not stopping its annual festival.

Volunteers helped clean up Falls Park, which was littered with fallen trees and debris after the Memorial Day tornado, and now the park is ready for the June Jamboree.

The festival is a welcome distraction from the challenging week.

At this time last Tuesday, residents worked to clear out storm damage across Pendleton left on houses, cars and power lines. A lot of progress has been made since then, but crews are still restoring power. The town's leadership team reports it will be several weeks before street lights are back on because those are a low priority.

Officials had to take special measures to bring power to the festival.

"We actually brought in extra generators to make sure that it happened so that we didn't take light and electric workers away from restoring power to our residents," Jessica Smith, president of the Pendleton Town Council, said.

The June Jamboree kicked off Tuesday and goes through Saturday.