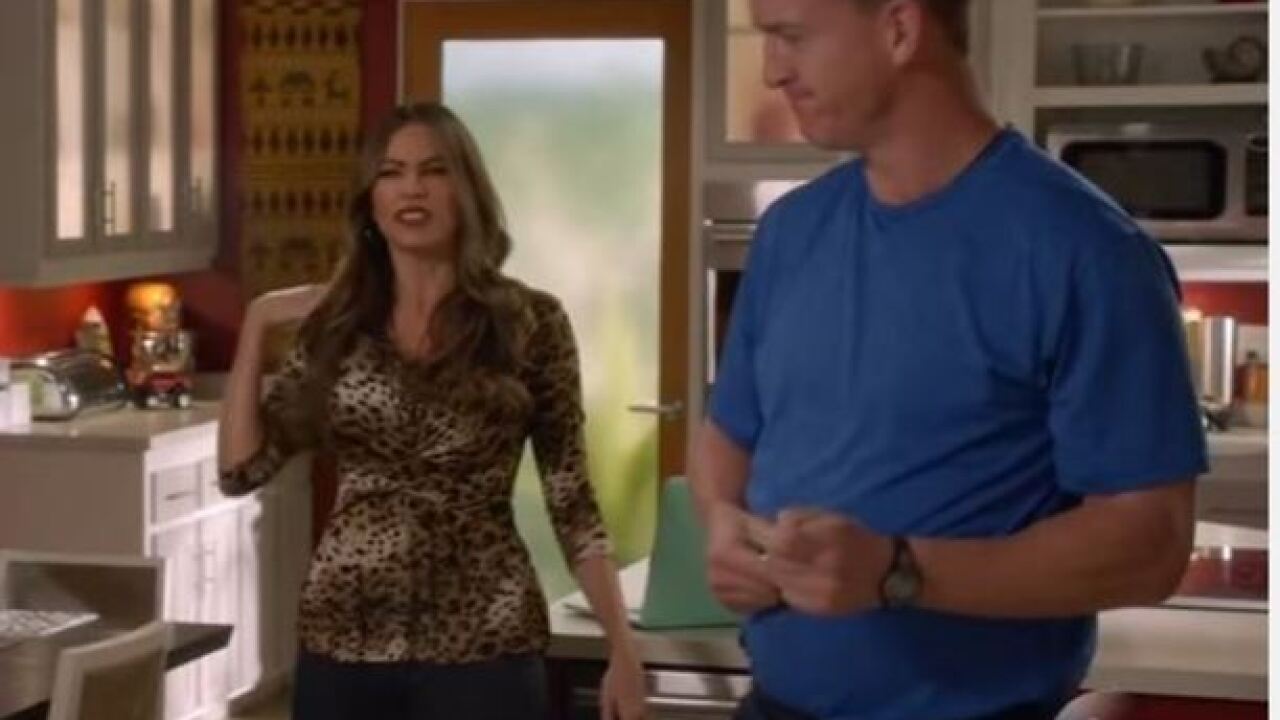 Manning played “Coach Gary” who was hired by Gloria Pritchett (Sofia Vergara) to teach her son, Joe, about baseball.

Learn some tips from "Coach Gary"

Peyton Manning will guest star in the next episode of Modern Family! Catch it tomorrow at 9 ET on ABC. pic.twitter.com/QpaU0sQ6hT

Having Gary around gets a little intimidating for Gloria’s husband Jay (Ed O’Neill).

But as it turns out, Gary is just trying to impress Jay and get some advice for a new business he’s trying to start selling gazebos.

If you missed the episode, you can still watch it online at abc.go.com and sign in with your cable provider!