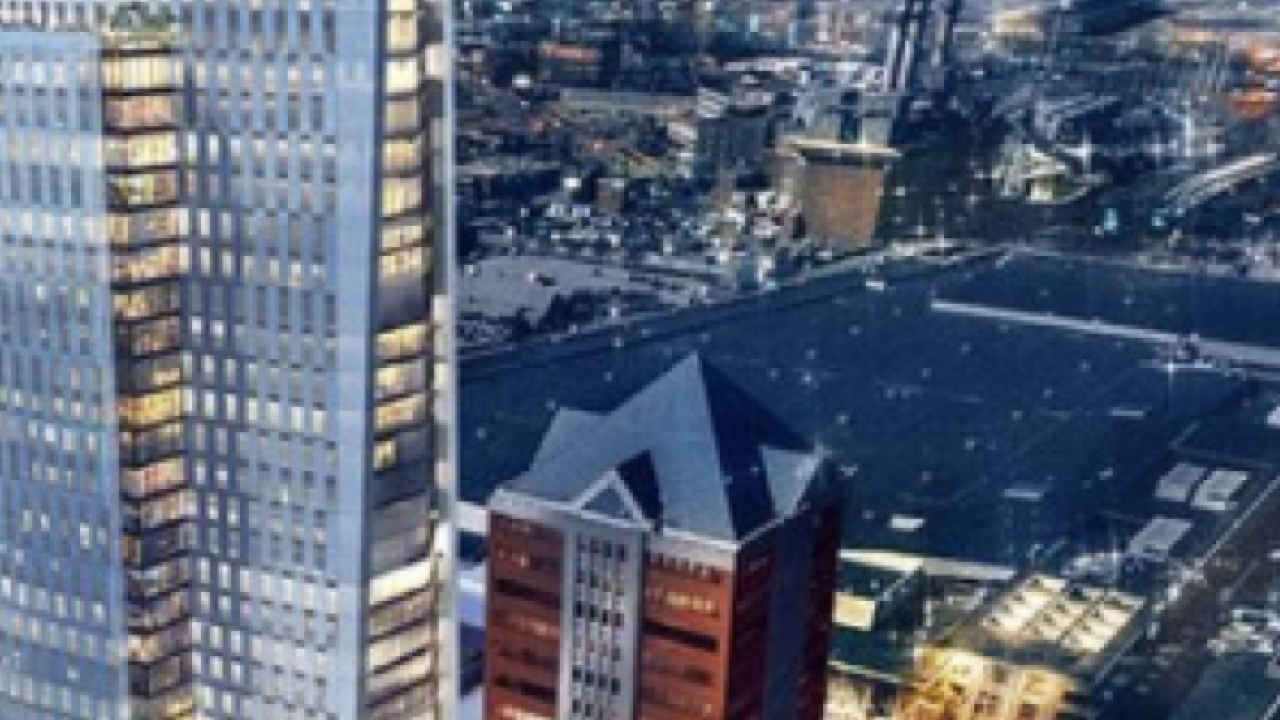 INDIANAPOLIS — The timing might seem a bit odd. Downtown Indianapolis hotels are mostly empty since the conventions that fill their rooms canceled because of the pandemic.

But the city and developers believe downtown will bounce back, and when it does, two new hotels at Pan Am Plaza coupled with an expansion of the Indiana Convention Center will be needed. And so the project is moving forward, with some key votes on financing coming up soon.

Kite Realty Group is the developer and is financing the hotel project, which includes a 40-story Hilton Signia Hotel and a second smaller hotel at a cost of over $500 million

Along with the hotels, the city plans to pay for a $150 million expansion of the Indiana Convention Center, across Capitol Avenue. A ballroom larger than any of the existing ones at the Convention Center would be built, along with a bridge linking the hotels to the center. All of this to attract larger conventions and keep the ones that have already been coming to Indianapolis.

To come up with that money, the city is hoping to get authorization for a $150 million bond. Tax revenue from the new hotels would be used to pay off the bond over 25-years. According to the mayor's office, the bond authorization will be submitted to the Metropolitan Development Commission on August 5 and the City-County Council later in August.