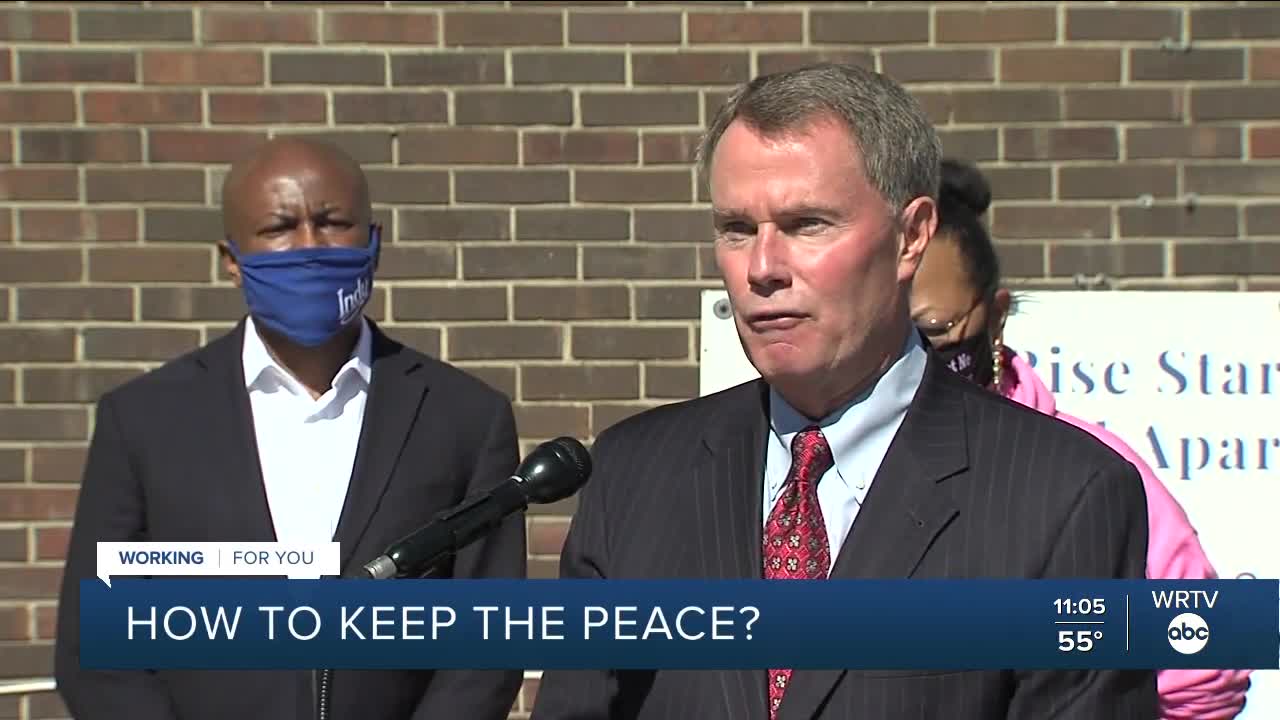 How to keep the peace?

INDIANAPOLIS — More money and more civilian oversight is on the way for the Indianapolis Metropolitan Police Department, but as those changes are being made at city hall, city leaders are once again addressing historic and ongoing violence happening outside on the streets of Indianapolis.

"Law enforcement cannot resolve violence by itself," Mayor Joe Hogsett said. "It is an incredibly important element to keeping the peace."

In a Tuesday press conference addressing violence, city leaders answered questions seeking answers about who is responsible for crime in Indianapolis and what can be done to bring it to an end.

"Obviously the mayor is ultimately responsible and that's why at the beginning of my term I made it clear that I need to listen, I need to act and that I need to be held accountable," Hogsett said.

This is not the first time you've seen a group of city leaders talking about their latest effort to combat crime, in fact Tuesday's press conference is the kind of gathering that happens almost monthly.

Tuesday's announcement of new crime prevention grants is also not a new idea for Indy. So, what new ideas does the city have to stop the violence?

When it comes to ending violent crime in Indianapolis, City-County Council President Vop Osili said we need to look at the root causes of the crime, including poverty, lack of jobs and food deserts.

"I think the question does need to come back to how did we get here and what are we going to do about it?" Osili said.

Finding the root causes is also a phrase we've heard before.

"We deal with the trauma," Osili said. "As the chief said just now, we all have some level of awareness of those who are around us who are in pain. How do we identify that?"

President Osili, Chief Taylor and Mayor Hogsett are all in agreement, it's not just up to police, or the tools they have or even city leaders to put a cap on violence, It's also up to city residents as well.

"Each and every one of us can do something to help prevent violence to help separate neighbors, who are not in agreement with one another," Hogsett said. "Each of us can do our part to make our community our neighborhood, or area of the city a little better. But I want to be clear, the buck stops ultimately in terms of accountability with the mayor."