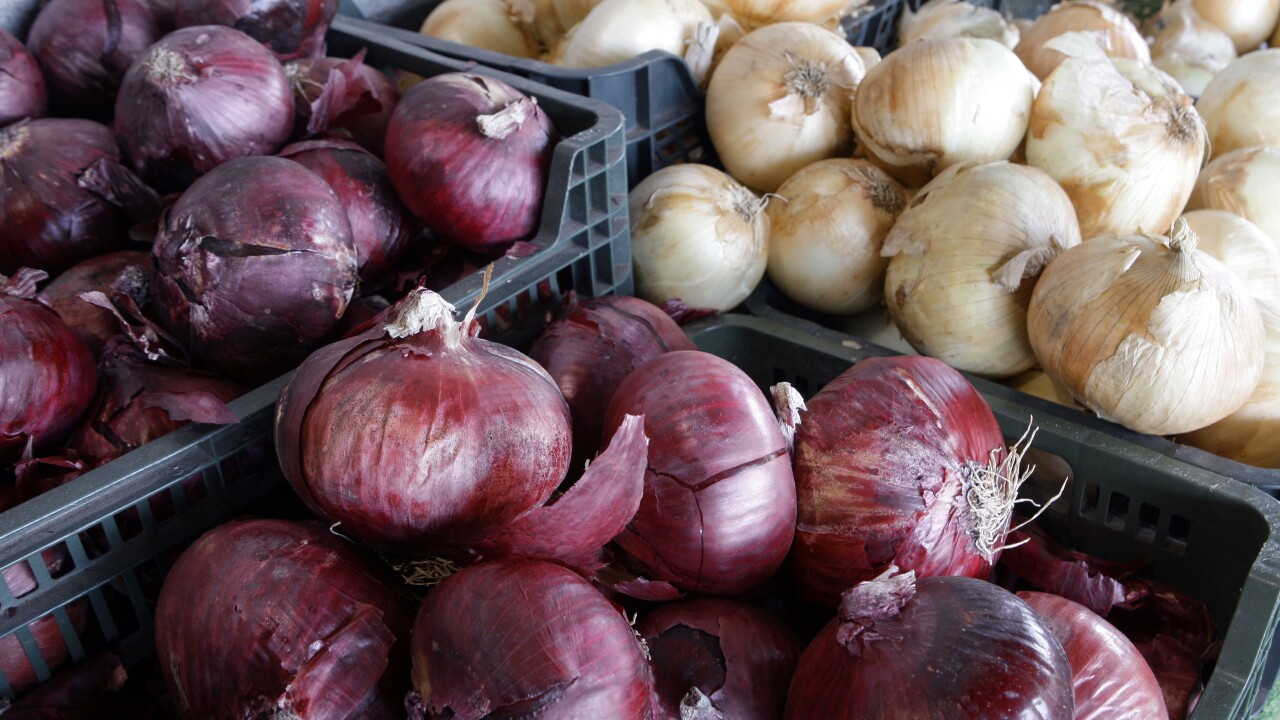 Paul Sancya/AP
Federal health officials determined red onions are the cause of a salmonella outbreak that has sickened nearly 400 people in 34 states.

The Food and Drug Administration and the Centers for Disease Control are investigating the outbreak of salmonella newport that is linked to red onions supplied by California-based Thomson International Inc. The company told the FDA it will recall red, white, yellow and sweet onions.

"Although the investigation has determined that red onions are the likely source of this outbreak, Thomson International, Inc. has notified FDA that it will be recalling all varieties of onions that could have come in contact with potentially contaminated red onions, due to the risk of cross-contamination," according to the FDA.

The CDC issued a food safety alert Friday that said 396 people in 34 states have been sickened. The alert added that 59 people have been hospitalized and no deaths have been reported.

"Check the package or look for a sticker on an onion to see if it is from Thomson International, Inc. If it is, don’t eat it. Throw it away," the CDC's alert said. "If you can’t tell where your onions are from, don’t eat them. Throw them away. If you made any foods with onions and you don’t know where they are from, do not eat them. Throw them away, even if no one got sick."

All surfaces that might have come into contact with onions or their packaging, such as countertops, refrigerator drawers, knives and cutting boards, should be washed and sanitized.

Reported illnesses ranged from June 19-July 12, according to the CDC. The largest reported salmonella outbreaks have occurred in California, Oregon and Utah.

Symptoms of salmonella include diarrhea, fever and stomach cramps that can last 4-7 days, according to the CDC. Children younger than five years old, adults over 65 and people with weakened immune systems are at the highest risk to be severely affected.