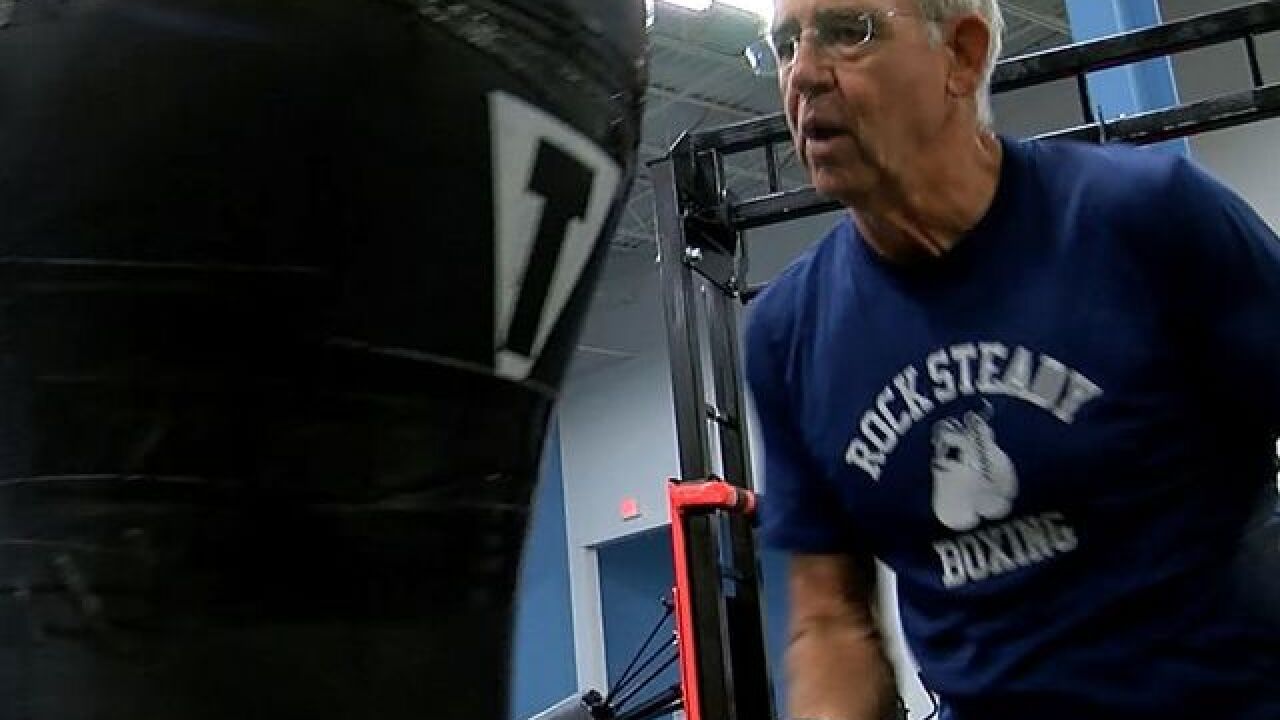 INDIANAPOLIS -- Muhammad Ali battled Parkinson's disease for the last 32 years of his life.  Ali brought more awareness to the nervous system disorder than perhaps anyone, and though boxing contributed to his disease, his fight inspired a new type of boxer.

Before classes began Saturday at Rock Steady Boxing in Indianapolis, the students and staff honored Ali as all fighters who pass on are honored.  "We did what's called a final 10 count, which is a tradition in the boxing world when somebody is fallen you signify a moment of silence with a ringing of the bell 10 times," said Kristy Rose Follmar, program director for Rock Steady.

The boxers at Rock Steady all have Parkinson's, just like Ali, yet they are using the sweet science to fight the disorder.  "I think its going to be a sad day for many of us, but we also admire what he did for the Parkinson's community because he was such a standup guy for that and such a great example of never giving up," said Steven Gilbert, one of the Rock Steady boxers.

While Ali touched millions during his life, one of the newest Rock Steady fighters actually got to touch Ali.  "In the 70's, I worked on a PBS show called the MacNeil-Lehrer Newshour, and (Ali) was a guest to be interviewed," said Mike Rosati.  "As part of my job i would seat the guests, mic them up and then touch up any spots they had with makeup and i touched up the champ and he said what are you doing and I said champ, it's because you shine."