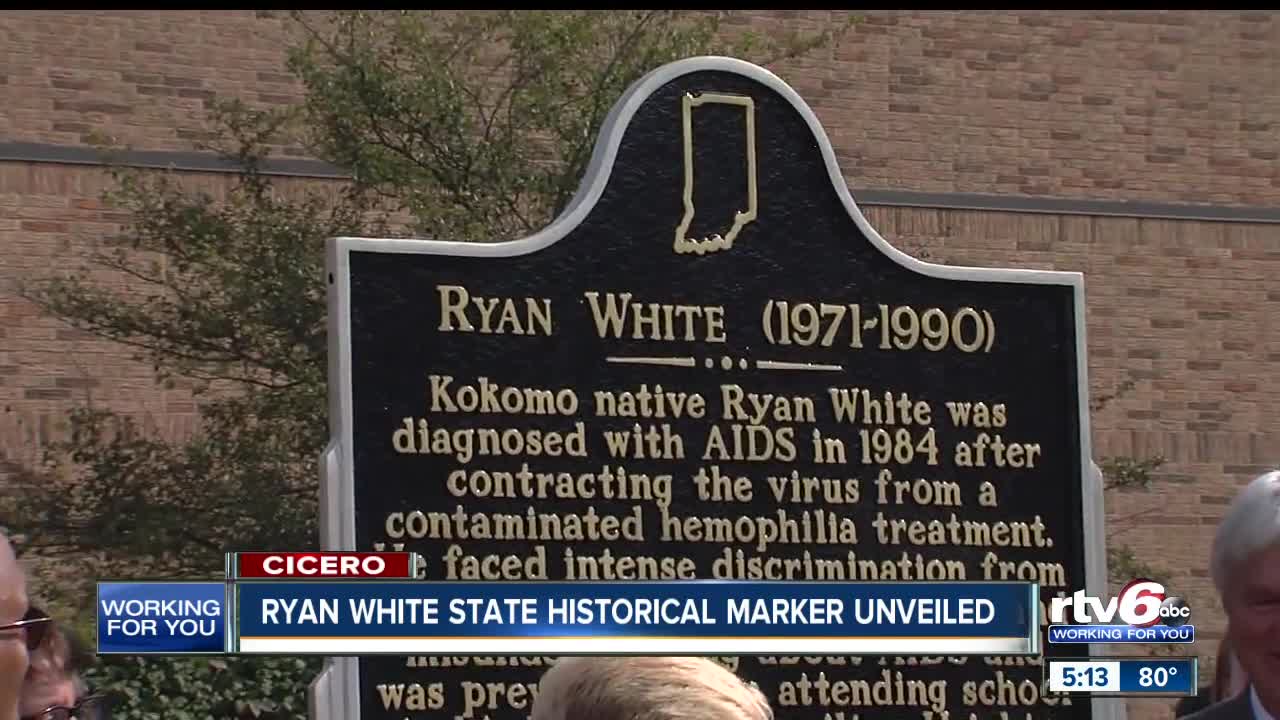 HAMILTON CO. — There are now 661 official state historical markers across Indiana. The newest one has Ryan White's name on it.

In 1987, what is now the middle school was the Hamilton Heights High School building. White received a warm welcome at the school when he transferred there.

That was not the case in Howard County.

In 1984, while living just outside of Kokomo, White contracted AIDS from a blood transfusion. He met opposition at Western Middle School from people who feared he would spread AIDS to students and staff.

So he transferred to Hamilton Heights.

"I looked at homes in Cicero, Indiana. I had no idea what to expect. But we purchased a home in Cicero, Indiana," Jeanna White-Ginder, Ryan White's mother, said. "Our life actually changed the night we moved. The next day, kids stopped by the house to introduce themselves to Ryan. Danny Baker, Wendy Baker was one, Jill Stewart, Billy Beechler. There was kids that stopped by, so Ryan would know somebody the first day of school."

Now, Ryan White will forever be immortalized in the Hamilton County community that welcomed him in and where he spent his final days.