Mónica Mayer, the artist behind El Tendedero/The Clothesline, will be part of a discussion forum at Newfields. 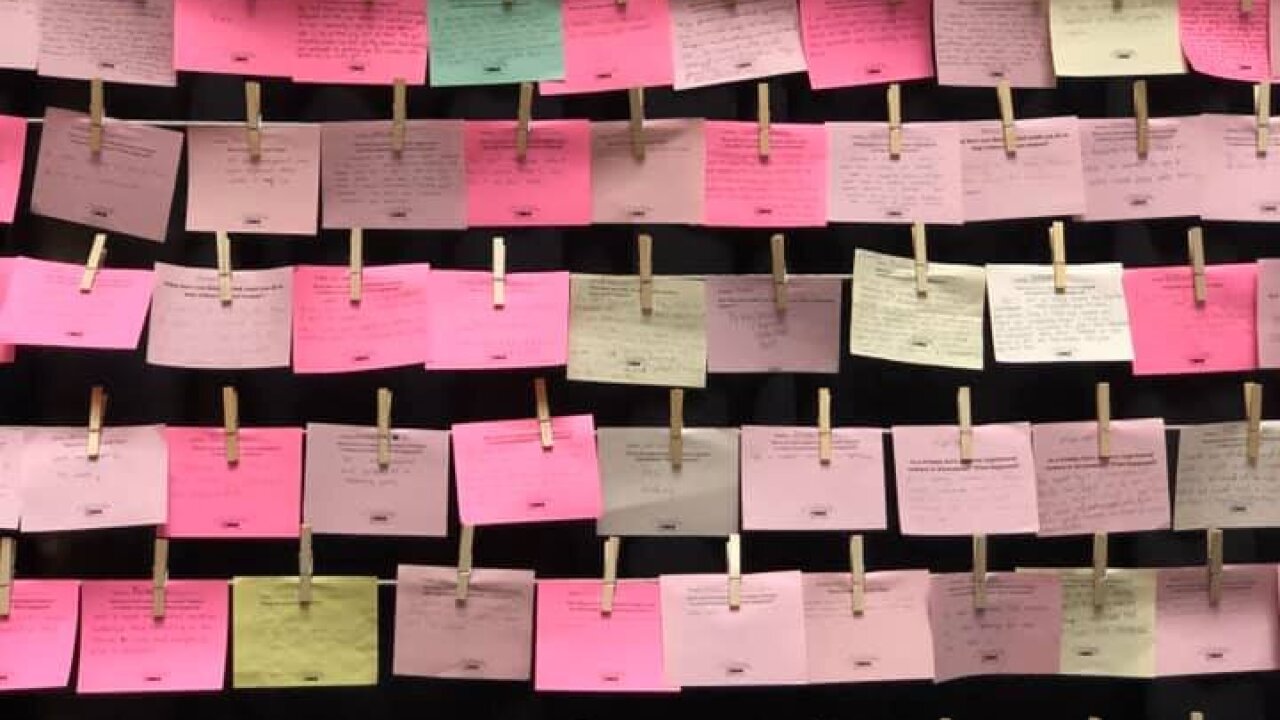 INDIANAPOLIS — A year-long project of giving voice to sexual assault survivors in Indiana is rounding out with its latest installation in the Indianapolis Art Museum at Newfields.

El Tendedero/The Clothesline started its statewide exhibition in September 2019. Over 1,500 notecards and 150 public events later, hundreds of women from all 92 Indiana counties have shared their stories of sexual violence.

The project had two goals: to raise awareness of sexual assault and to persuade state lawmakers to define consent in the Indiana legislature.

Despite The Clothesline's year-long expenditure and the work of multiple local advocacy groups like Women4Change and the Indiana Coalition to End Sexual Assault & Human Trafficking, what it means to consent to a sexual encounter will remain unclear in Indiana statute.

The Indiana Legislative Council assigned an Interim Study Committee to consider a law that would define sexual consent earlier this year. This happened after a Women4Change event in March when House Bill 1160, which would have clearly defined consent for an offense involving a sex crime, did not get a hearing during the legislative session.

On October 6, the Committee and the Corrections and Criminal Code decided not to recommend proposed legislation defining sexual consent.

The expansive project hosted in Indiana was the first time Mónica Mayer, the artist behind The Clothesline which she created in 1978, had an installation presented in multiple venues over a year-long period. With this, Newfields is hosting a two-day virtual discussion with Mayer on November 11 and 12.

Ann Stack, an arts advocate and former member of Newfields Contemporary Art Society and former Newfields Trustee, said she "found the art of my time challenging, disturbing, beautiful, powerful and exciting. I still do.”

"The first time I saw El Tendedero was at the National Museum of Women in the Arts,” Stack said.

“Mónica Mayer had created a work which was aesthetically creative and intellectually engaging. In Indiana, El Tendedero inspired statewide coalitions and organizations representing the visual, performing, and literary arts, survivors, civics, government, academia, the military, and women in prison," Stack continued. "The common purpose was to end sexual violence against women. As a young woman, I found the art of my time challenging, disturbing, beautiful, powerful, and exciting. I still do.”

Click here to learn more about the two-day event and register.
According to a press release from Newfields, Women4Change remains "encouraged" and will continue to push for sexual consent to be defined by Indiana legislation during the 2021 legislative session.