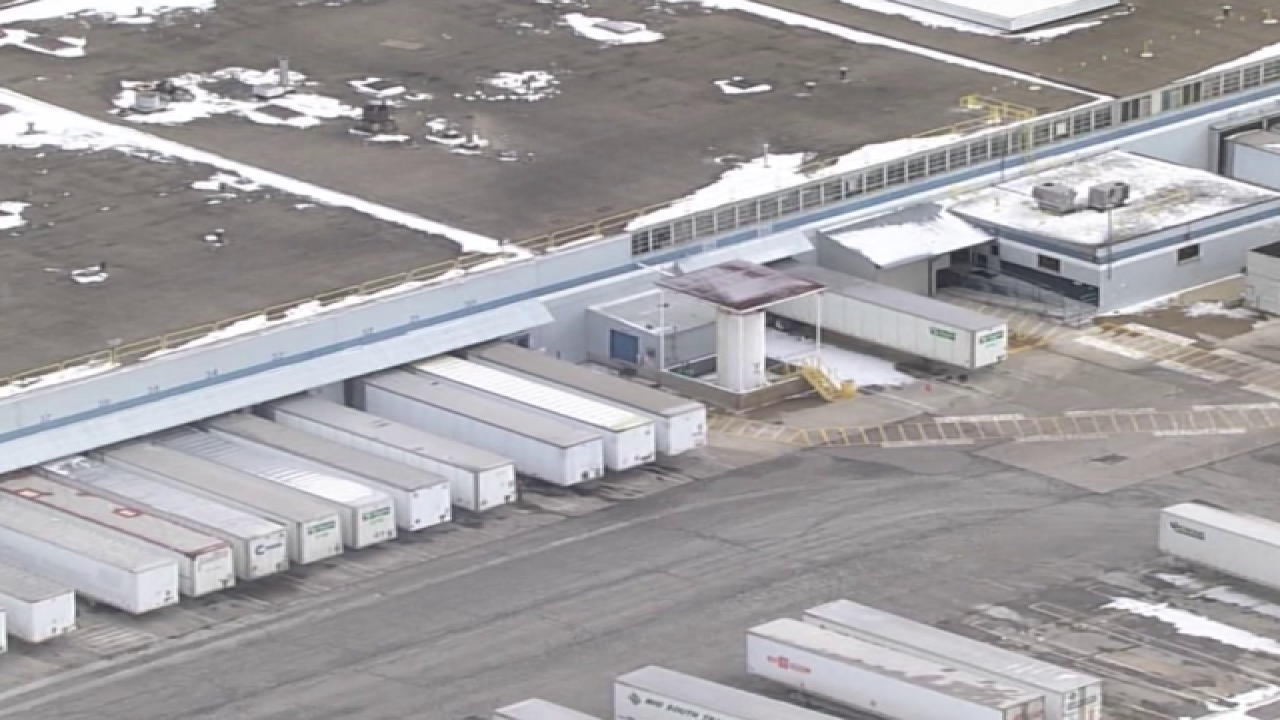 A look at the important dates in Carrier's decision to move jobs from Indy to Mexico:

Feb. 10: Carrier announces they are relocating 1,400 jobs from Indianapolis to Monterrey, Mexico. Video surfaces of the moment employees find out. The company states the relocation process will take place over a 3-year period. The work movement is expected to start in 2017, with completion in 2019. Chris Nelson, president of HVAC Systems and Services North America, says the move will allow the company to operate more cost-effectively. In a statement, Indianapolis Mayor Joe Hogsett says the company's surprise announcement was without warning and incredibly disappointing.

Feb. 13: Republican presidential candidate Donald Trump weighs in on Carrier's announcement, and said it would not happen if he was president.

I am the only one who can fix this. Very sad. Will not happen under my watch! #MakeAmericaGreatAgain https://t.co/8MQ4imuTTi

Feb. 15: Carrier says they were awarded, but did not receive $5M in federal stimulus funds and that they are reviewing other grants.

Feb. 15: Gov. Pence announces that he will review Carrier's plans to move its plant from Indianapolis to Mexico because the company has received state training grants. Pence says he has instructed the Indiana Economic Development Corporation to review all incentive contracts previously offered to Carrier and United Technologies to evaluate options to get back taxpayer money.

Feb. 16: The president of United Steelworkers Local 1999 says there is no hope to save Carrier jobs, citing a major wage difference.

Donald Trump says Carrier should be taxed for their goods after move to Mexico.

The city and state announce plans to help Carrier workers.

Feb. 17: Indiana leaders ask Carrier for a meeting to try to keep the jobs in the state. Gov. Pence, U.S. Senators Joe Donnelly and Dan Coats, Congressmen Andre Carson and Marlin Stutzman and Indianapolis Mayor Joe Hogsett all sign a letter asking the company to come to the table in good faith to find a solution to keep the jobs in Indiana.

Feb. 21: Mayor Hogsett, Sen. Joe Donnelly meet with Carrier workers at their first regularly-scheduled union meeting since Carrier announced it was relocating jobs to Mexico. "So today's message was just a message of solidarity. That we stand with the 1,400 workers that are potentially going to be affective and that we'll do whatever we can to transition them into new employment if that is the reality, " Mayor Hogsett said.

Feb. 23: Our Rafael Sanchez travels to Monterrey, Mexico to investigate Carrier's current plants and what life will be like for Mexican Carrier employees, including how much they will be paid.

STORIES FROM MEXICO
Could Indiana workers afford to move and live in Mexico?
What Mexican employees get with their wage
Mexican Carrier employees paid 4X less than Ind.
How much might Carrier save by moving to Mexico?
PHOTOS: Drone footage from Carrier facility in Mexico

March 2: Gov. Pence meets with Carrier executives at the Statehouse. He calls the meeting "frank and productive" and says the company will repay state and local tax incentives it had received. He says the company will keep 400 good paying jobs in Indiana. He also says executives told him the decision to relocate jobs had nothing to do the business climate in Indiana, but that federal regulations were a major factor.

Carrier releases a statement about the meeting saying they "touched on the continued migration of Carrier’s suppliers and competitors to Mexico, as well as ongoing cost and pricing pressures driven, in part, by evolving regulatory requirements and standards."

Union workers also get a chance to meet with Gov. Pence. They say they will not be going away quietly.

March 3: Sen. Joe Donnelly tells RTV6 that Carrier never mentioned that federal regulations were part of their decision to move. “They’ve never cited a single regulation in regards to this and said that the regulations in Mexico are exactly the same as in the United States. It’s real clear what this is about. This is about Carrier chasing Mexican wages at $3 an hour, that’s what this is about," he says.

Indianapolis Mayor Joe Hogsett calls on the company to repay $1.2 million in tax incentives to the city within 30 days. He also announces the launch of a website to help Carrier employees.

March 4: The president of the Indiana Economic Development Corporation sends a letter to Sen. Donnelly because he says he thinks it is "imperative to set the record straight" and says Carrier executives mentioned several times that federal regulations were the leading factor in their decision to relocate jobs.

“I’ve said all along that this is a case of a very profitable company with extremely well compensated executives chasing cheap wages in Mexico. The letter supports that assertion when Schellinger writes that UTC told the governor that ‘labor costs must be reduced," Sen. Donnelly says in response.

EXCLUSIVE: @GovPenceIN administration letter to @SenDonnelly over #Carrier decision to move out of Indiana @rtv6 pic.twitter.com/CbO2NvhgoK

"The way they rolled this out, I think, was despicable," Coats said. "And they acknowledged it. It was a terrible rollout. And a disservice to the people who are working in the plant, and to Indiana. I tried to convince them … is there anything we can do to rethink this thing through? They made it clear that over this next three-year period of time they're going to be shifting out of Indiana."

March 10: Carrier executives tells investors the company is expecting even more growth this year. "We've shifted an abundant footprint of our manufacturing to relative lower-cost countries, about two-thirds," Bob McDonough, President of United Technologies Climate, Controls and Security said. "Still some opportunities there."

Sen. Joe Donnelly (D-Indiana) says McDonough's statements are proof the company was not moving jobs to Mexico because of federal regulations.

The Indiana Economic Development Corporation responded, saying the move was a result of "rising red tape."

April 20: On the campaign trail, Donald Trump tells Carrier "you're going to pay a damn tax."

May 10: RTV6 hosts a Town Hall, bringing together experts on NAFTA, job transitioning and economics for the workers to vent and get help.

May 18: A report surfaces that Donald Trump made money off of Carrier with investments in 2015.

July 1: Workers get their first look at the severance offers from Carrier. The company says severance pay will involve one week for every year of employment. Each worker will also get an extra lump sum of $2,500 and medical coverage will continue for six months after an employee is laid off. The company also offers to pay education and vocational training expenses through various programs.

The catch is: Employees are only eligible for all the benefits if they stay with the company until they are laid off.

July 13: Donald Trump again lambastes Carrier while during a campaign stop in Westfield.

July 25: The city offers free financial workshops for those affected by Carrier's decision

October 14: Another company from Indianapolis, Rexnord, announces their intent to move jobs to Mexico.

November 24, Thanksgiving: Trump tweets about progress on getting Carrier to stay in the U.S.

I am working hard, even on Thanksgiving, trying to get Carrier A.C. Company to stay in the U.S. (Indiana). MAKING PROGRESS - Will know soon!

Carrier has had discussions with the incoming administration and we look forward to working together. Nothing to announce at this time.

November 29: CNN reports that Trump and Carrier had moved beyond just discussions, and were in negotiations.

November 30: Carrier and Donald Trump announce they will save 1,000  of the 1,400 jobs originally slated to be shipped to Mexico.

We are pleased to have reached a deal with President-elect Trump & VP-elect Pence to keep close to 1,000 jobs in Indy. More details soon.

You can read all of these stories and more at theindychannel.com/movingtomexico.