HOWARD COUNTY, Ind. -- A small tree was planted at the entrance of Ladd Dental Group on Wednesday in remembrance of a Howard County Deputy who was killed in the line of duty last year.

Deputy Carl Koontz, 27, was shot and killed last March while serving a warrant at a home in Russiaville.

His wife, Kassie, works for the Kokomo dental office. 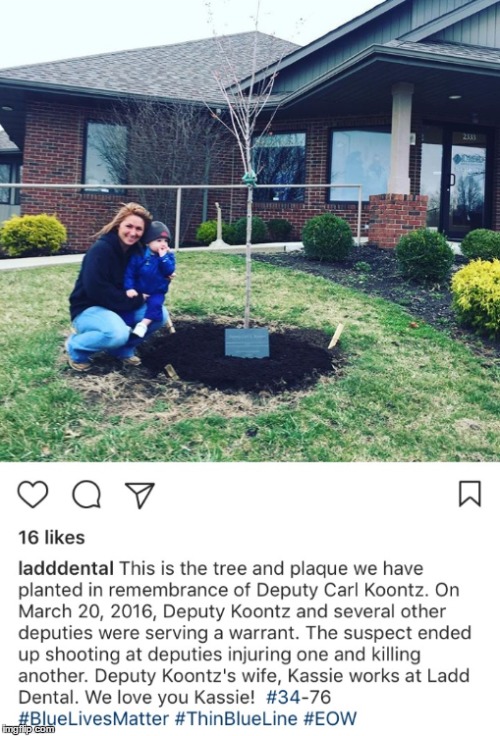 The company planted the tree in honor of Deputy Koontz along with a plaque that read, “Gone but never forgotten.”

The Koontz’s son, Noah, was only 8-months old when his father was killed.