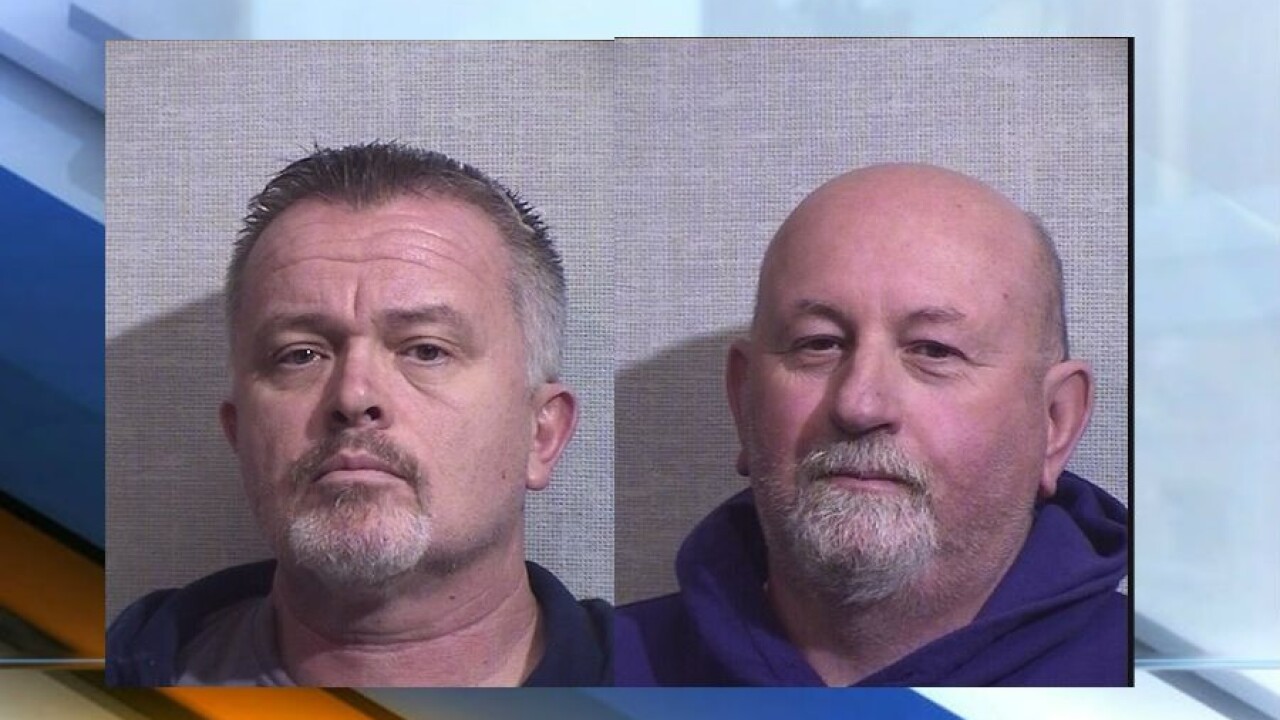 Seymour is about 60 miles south of Indianapolis in Jackson County. Both men were booked into the county jail Wednesday.

According to State Police Public Information Officer Sgt. Stephen Wheeles, an investigation began last October when allegations of ghost employment were made against Abbott and Lamb.

During the investigation, ISP detectives determined Chief Abbott was working in a paid security role for a local hospital while also carrying out his official duties as police chief.

The investigation also found that Captain Lamb was working for a security firm that provided off-duty police officers for Interstate 65 construction zones. Lamb allegedly did this work while on duty with the Seymour Department.

Chief Abbott worked for the Schneck Medical Center scheduling off duty police officers to work security jobs at the hospital.

Lamb's job with the security company was to schedule off duty police officers to work the highway details. Lamb was also part-owner of a company that provided safety training to schools, churches and businesses. Investigators found Lamb was allegedly doing work for the training company while on duty with Seymour Police.

ISP turned the case over to a special prosecutor who reviewed the findings and and determined the charges.