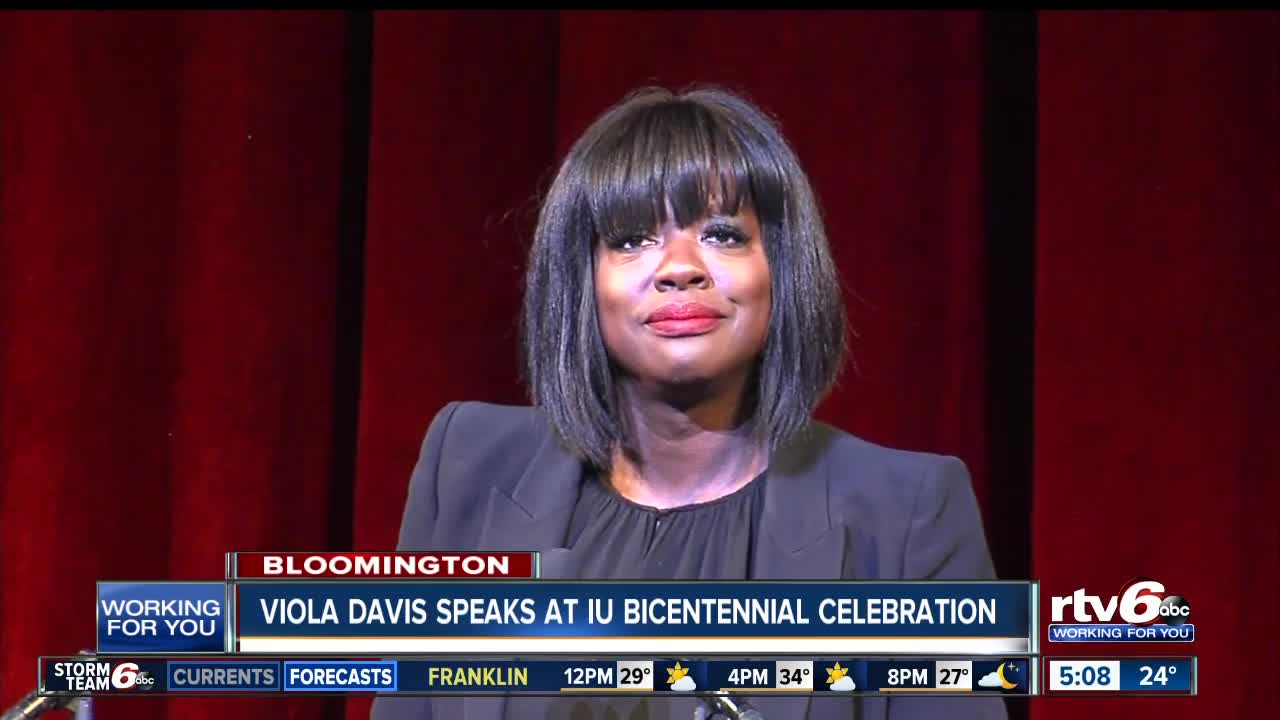 Davis is known for her roles in the AMB drama 'How to Get Away with Murder' and the film 'The Help.'

The actress spoke as part of IU's 'Day of Commemoration' event at Simon Skjody Assembly Hall in Bloomington. She talked about the role that the past plays in the future.

"In the words of James Baldwin — 'we are our history,'" Davis said. "You know, we always say that when people come from impoverished environments, or there's a lot of violence, and then they go on to sort of lead very challenged lives, and they're in prison, and people always say, 'oh, they're a product of their environment' — we're all a product of our environment."