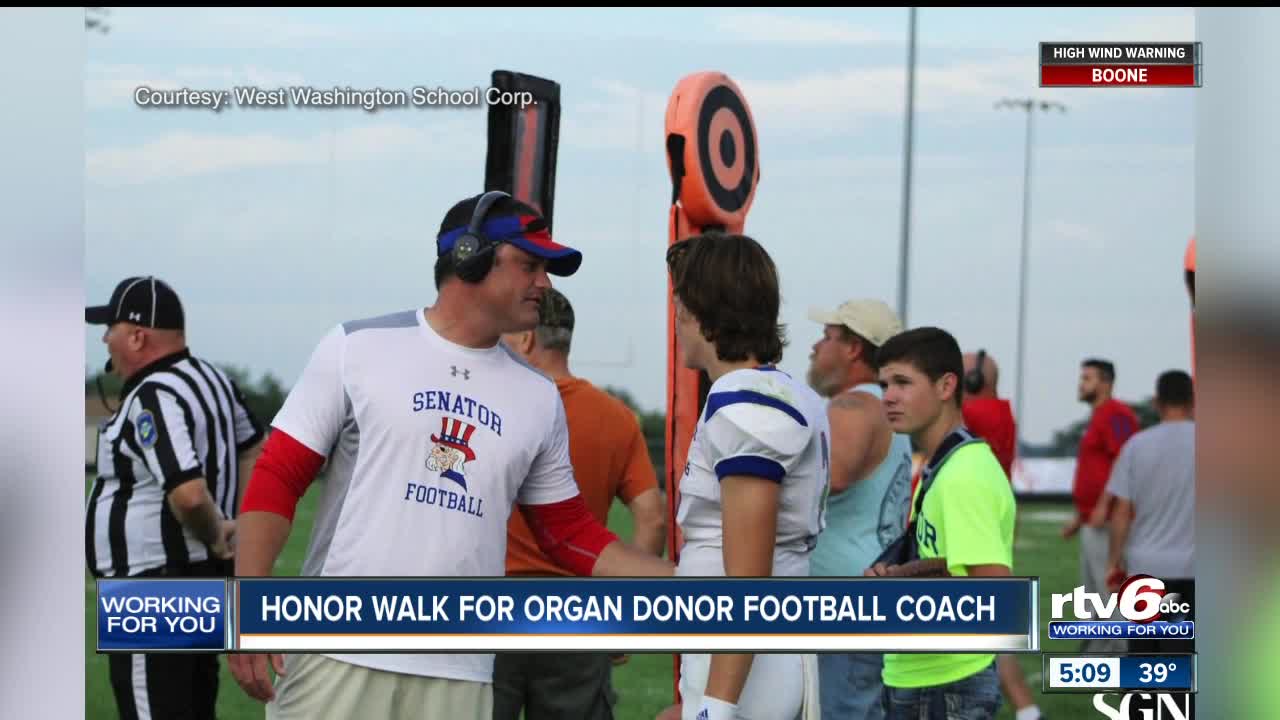 Family, students and members of the West Washington School Corporation Community gathered at St. Vincent Hospital to honor football coach Phillip Bowsman as part of an honor walk when he was wheeled to the operating room for organ donation. Bowsman died Monday after suffering a stroke during a game last week. 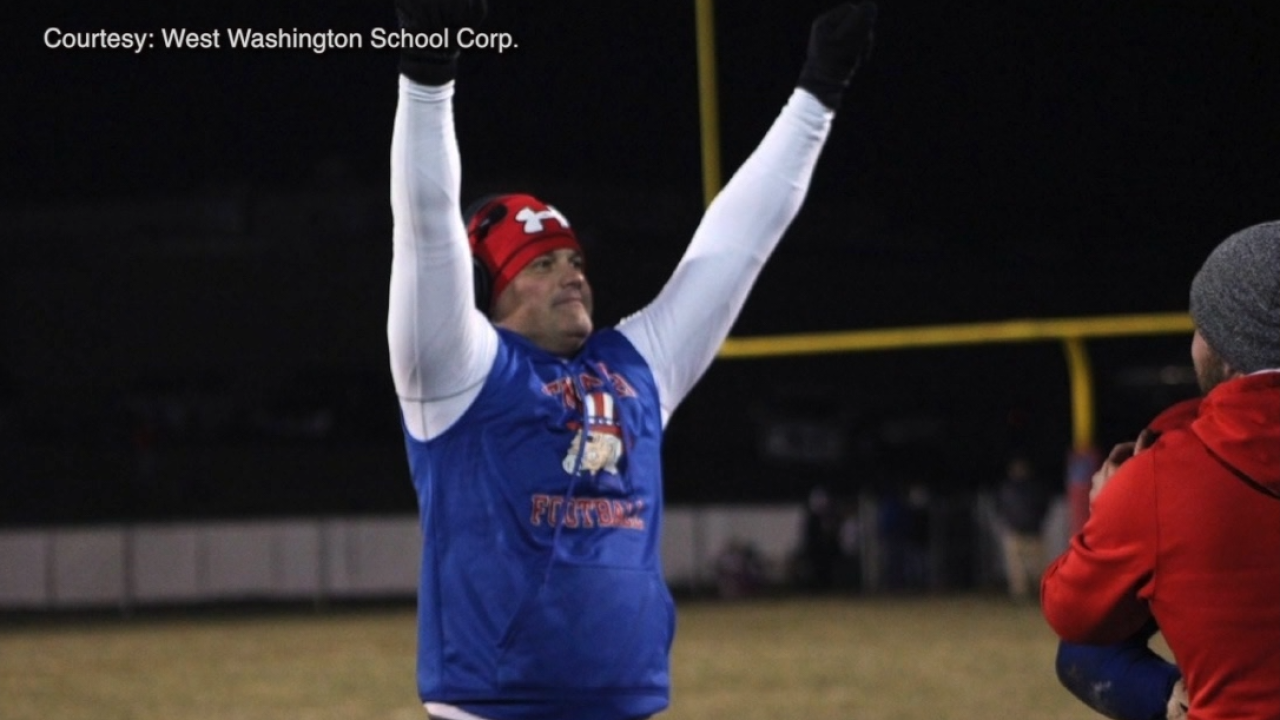 INDIANAPOLIS — Brokenhearted family, students and members of the West Washington School Corporation community gathered Wednesday to honor the high school football coach who gave the gift of life in his final act on Earth.

They lined the halls of St. Vincent Hospital to watch as West Washington coach Phillip Bowsman was wheeled to the operating room for organ donation as part of an honor walk.

Bowsman, 43, died Monday after suffering a stroke during the Senators' semistate game Friday in Indianapolis at Lutheran High School.

According to his wife's Facebook post that was shared by the school district, Bowsman could save up to eight lives through organ donation.

"I think it's fitting that Coach Bowsman's last acts were acts of generosity and giving to others because that's the life that he lived," West Washington School Corporation superintendent Keith Nance said. "And to do it surrounded by the community and the kids that he loves, I know was very important to his family."

Bowsman leaves behind a wife, daughter and son.

Visitation is 11 a.m.-8 p.m. Friday and 10 a.m.-noon at Mt. Tabor Christian Church in Salem. The funeral will follow at noon Saturday. Bowsman's family asks people to wear their West Washington Senators attire on Friday and Saturday.