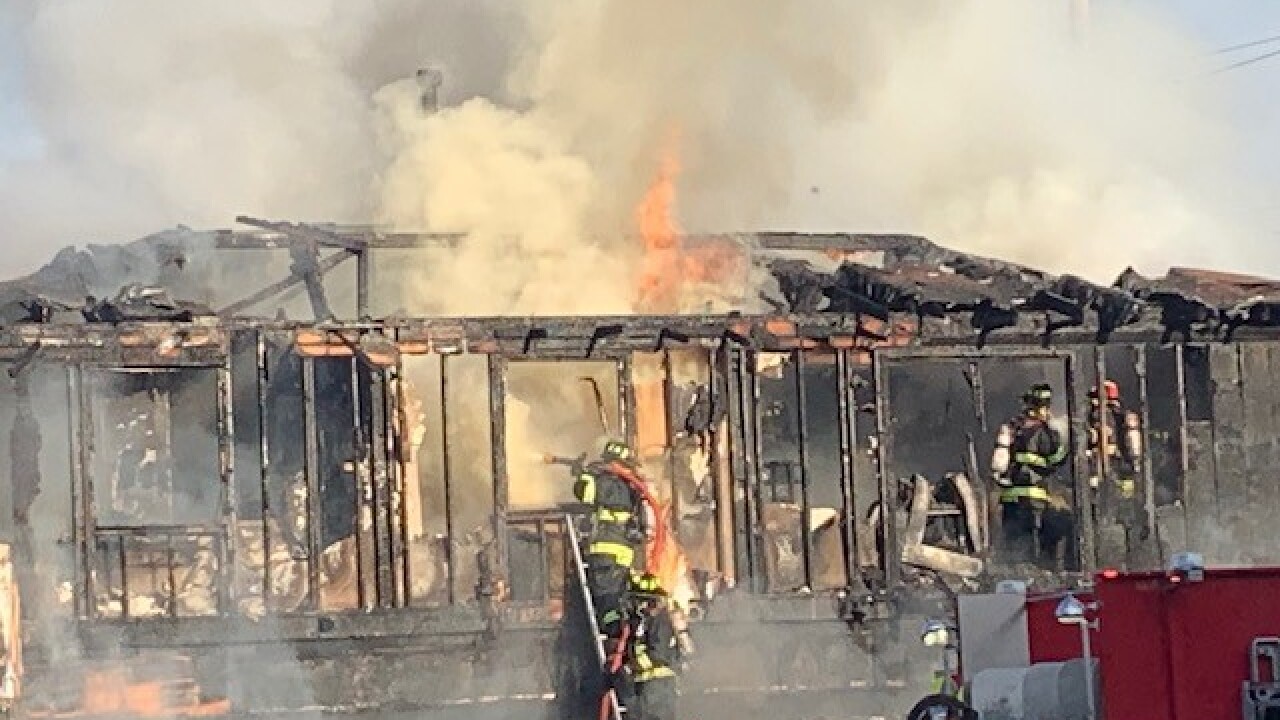 Update, July 20: The Indianapolis Fire Department announced Jeremiah Vinson, 12, died Saturday at Riley Hospital for Child from injuries suffered in a fire on July 15. This story has been updated.

INDIANAPOLIS — A woman and child have died after they were pulled from the second story of an apartment fire on Indianapolis' west side.

Firefighters were called to the apartment building on Lupine Terrace near 34th Street and I-465 Tuesday morning for a report of flames and heavy smoke coming from an apartment complex.

Arriving crews found multiple residents already outside the building, according to Indianapolis Fire Department PIO Rita Reith. The residents told firefighters they were alerted to the fire by working smoke alarms and were able to escape without injury.

Firefighters were also alerted to victims still in an apartment on the second floor and were able to rescue an adult woman and a juvenile.

Keiyonna Jones, 43, was taken to Eskenazi Hospital where she later died. Jeremiah Vinson, 12, was rushed to Riley Hospital for Children in critical condition. The Indianapolis Fire Department announced he died on Saturday.

One firefighter received slight injuries while battling the fire. No other firefighters were injured.

Reith says one dog was also killed in the fire and two cats remain unaccounted for.

The apartment building has four units and Reith said 16 people lived in the building. All have been displaced and victims assistance is on the scene to help them find alternate housing.