In recordings, Trump's sister says he 'has no principles' 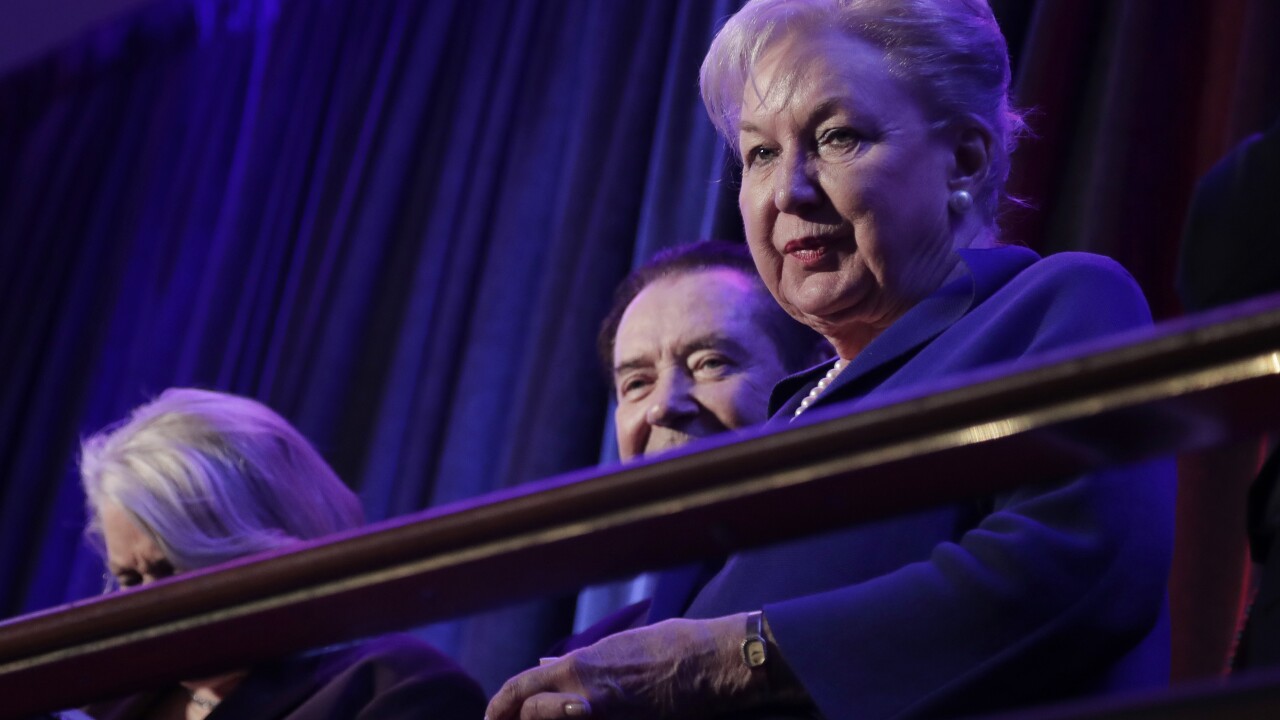 Copyright 2019 The Associated Press. All rights reserved.
Julie Jacobson/AP
FILE - In this Nov. 9, 2016 file photo, federal judge Maryanne Trump Barry, sister of Donald Trump, sits in the balcony during Trump's election night rally in New York. Barry has retired as a federal appellate judge in Philadelphia, ending a misconduct inquiry launched after a report that she participated in Trump family schemes to dodge taxes. Her retirement was revealed in an April 1, 2019 order signed by a top court official in New York, where the misconduct case was assigned. (AP Photo/Julie Jacobson, File)

At one point, Maryanne Trump Barry is heard saying the president “has no principles.”

Barry was secretly recorded by her niece, Mary Trump, who has released a book denouncing the president.

Mary Trump said Saturday she made the recordings in 2018 and 2019. The Washington Post was the first to report on them.

At times, Barry speaks critically of what she says is her brother's tweeting, lack of preparation and lying.

"The g*****n tweet and the lying,” she can be heard saying. “Oh, my God, I’m talking too freely, but you know. The change of stories, the lack of preparation, the lying, the- holy sh*t."

Barry also is heard claiming that Trump paid somebody to take the SAT college entrance exam for him.

"I mean, I didn’t get him in, but I know he didn’t get into college. And he- And he went to Fordham for one year and then he got into University of Pennsylvania. Because he had somebody take his—take the exams."

Barry said she hasn’t asked her brother for a favor since 1981, when she was being considered for the federal court.

"Donald's out for Donald, period. When he said, he started to say something to me, ‘boy look at what I've done for you.’ And I said, ‘you have done nothing.’ Deliberately I have never asked him for a favor since 1981 when I was highly considered to go on the federal court, on my own merits."

In a statement, the president says, “Every day it’s something else, who cares."