President took aim at 1619 Project as he announced commission 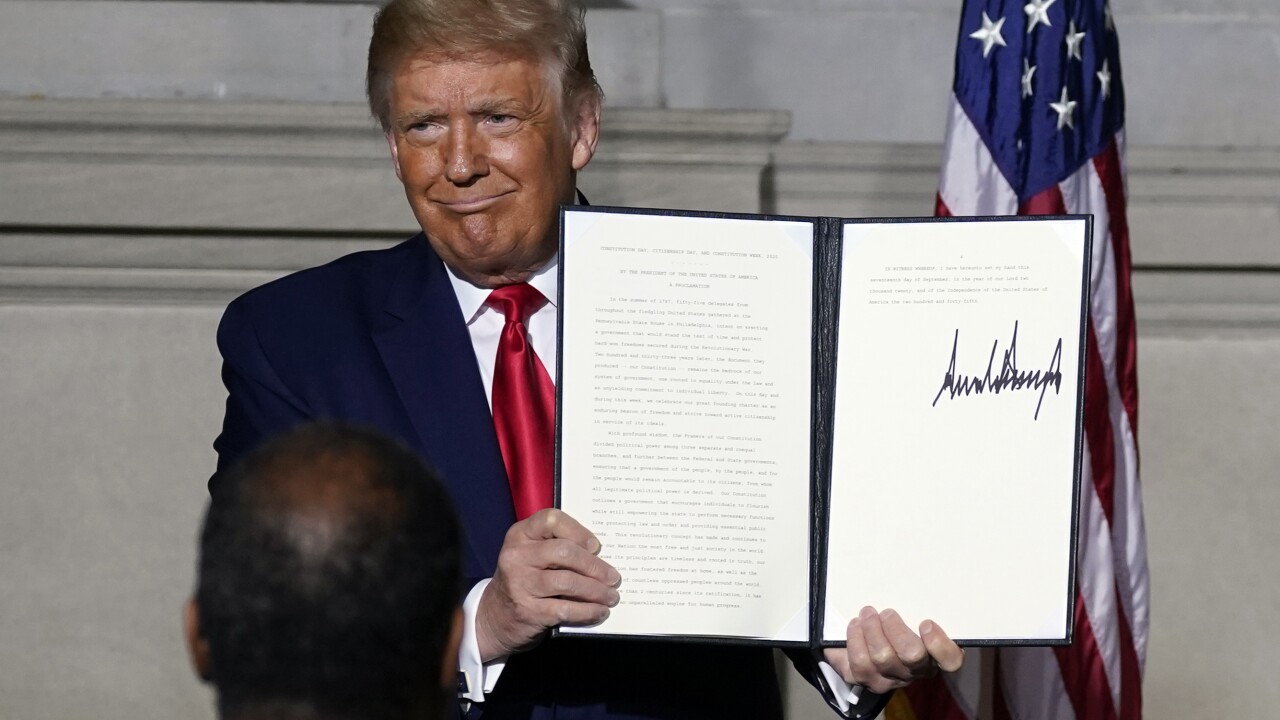 WASHINGTON, D.C. – President Donald Trump said Thursday that he will soon sign an executive order that will establish a commission to promote "patriotic education" in schools. He said it will be called the “1776 Commission,” named after the year the United States was founded.

“It will encourage our educators to teach our children about the miracle of American history and make plans to honor the 250th anniversary of our founding,” said Trump during a speech at the National Archive Museum on Constitution Day.

Trump also announced that the National Endowment for the Humanities has awarded a grant to support the development of pro-American curriculum that he says celebrates the truth about the nation’s history.

“The only path to national unity is through our shared identity as Americans,” said Trump. “That is why it is so urgent that we restore patriotic education to our schools.”

During his speech, Trump took aim, again, at The 1619 Project, an initiative developed by The New York Times Magazine in 2019. The project “aims to reframe the country’s history by placing the consequences of slavery and the contributions of Black Americans at the very center of our national narrative.”

“The left has warped, distorted and defiled the American story with deceptions, falsehoods and lies. There is no better example that The New York Times’ totally discredited 1619 Project,” said Trump. “This project rewrites American history to teach our children that we were founded on the principle of oppression, not freedom. Nothing could be further from the truth.”

In the past, Trump has threatened to cut funding to public schools that implement The 1619 Project into their curriculum.

At the end of his speech, Trump signed a Constitution Day proclamation.

“Our youth will be taught to love America with all of their heart and all of their soul. We will save this cherished inheritance for our children, for their children and for every generation to come.”