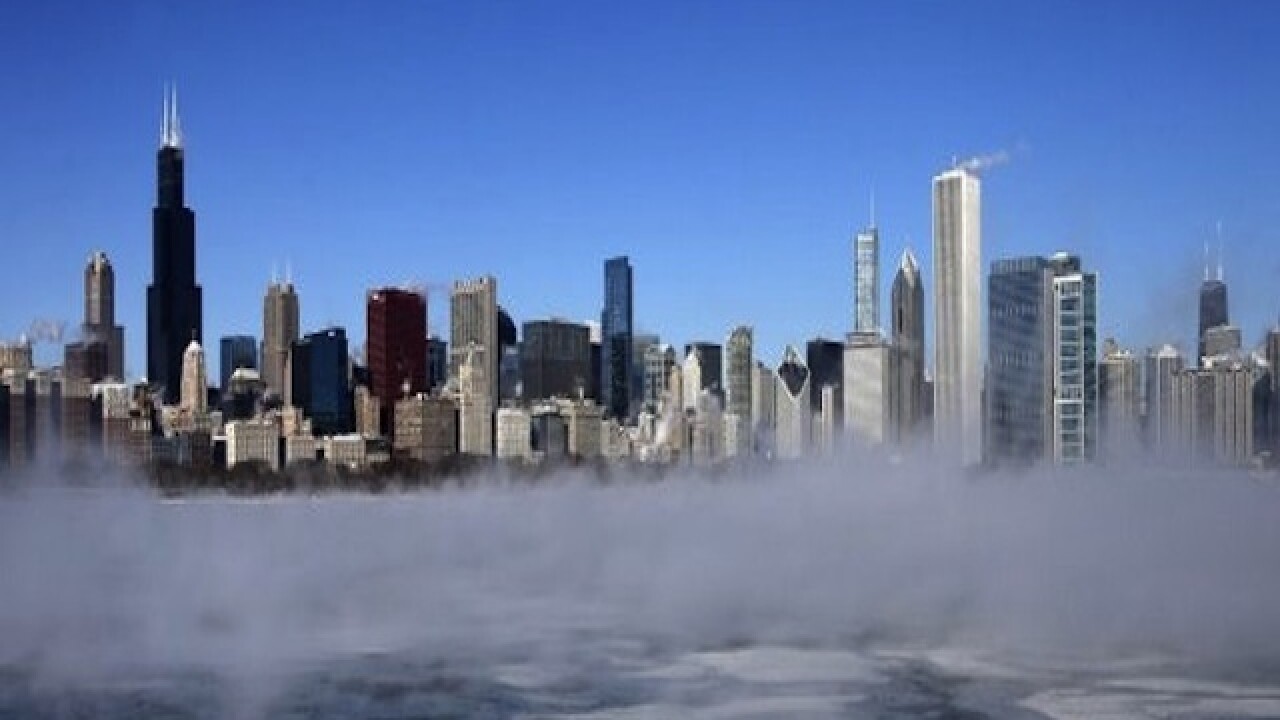 CHICAGO (AP) — Chicago police on Thursday found the bodies of four men, one woman and a child inside a home on the city's South Side in what police said was being investigated as an apparent multiple homicide.

Interim Chicago Police Superintendent John Escalante said it appeared to be an isolated incident and there was no wider threat to the community, but police added extra patrols in the neighborhood as a precaution. Asked whether it could have been a murder-suicide, he said it was "a possibility."

Standing in the street in the Gage Park neighborhood, Escalante told reporters that police checked the house Thursday afternoon after receiving a call from a co-worker worried about someone who lived there. The person had missed two days of work, which was "highly unusual and very suspicious," Escalante said.

Police arrived at the single-family brick home just after 1 p.m. They looked inside and saw one body, entered and found five more bodies. The bodies had signs of trauma, but authorities have not determined the cause of death.

Authorities were still working to identify the dead. Escalante said it's probable they were all family members and police were trying to locate relatives. The child is thought to be 10 to 12 years old.

A relative of the family who lived in the home said Thursday evening that the family seemed happy. She said living in the home were a couple, their son, their daughter and the daughter's two children.

"They were a normal family. Everything was fine," Noemi Martinez, 29, said from Dallas during a phone interview in Spanish. She said her husband was a nephew and cousin of the home's residents.

Martinez said the father worked at a factory in Chicago and the mother was a housewife. They were originally from the Mexican state of Guanajuato and had lived in Chicago for about a decade, Martinez said.

"Right now we just want to know who did this. They didn't deserve this. We don't understand what happened," she said.

Escalante said the investigation would take time but emphasized there was no imminent threat.

"At this time we don't believe that there is any threat to the surrounding community or any known threat right now to the immediate neighborhood," he said.

In the neighborhood, three teenage boys said they were worried about a classmate at Rachel Carson Elementary School who lived in the home. They feared he was among the dead.

"His favorite sport was soccer," Aaron Villazana said of his friend, and Emmanuel Hernandez chimed: "He'd get out of school and play soccer. ... He liked sharing."

"I just saw him three days ago. He was walking by. He told me, 'How are your basketball games going?'" said Jesus Anderade.

Earlier, Rosa De La Torre's 13-year-old son comforted her as she sat down and sobbed near the home of her friend, whom she thought could be among the victims.

Another neighbor, Lettie Magas, 68, lamented what she said has been an increase in crime in recent years.

"I feel safe as long as it's daylight out, but I won't come out at night, no way," Magas said.