Clinton vs Sanders in Nevada: Urban vs rural 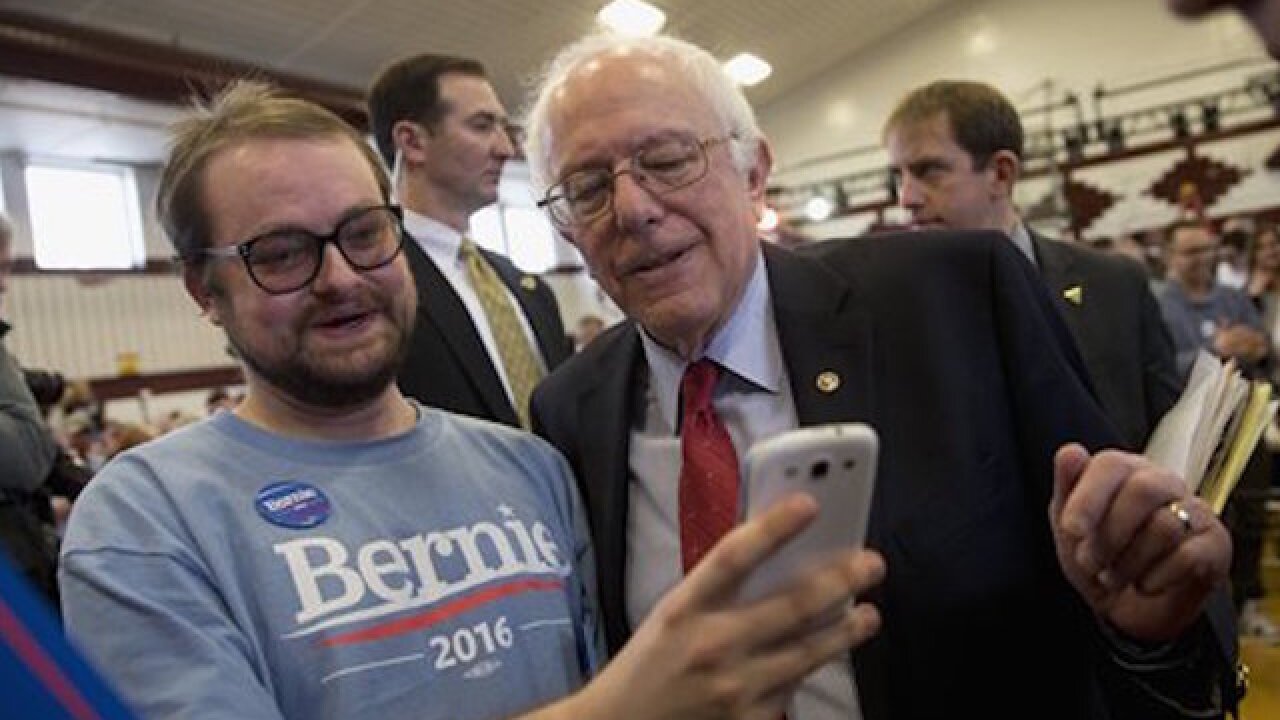 LAS VEGAS (AP) — It was shortly after midnight when Hillary Clinton descended into the basement of an enormous Las Vegas casino to shake the hands of about a half-dozen housekeepers folding linens. Meanwhile, Bernie Sanders jetted off to the remote, conservative northeastern Nevada town of Elko, population 20,000, to rally the few Democrats there.

The divergent scenes show the two paths Clinton and Sanders are following as they furiously stump for every vote before Saturday's Nevada caucuses. Clinton is hoping minorities and unions in Nevada's population center give her the edge over Sanders, while the Vermont democratic socialist aims to drive up turnout in the state's more lightly-populated northern region to claim victory.

Sanders' strategy is driven in part because Nevada Democrats allocate delegates to caucus winners based on congressional districts, giving greater weight to sparsely populated areas like Elko. Obama lost the popular vote to Clinton in the 2008 contest here but the quirky nature of the caucus enabled him to emerge with one more delegate than Clinton

"Her base is in Clark County," said Andres Ramirez, a Democratic strategist in Las Vegas who backs Clinton. "I think he realizes he can't break into her support more in Clark County and he's going to the rurals."

Neither candidate is pursuing a single-track strategy. Clinton canceled a trip to Florida on Monday to campaign in Elko and Reno and her campaign has devoted significant resources building a field operation even in the most remote reaches of the states. Sanders has especially focused on wooing Las Vegas' minority population, especially young people, both to win votes and to counter the Clinton critique that he only appeals to white voters.

The Clinton campaign tried to keep hammering that note Friday as it unveiled the endorsement of Rep. James Clyburn, the top Democrat from the next state on the early voting calendar, South Carolina. Clyburn's endorsement underscored Clinton's strength in South Carolina among the state's African-American community and the campaign's plan to connect with black voters in a series of "Super Tuesday" contests on March 1 throughout the South.

The stakes in Nevada far outstrip the 35 delegates up for grabs Saturday. The state was supposed to be part of Clinton's so-called "firewall" against Sanders, one of a series of heavily-minority states that follow mostly white Iowa and New Hampshire where Clinton would do well. But Sanders has poured resources into the state and drawn large and increasingly diverse crowds, leading some Democrats to worry that Clinton would lose the state or only narrowly win it.

"There's no doubt he has momentum. She has organization. They know the state well," said David Plouffe, a former Obama campaign manager who is in Las Vegas to rally support for Clinton. "Listen, we got mamboed by the Clinton campaign in Clark County eight years ago. They've got real strength here. We didn't see that margin coming and it's the reason why we lost." He added: "I think Sanders will do well where we did well, some of the rural areas in Washoe County. But her real strength is down here."

On Thursday, Clinton stopped at four separate casinos, where she was greeted warmly by the heavily-immigrant casino workers. Las Vegas' powerful unions have ensured that organized casinos will open rooms for workers to caucus on Saturday and will give them breaks to go vote. Though the union that represents 57,000 hospitality workers, the Culinary Union, has declined to endorse in the race it is urging its members to caucus, something that several Democrats think will help Clinton by turning out voters who are loyal to her. In 2008 she won the casino caucus sites even though the union endorsed Obama.

In her visits, which started with the post-midnight swing by a linen room at Caesars Palace, Clinton was mobbed by adoring supporters, some of whom gave her high-fives or, in one occasion, ran up to her and gave her a bear hug.

Blanca Melgar, a cafeteria worker, broke down into tears as she embraced Clinton, telling the former secretary of state how she had immigrated to the United States in 1965 and staunchly supported Democrats.

"I know you're going to win," she told a visibly moved Clinton. "Be strong. That's what I like about you — you're a strong woman. That's what we need."