No one injured in crash 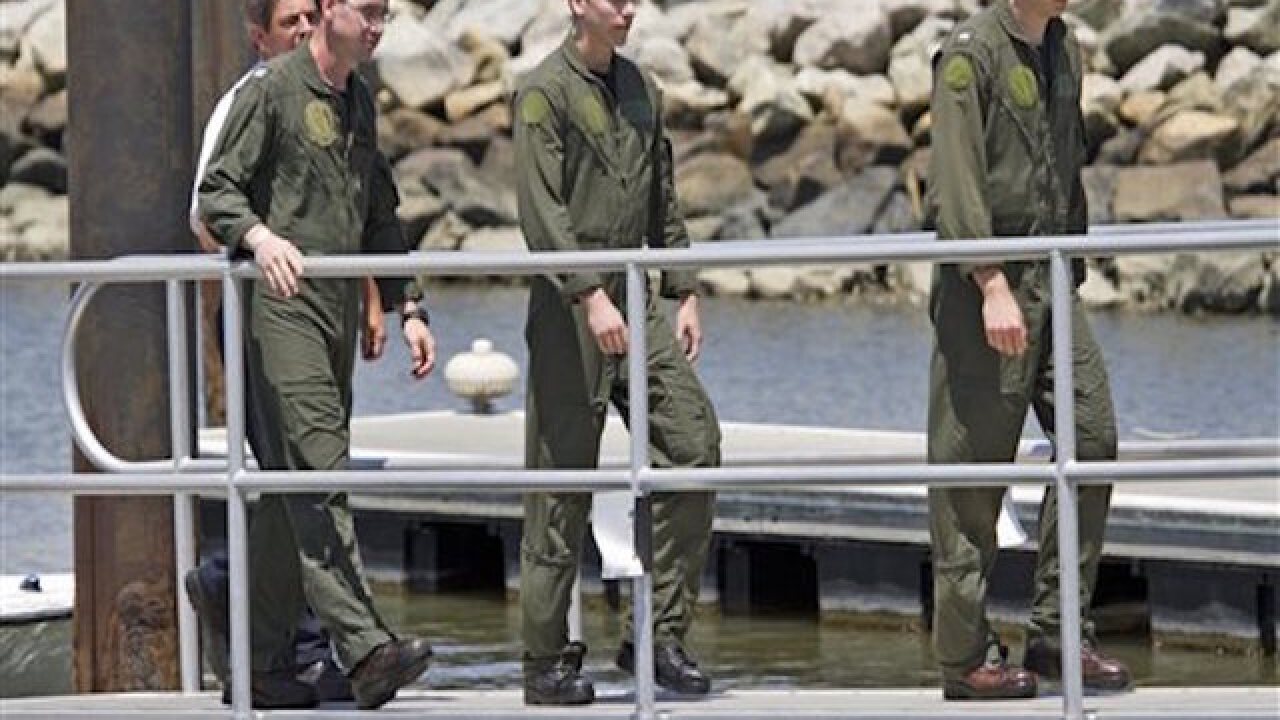 Copyright Associated Press
Joe Fudge
<p>Three passengers that were aboard a Navy helicopter that crashed into the James River walk off a boat ramp after being rescued uninjured, at Huntington Park Tuesday, June 14, 2016, in Newport News, Va. (Joe Fudge/The Daily Press via AP) MANDATORY CREDIT</p>

NEWPORT NEWS, Va. (AP) — A Navy helicopter crashed in the James River during a training mission on Tuesday, and three crewmembers were plucked from the water uninjured by a passing vessel, authorities said.

The MH-60S helicopter went down near the James River Bridge, Newport News Fire Battalion Chief Stephen Pincus told reporters. He did not specify what kind of boat rescued the crew, who were later transferred to police and fire boats and taken ashore. Photos of the scene show them walking on their own once on land.

Naval Air Force Atlantic Spokesman Mike Maus said no one was injured, but the crewmembers were taken to the Portsmouth Medical Center for observation.

Pincus said the crewmembers appeared to be in "good spirits."

An investigation will be done to determine the cause of the crash, Maus said. The helicopter is part of a squadron based out of Norfolk Naval Station Chambers Field, Maus said.

He said he could not release the names of the crewmembers on board.

Boater David Hayslett, who witnessed the crash, told WAVY-TV that it was hovering low above the water before it crashed. He said the tail of the helicopter hit the top of a buoy and broke off. The helicopter then lost control, he said.

The helicopter is one of several military aircraft to crash in recent weeks.

A Blue Angels pilot was killed while practicing for an air show earlier this month in Tennessee. That same day, a pilot with the U.S. Air Force Thunderbirds crashed in Colorado but ejected safely.

In May, two Navy F/A-18 Super Hornets based in Virginia Beach crashed off the North Carolina coast. The four people on board the two-seater jets survived and were plucked from the Atlantic Ocean in the wake of the crash