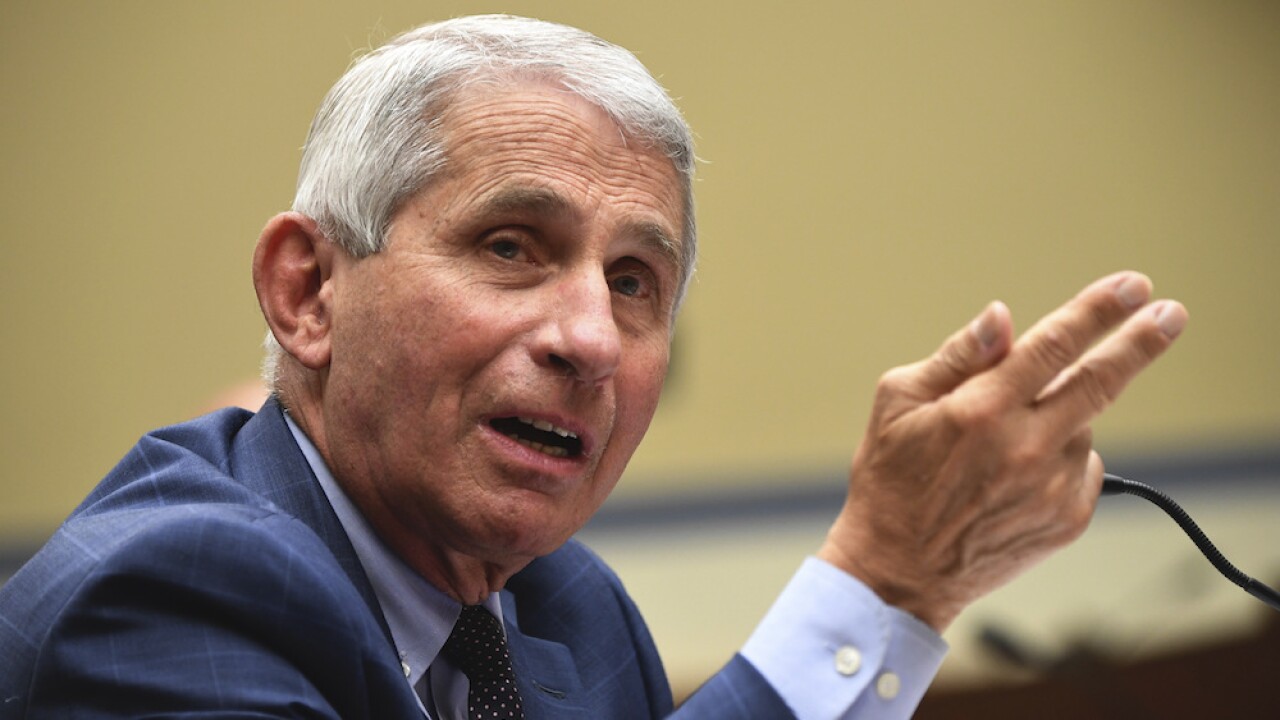 Dr. Anthony Fauci, the nation's top expert on infectious diseases, said Tuesday that he believes that it's "unlikely" that a viable COVID-19 vaccine will be available before the Nov. 3 general election.

Fauci's comments contradict those of President Donald Trump, who implied Monday that a vaccine could be ready by October.

During a health forum with Research!America, Fauci said that while it's not impossible for a vaccine to be safely granted Emergency Use Authorization within the next two months, he doesn't think one will be made available until the end of the year.

Fauci noted that there are three vaccine candidates currently in the midst of the final phase of testing. Two of those candidates — vaccines made by Moderna and Pfizer — both became the first vaccines to begin Phase 3 testing on July 27.

Fauci also noted that both trials are about two-thirds of the way enrolled, and expects those trials to be completely filled by the end of the month. But both trials involve two shots, which need to be taken 28 days apart.

Given the current enrollment levels and the four-week window for the leading vaccine candidates, Fauci concluded that it's "unlikely" that enough testing and research will be completed by Nov. 3 to grant Emergency Use Authorization.

Watch Fauci's interview with Research!America below. Discussion about a potential COVID-19 vaccine begins at the 6:19 mark.

For months, Fauci has been consistent in his vaccine timeline. Since late April, his public statements have indicated that he's "cautiously optimistic" that a vaccine will be ready by January 2021.

Over the holiday weekend, President Donald Trump claimed that a vaccine could be made available by October.

"[It's] going to be done in a very short period of time — could even have it during the month of October," the President said at a press briefing on Monday. "We'll have the vaccine soon, maybe before a special date. You know what date I'm talking about."

On Tuesday, nine drug companies signed a joint pledge, promising to uphold "high ethical standards" in developing a COVID-19 vaccine. The companies also added that they would not seek governmental approval for emergency use authorization until they are confident the procedure is safe.