Internet juggernaut Amazon is flourishing during the COVID-19 pandemic as people turn to online shopping for supplies, but Nevada authorities are investigating the company after insiders say employees are getting sick and management is slow with revealing details. 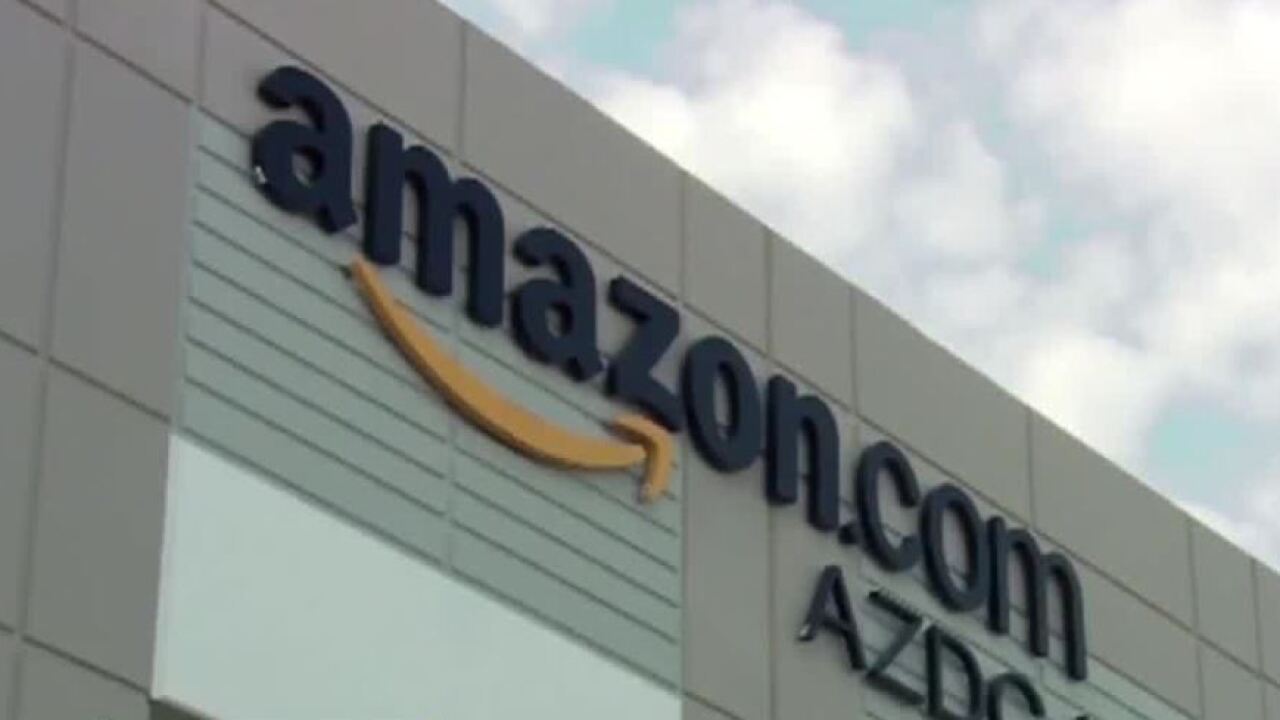 LAS VEGAS — Internet juggernaut Amazon is flourishing during the COVID-19 pandemic as people turn to online shopping for supplies. But, Nevada authorities are investigating the company after insiders say employees are getting sick and management is slow with revealing details.

In a massive, 2.4 million square foot facility near Sloan and Tropical Parkway in Las Vegas, hundreds of Amazon employees file in and help the behemoth internet company deliver everything from above ground swimming pools to toothbrushes.

In a public relations videoes, Amazon has touted the steps the company is taking to combat the spread of COVID-19. The precautions include employee temperature checks, mandatory mask-wearing, routine building cleaning, and social distancing for employees.

But several Amazon employees are speaking out about their safety.

"Some people aren't even following [those precautions], and furthermore, in the break room, there's a lot of people, and it's hard for us not to come into contact with each other because we are right next to each other," said one insider who spoke on a condition of anonymity.

She believes the company, which brought in about $280 billion in 2019, has been slow to reveal new cases of COVID-19 among Amazon employees.

"We were concerned already because we are in a warehouse, and there are so many people and we don't know where [the new cases] are coming from or who has [COVID-19]," she said.

The trouble started in March when word began to spread among employees of possible illness. At the time, the company allowed for unlimited, unpaid time off for employees.

The insider says management otherwise downplayed the presence of the illness among employees.

"Pretty much don't worry about it, and they told us it wasn't in our warehouse, it was in another, and it's all just a rumor," she said.

But as weeks went by, the company acknowledged cases among employees.

An Amazon spokesperson confirmed a case at a "North Las Vegas facility" on April 24.

The company operates several large warehouses scattered around Southern Nevada, and insiders say concerns spread even more among employees about the exact location of the confirmed case.

In fact, an internal email revealed that the company's public relations team deemed local news reports about the situation as "inaccurate," adding the positive case was at a facility internally dubbed "LAS 2" and at the time, no reported cases at the facility named "LAS 7."

The email instructed employees to disregard news stories, and management would "hopefully report new cases before it hits the news."

"When we had the second confirmed case, there was one person in management — I'm not sure of his position — but they had made a comment that, 'Well, by now you all should be immune to it. If you've been exposed to it, so you have nothing to worry about," the Amazon insider said.

The situation went downhill, according to the Amazon insider.

In an internal communication sent on May 5, Amazon revealed that an employee at the "LAS 7" facility had tested positive for COVID-19 on April 30. The email said that the employee was present at the facility for several weeks prior to testing positive.

The company told employees the facility had been "deep cleaned" in accordance with the U.S. Centers for Disease Control and Prevention guidelines.

"It's hard to say you are sanitizing the place, which is not sanitized, by using it every day, the whole time we're there," the Amazon insider said. "Close it down for two days since you hired so many people or allow those who are sick not to feel threatened with their jobs if they need to take off."

The insider says the company eliminated the unlimited time off for employees despite a rise in the number of reported cases among Amazon employees.

The email to employees indicated the company was unable to reveal who had tested positive, citing privacy concerns.

"We work very hard for these people," the Amazon insider said. "We go above and beyond, and some people I see, they work many, many, many hours just to help those in our community."

In response to a request for comment, Amazon's public relations representatives released generic statements that did not include specific locations or confirmed cases.

"We are supporting the individuals who are recovering. Our top concern is ensuring the health and safety of our employees, and we invested approximately $4 billion from April to June on COVID-related initiatives to get products to customers and keep employees safe," Lisa Guinn, an Amazon spokesperson, said. "This includes spending more than $800 million in the first half of the year on COVID-19 safety measures, with investments in personal protective equipment, enhanced cleaning of our facilities, less efficient process paths that better allow for effective social distancing, higher wages for hourly teams, and developing our own COVID-19 testing capabilities."

State authorities could not reveal details about the cases citing the ongoing nature of the investigations.

This story was originally published by Joe Bartels on KTNV in Las Vegas.