Move happens as coronavirus cases surge in areas across US 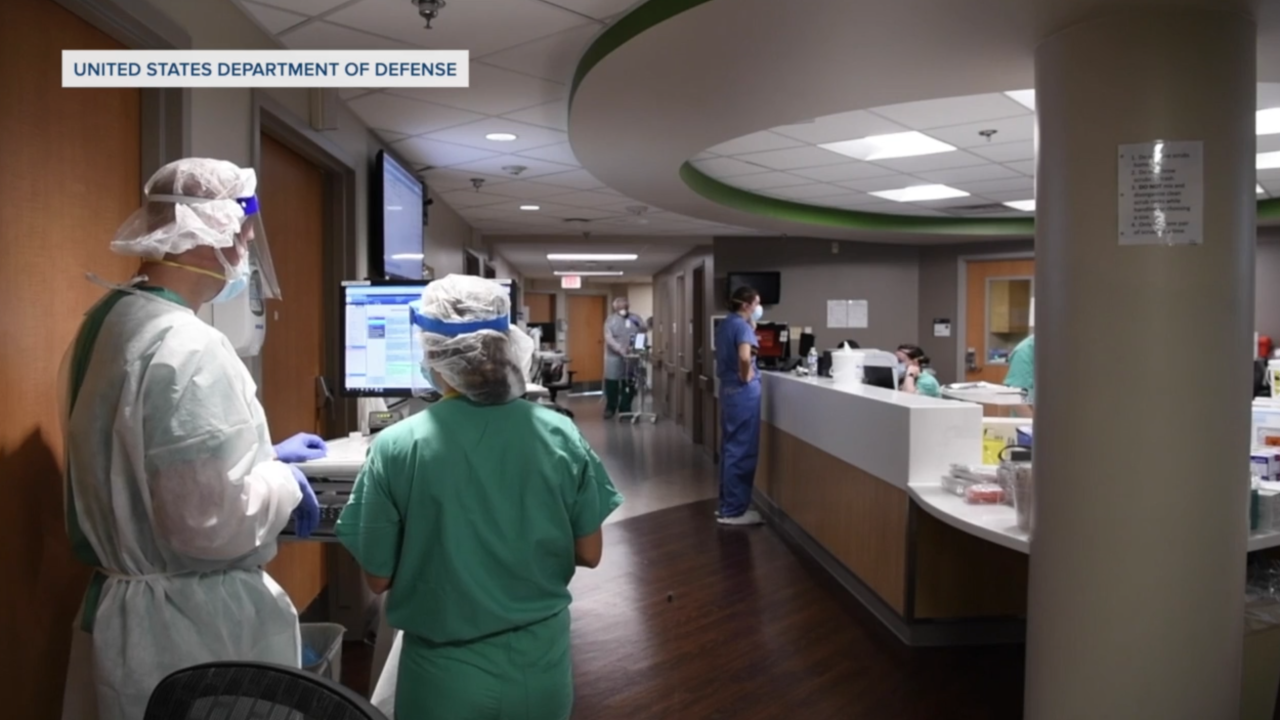 In California’s Coachella Valley, people are concerned about catching the novel coronavirus.

“They’re scared; they’re freaking out,” said Jorge Garcia, who contracted the virus. “I was scared at first because you hear a lot of stories that people don’t make it, they get really sick.”

A lot of people in the desert community, located about two hours east of Los Angeles, are getting sick.

Local county health officials report more than 36,000 confirmed cases of coronavirus in the area and more than 680 deaths.

Now, health experts say there aren't enough doctors and nurses to handle the spike in cases.

“At one point we had over 90 patients in the hospital with COVID,” said Alan Williamson, MD, Chief Medical Officer at Eisenhower Health in Rancho Mirage, Ca. “I think we had about three beds available at our peak.”

Williamson says his staff is overworked and pushed to its limits. And that bringing in traveling nurses to help lighten the load is no longer an option.

“Because of national nature of this pandemic, all of those resources were basically tapped out,” he said.

Now, help is on the way from the United States military.

“The Department of Defense is committed to this fight,” said U.S. Army Major General Mike Stone, who is helping lead a joint military team to help civilian hospitals fight COVID-19.

“We’re tailoring the force,” he said. “We’re giving exactly what’s required where it’s needed on the frontlines to save people’s lives.”

To help slow the spread of this virus and provide relief for staff, Stone says the Department of Defense has sent nearly 600 health care workers from different branches of the military to support almost two dozen hospitals in California and Texas.

“There is a lot of need and if we can save a life, that’s why we’re there,” he said.

The cost of this mission has not been totaled, but Stone says the price is well worth it, as the military shows its commitment to the country.

“When the chips are down, America always pulls together,” he said. “We’re here for however long it takes.”