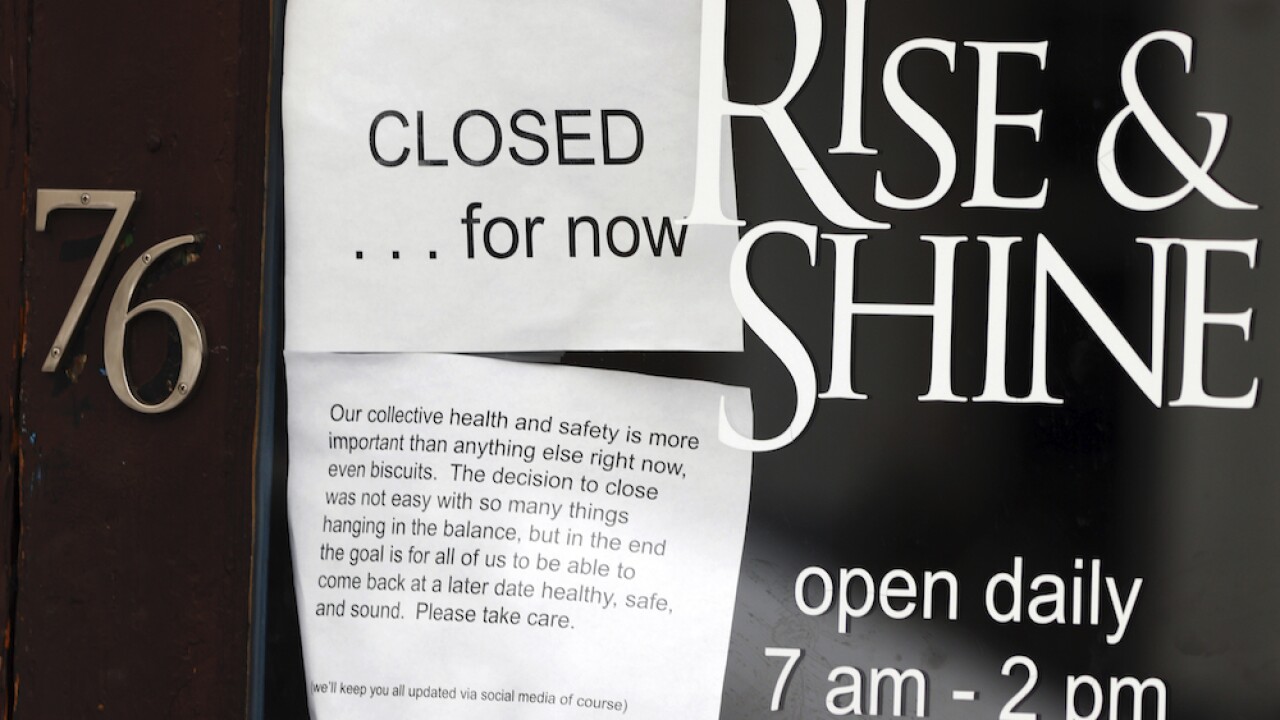 Copyright 2020 The Associated Press. All rights reserved.
David Zalubowski/AP
FILE - This April 16, 2020, file photo shows a closed sign hanging in the window of a coffee house since a statewide stay-at-home order was put into effect to stop the spread of the new coronavirus in Denver. Colorado's unemployment rate rose sharply to 4.5% in March, and a much bigger spike is expected as the state economy slows even more amid the coronavirus pandemic, officials said in a report Friday, April 17, 2020. (AP Photo/David Zalubowski, File)

WASHINGTON — The number of Americans applying for jobless aid was unchanged last week at 884,000, a sign that layoffs are stuck at a historically high level six months after the viral pandemic flattened the economy.

The latest figure released by the Labor Department Thursday still far exceeds the number who sought benefits in any week on record before this year.

About half of the 22 million Americans who lost their jobs due to the COVID-19 pandemic have resumed working in recent months. However, hiring has slowed since June, and many people still unemployed now say they consider their job loss permanent.

The U.S.'s inability to control the virus as other nations have is also contributing to a slowing job market. The country is still experiencing among the highest levels of new infections per day, and analysts believe that Americans are still reluctant to resume normal shopping or spending habits.