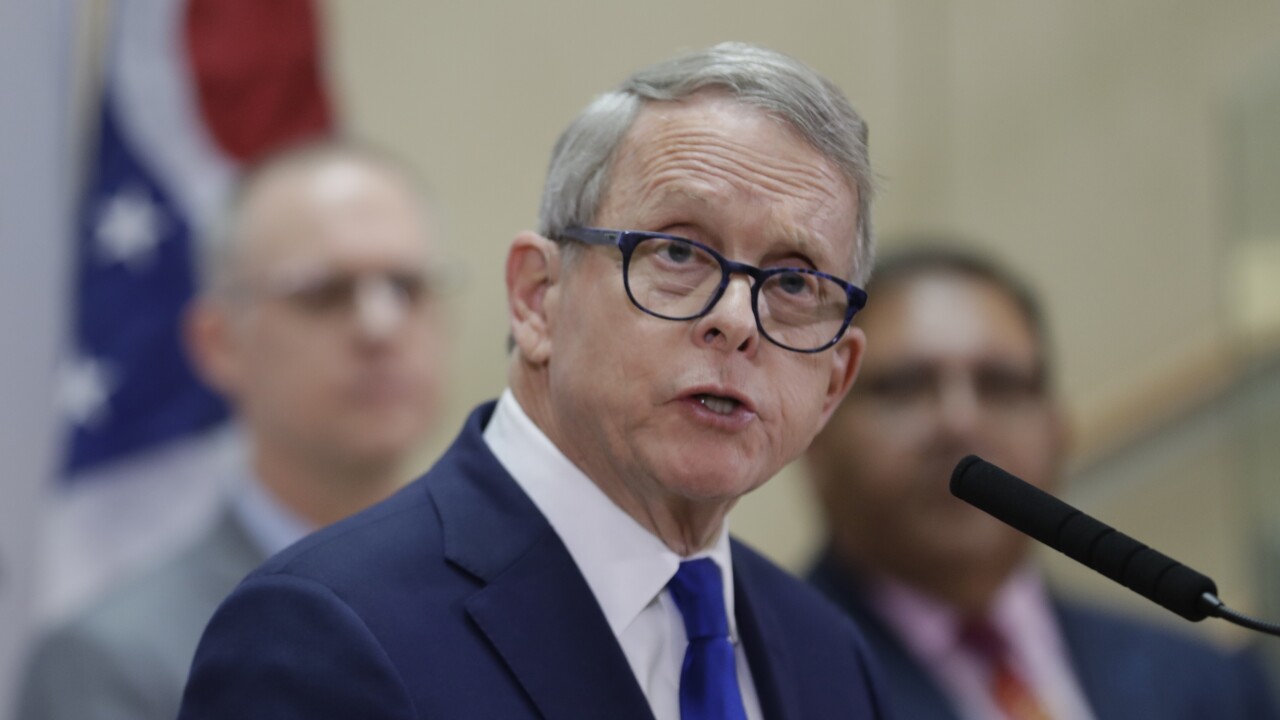 CLEVELAND, Ohio -- After Ohio Gov. Mike DeWine tested positive for COVID-19 earlier on Thursday, he announced on Twitter later on Thursday that he, his wife Fran, and his staff all tested negative.

DeWine took a rapid test for COVID-19 as part of the standard protocol to greet President Donald Trump on the tarmac at Burke Lakefront Airport in Cleveland. DeWine’s office said the governor had no symptoms at the time. On Thursday afternoon in a news conference from his house, DeWine said that other than a headache, he was feeling fine.

As part of the standard protocol to greet President Trump on the tarmac in Cleveland, I took a COVID test. I tested positive. I have no symptoms at this time. I’m following protocol and will quarantine at home for the next 14 days.

Upon returning home, DeWine's staff tweeted he took a "PCR" test, which is considered more accurate for the virus. The test administered by the White House, DeWine's staff says, "represent a new technology to reduce the cost and improve the turnaround time for COVID-19 testing, but they are quite new."

"We feel confident in the results from Wexner Medical Center. This is the same PCR test that has been used over 1.6 million times in Ohio by hospitals and labs all over the state."

DeWine's staff said he plans to take a follow-up test on Saturday to confirm he is negative for the virus.

Lt. Gov. Jon Husted also took the COVID-19 test Thursday as part of the protocol to greet the president. He has tested negative, according to his office.

This story was originally published by Kaylyn Hlavaty at WEWS.