Report: Sturgis motorcycle rally could have led to 260,000 COVID-19 cases 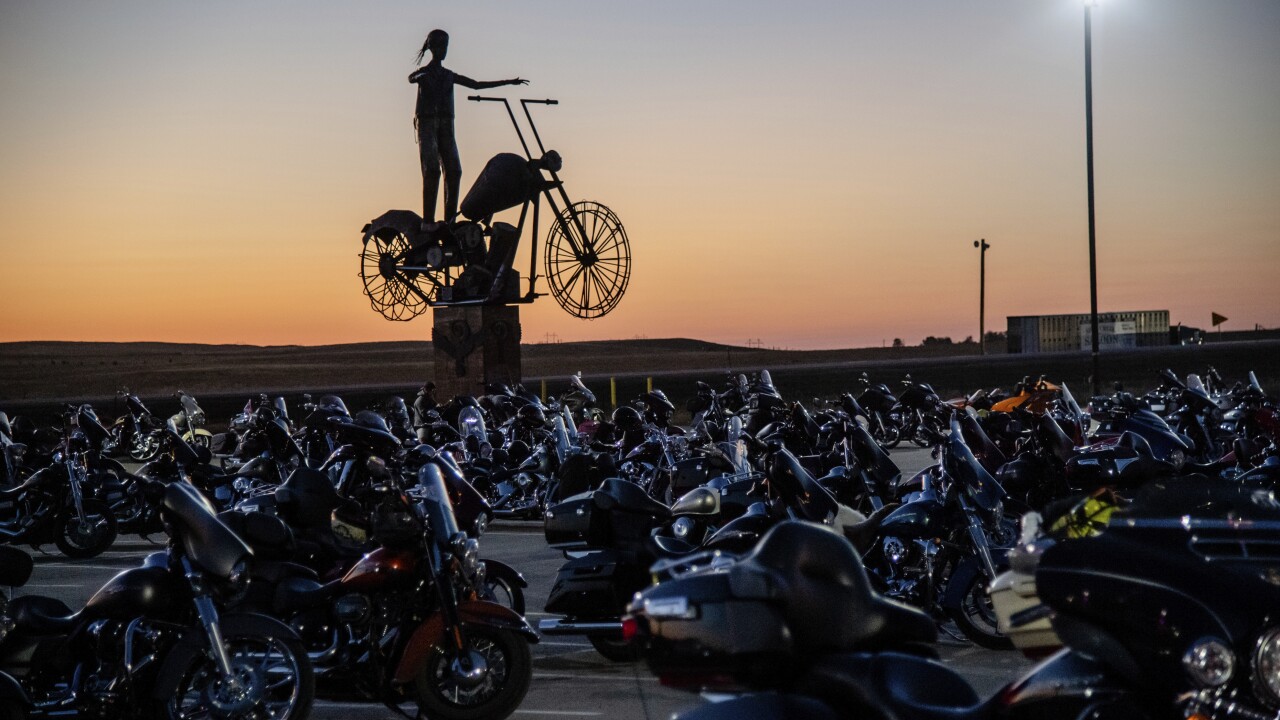 A report looking at cell phone data and geographical increases in COVID-19 cases, has estimated more than 260,000 cases nationwide were a result of the Sturgis motorcycle rally held in South Dakota.

The 63-page report looked at the potential results of a “superspreader” event; an event where “large crowds, coupled with minimal mask-wearing and social distancing by attendees.” It included researchers from San Diego State University, Bentley University and University of Colorado Denver. The results were issued over the weekend and have not been peer reviewed at this time.

The same group has looked at other events, like Black Lives Matter demonstrations nationwide and President Donald Trump’s rally in Tulsa.

For the Sturgis event, they identified counties which saw lots of rally-goers and tracked COVID-19 cases before and after the event in those areas using available CDC data.

Roughly 500,000 people attended the event, according to information from the South Dakota Department of Transportation, which ran from August 7 to 16.

Their research found in counties nationwide who had a lot of Sturgis attendees, the COVID-19 case count in their home counties increased about 10.7 percent from about a month before to a few weeks after the rally.

"Under the guise of academic research, this report is nothing short of an attack on those who exercised their personal freedom to attend Sturgis,” Gov. Kristi Noem said in the statement to The Argus Leader. "Predictably, some in the media breathlessly report on this non-peer reviewed model, built on incredibly faulty assumptions that do not reflect the actual facts and data here in South Dakota."

The state has reported 124 cases of COVID-19 of South Dakota residents who attended the rally.

Last week, state health departments in various states issued warnings about residents who may have contracted COVID-19 at the Sturgis rally. States are relying on patients who test positive to report the possible exposure at the motorcycle rally.

"We're never going to be able to contact trace every single person from Sturgis," Andrew Friedson, one of four authors of the study said. "So if we want a good-faith estimate using, at the moment, the accepted statistical techniques ... this is the best number we're going to get in my opinion."

Using findings from another team of researchers, the team estimates the Sturgis rally may have generated a public health cost of about $12.2 billion. The other study looked at the average cost of non-fatal COVID-19 cases, and put the estimate around $46,000 per patient.