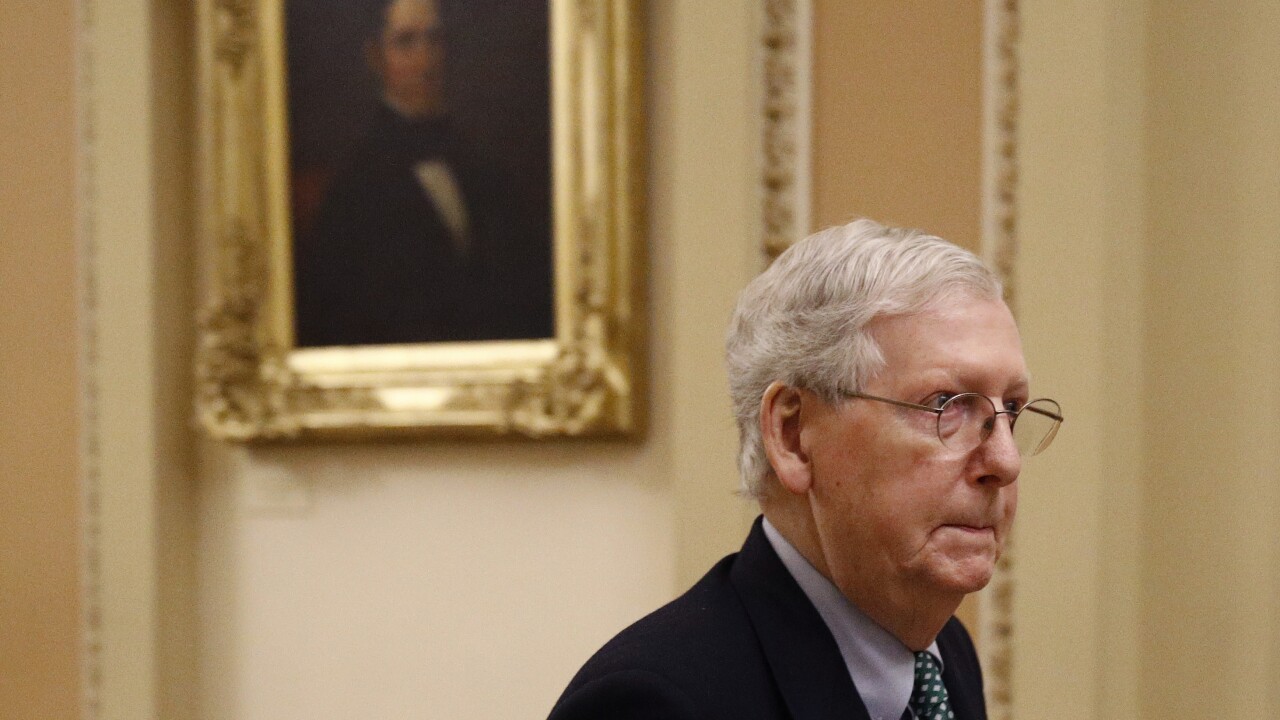 WASHINGTON (AP) — Senate Majority Leader Mitch McConnell says the Senate will vote on a trimmed-down Republican coronavirus relief package, though it has a slim chance of passage in the face of Democrats’ insistence for more sweeping aid.

He says the GOP will introduce a new targeted proposal, focused on healthcare, education, and economic issues. The Kentucky Republican released the approximately $500 billion measure as senators returned to Washington for an abbreviated pre-election session, as hopes are dimming for another coronavirus relief bill — or much else.

McConnell is under pressure from GOP senators in tough reelection races. Those senators are eager to show constituents they are working to ease the pandemic’s strain on jobs and businesses.

McConnell’s bill would provide $105 billion to help schools reopen, enact a shield against lawsuits for businesses and others that are powering ahead to reopen, create a scaled-back $300-per-week supplemental jobless benefit, and write off $10 billion in earlier debt at the U.S. Postal Service. There’s $31 billion for a coronavirus vaccine, $16 billion for virus testing and $15 billion to help child care providers reopen. There is additionally $20 billion for farmers.

McConnell acknowledged the package he will be putting forward “does not contain every idea our party likes.” And he said it was far less than what Democrats are seeking.

But many Senate Republicans are resisting more spending.

Talks between top Democrats and the Trump administration broke off last month.