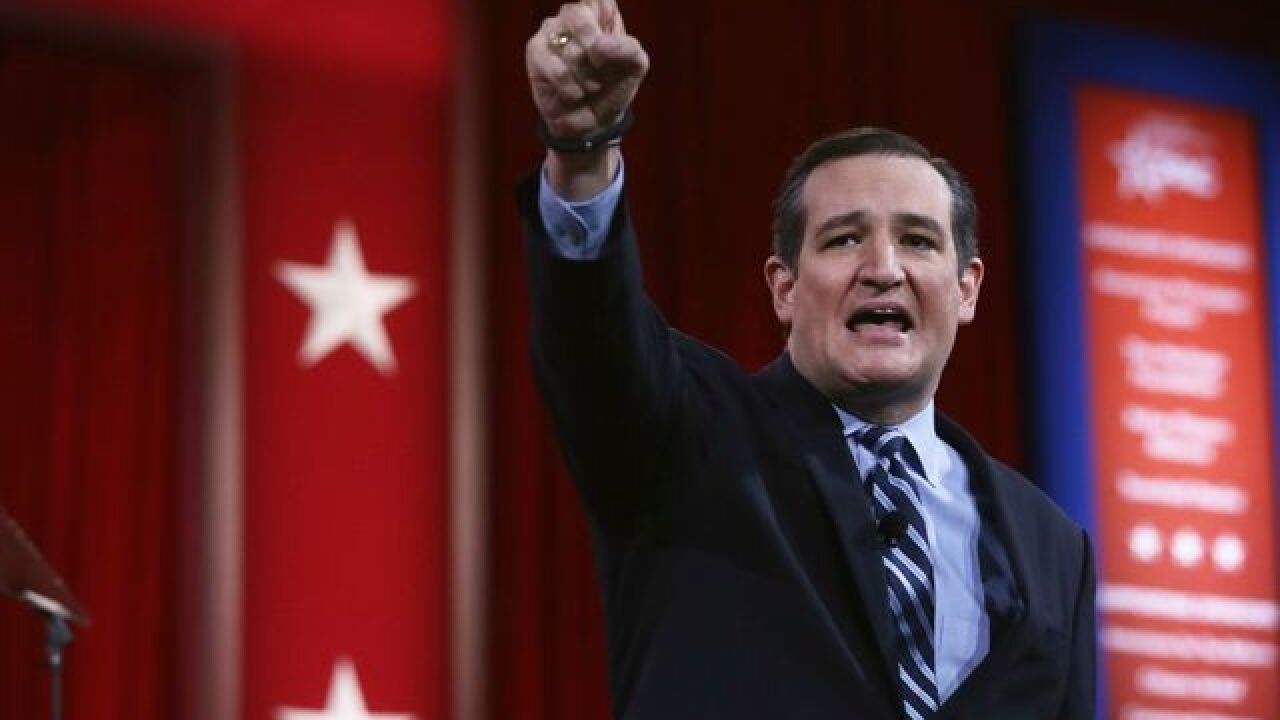 MADISON, Wis. (AP) — Texas Sen. Ted Cruz is trying to cast himself as the GOP's conservative savior as party insiders look for an alternative to Donald Trump, an irony considering his years spent fostering a reputation as an outsider willing to anger fellow Republicans as well as Democrats.

Cruz, a candidate who has railed against the "Washington cartel," is arguing now for a big-tent GOP after his stronger-than-expected performance on Super Tuesday.

Cruz made the pitch for unity to a nationwide audience in Thursday's Republican debate in Detroit. He argued that his four victories, in Iowa, Texas, Oklahoma and Alaska, make him a more viable candidate than Florida Sen. Marco Rubio, who managed to win just Minnesota and faces a nearly impossible road to securing the nomination outright.

"The stakes are too high, and if you are one of the 65 to 70 percent of Republicans who recognize that nominating Donald would be a disaster, then I ask you to come join us," Cruz said during the debate, indicating that national polls show more than two-thirds of Republicans prefer another choice to Trump.

"And if you don't want him to be the nominee, then I ask you to stand with us as a broad coalition of people who believe in the Constitution, believe in freedom, and want to turn this country around," he said.

Cruz's victories appear to be winning over some who just weeks ago couldn't fathom the idea of getting behind the tea party firebrand. Mitt Romney, the 2012 nominee, argued forcefully against Trump on Thursday. Romney also offered a quasi-endorsement of Cruz, saying that either he, Rubio or Ohio Gov. John Kasich should be the nominee. And in another sign of growing mainstream support, Cruz picked up five former national fundraisers for Jeb Bush, who to many embodied the Republican establishment.

"They're realizing it's time to coalesce around Ted," Cruz's spokeswoman Alice Stewart said of the Bush fundraisers coming to their side. "Having those people reach out and join the campaign says a lot."

There also appears to be movement among Cruz's colleagues in the Senate to get behind him — though none have endorsed him to date.

South Carolina Sen. Lindsey Graham, who dropped out of the GOP primary race in December, said recently the choice between Cruz and Trump was "like being shot or poisoned." Days later, as Trump emerged on top in the crucial Super Tuesday contests, Graham's tone changed.

"I can't believe I would say yes, but yes," Graham said, laughing, when asked by CBS News whether he thinks the party should rally around Cruz.

Graham later backed off his comment, saying Cruz and Rubio should join forces to take down Trump, although he admitted to not knowing what that team would look like. Wisconsin Gov. Scott Walker, another failed presidential candidate, also said this week he would prefer Cruz or Rubio to Trump but would back whomever the party nominates.

Distaste for Trump is so strong among Republicans looking for an alternative, Cruz does not see the need to change his anti-Washington campaign rhetoric even as he tries to extend an olive branch for unity.

And his path forward relies not so much on winning states outright as gaining on Trump in the delegate count in states that allocate them proportionally to prevent him from getting the majority needed to win the nomination outright. As it stands, Trump has won only 46 percent of the delegates awarded so far, but he needs to win 51 percent of all the delegates up for grabs if he is to secure the nomination. If he doesn't, it bolsters chances for a contested Republican convention, which many view as a worst-case scenario.

Cruz certainly has the money to remain competitive. Apart from the billionaire Trump, who writes his own checks to pay for his campaign, Cruz is the best-funded of the remaining GOP candidates.

He began February with $13.5 million in the bank, more than twice what Rubio had and far more than Kasich's $1 million. And Cruz said he raised another $12 million last month. None of the other candidates has shared their February fundraising.

What's more, Cruz can count on an array of outside groups that have his back. Those entities, funded in part by billionaire fans, had at least $20 million left to spend at the beginning of February. Toby Neugebauer, who invested $10 million in one of the Cruz super PACs, said he will pump that into the race after March 15.

"The establishment is going to have a decision to make after March 15, and their choice is going to be really simple. Ted is going to be the nominee, and he got there by being the turtle, not the rabbit." Neugebauer said Friday.